LONDON CALLING: The British Prime Minister Boris Johnson’s visit to India should be seen as a significant moment to chart the terrain of a post-Brexit Britain. Yet, the shadow of the Partygate scandal looms large. Ruhi Khan writes on what is at stake for Johnson, both in New Delhi and London. 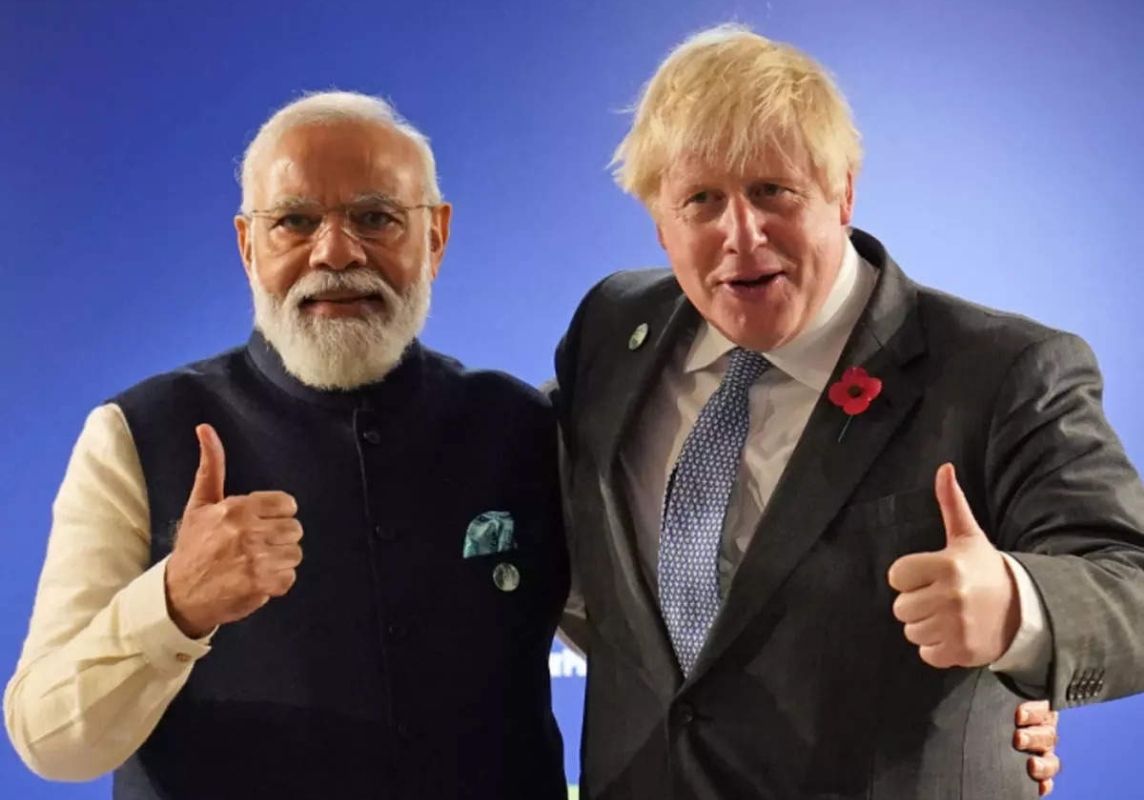 The Prime Minister of the United Kingdom, Boris Johnson, is definitely in a pickle. After much deliberations on whether he should get on the flight to India on Thursday as planned or stay home and try to douse the fire that threatens to consume his premiership,  No. 10 on Tuesday evening finally confirmed that Johnson will board the plane to Gujarat.

But one thing is clear that Johnson’s visit to India cannot be a predictable official visit between leaders of two countries with a few hand-shakes and trips to exotic locations. It has to be bigger and better than ever. Much is at stake for Johnson who is drowning in political and public pressure to quit. This visit is the metaphorical raft that will decide if the British Prime Minister will stay afloat or slowly sink.

On Thursday, while Johnson tours the city of Mahatma Gandhi, Members of Parliament in the UK will be voting on a motion, tabled by the Labour leader Sir Keir Starmer, that will decide whether the prime minister should be referred to the Committee of Privileges, which examines issues relating to contempt of Parliament.

It is alleged that Johnson had misled the House when he claimed that no rules were broken after evidence surfaced that parties were held at Downing Street during the national lockdown. A recent Metropolitan Police report investigating these parties fined the prime minister, his wife and the Chancellor of Exchequer Rishi Sunak.

The debate in Parliament coincides with Johnson’s trip to India and while the Conservatives enjoy a majority in the Parliament and that itself should comfort the prime minister, murmurs within the Tory party suggest that they may well be a few surprises, and many are wondering if it’s wise for the prime minister to abandon fort during such a crucial vote? Well, Johnson is simply leveraging one of his greatest strengths – his allyship with the Indian Prime Minister Narendra Modi – to offer the British public a reason to move on from Partygate and revisit his vision for a ‘sovereign Britain’.

Johnson had promised that one of the ways for Brexit Britain to secure sovereignty would be through mutually beneficial and far progressive bilateral deals with countries like India without the interference of European Union. The two prime ministers launched the Enhanced Trade Partnership in May last year to set out Roadmap 2030 and begin negotiations for a UK-India Free Trade Agreement. Johnson will meet Modi on Friday in New Delhi and aims to cement that partnership, his visit serving a catalyst for a speedy completion of the FTA.

After cancelling two visits last year; first in January due to the winter surge in Covid cases in the UK and then in April when India was engulfed in the second wave of Covid, Downing Street cannot afford to risk India’s scorn by cancelling once more. In an increasingly isolated Europe, Britain needs to build friendships and partnerships across the Commonwealth. More importantly, if Boris Johnson wants to deflect attention from Partygate and the tremulous pandemic past, he has to give the British public a reason to celebrate and instil hope for a better future.

And India may just be the key.

For Johnson, successful trade deals with India will go a long way in curtailing the cost of living crisis in the UK and temper the anger of the British households. India is UK’s 15th largest trading partner at £23.3 billion in 2019. Foreign direct investments of the two countries also remain robust, with UK investing £15.3 billion in India and India £9.5 billion in the UK. The British government predicts a deal with India will boost UK’s ‘total trade by £28 billion annually by 2035 and increase incomes across the UK by up to £3 billion.’

India has already signed trade deals with UAE and Australia recently, while only the second round of negotiations between India and UK concluded in London in March. Four chapters out of 26 policy areas of the FTA between India and Britain have now been completed, and the rest are expected to be finalised by the end of this year.

This FTA with India will be one of the biggest achievements of the Tory government as it offers tremendous opportunities to the UK. For example, India’s import requirements are set to be worth £1.38 trillion in 2035 – a huge market that the UK wants to exploit to the fullest by increasing the competitiveness of British products to a growing Indian middle-class consumer market of 30 million (2019) and expected to reach 60 million in 2030 and 250 million in 2050! 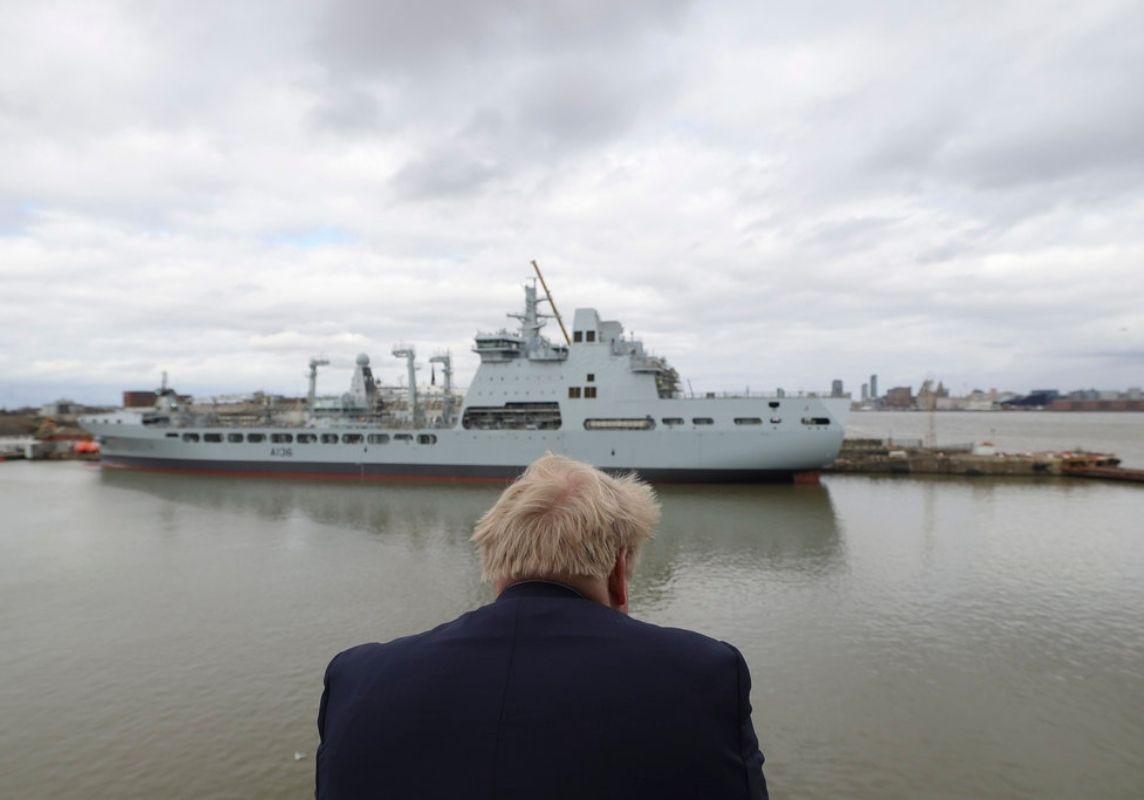 Of course, Indian exports will also increase (30% by 2035), making Indian goods more accessible to UK consumers. Import demands in the UK are growing in agriculture, and telecommunications and IT services by 88% and 61% by 2030 and India is suitably poised to meet these demands.

In addition, deeper penetration of the Indian market will also boost the UK’s presence in the Indo-Pacific region that has 40% of the global GDP and make the UK less vulnerable to the political and economic upheaval in Europe and America.

The UK is the second-largest defence exporter in the world, and India is the largest importer of arms – a perfect match in today’s aggressive world! The UK is looking to recuperate from losses it sustained during the pandemic and India is shopping for an alternative to Russia, and both countries are hopeful that a huge defence partnership may be in the works.

Defence Secretary Ben Wallace believes that close collaboration with India will help both countries ‘innovate’ defence equipment programmes and systems, and some progress was made in this last year where the two countries committed to work closely in support of India’s indigenous development of the Light Combat Aircraft Mark 2, and promised further industrial collaboration in areas like maritime propulsion, space and cyber.

It was also agreed that in the deal between Hindustan Aeronautics Limited and Rolls Royce to move aspects of the manufacture of the MT30 Gas Turbine engine to India. The MT30 engine is the basis of the UK’s Integrated Electric Propulsion system employed widely in naval vessels around the world.

But the progress since then has been slow, and insiders claim several ‘legacy issues’ have been serving as roadblocks. This visit will be crucial to smoothen them, and while the UK may prefer to use India as a quick dumping ground for its manufactured weapons, India will only be willing to close on a deal that will see at least some of the parts of the defence equipment be produced in India under the ‘Make in India’ banner, according to a government official.

In 2019 around 9,900 UK businesses exported goods to India, 98% of which were small and medium-sized enterprises (SMEs). One of the biggest barriers to UK’s trade with India were the high and complex tariffs; UK exports face an average 18.7% tariff in 2021, consistently increasing over time (13.4% in 2016). In the FTA, one huge bonus for exporters is the promise of reducing red tapes and costs by removing India’s tariffs on imports, thus encouraging transparency and confidence in enterprises conducting business with India.

Even on the UK domestic front, Indian owned businesses employ 95,000 people across the country with a large concentration in West Midlands, London and Wales. In the past three years 15,000 news jobs were created by just Indian investors. According to the UK government, around 63,000 UK jobs were directly or indirectly supported by exports to India in 2016. A stronger partnership with India, will add to employment and entrepreneurship in the UK.

Prime Minister Modi’s presence in Glasgow for the COP 26 in 2021, went a huge way for the success of the summit that saw an absence of several leaders crucial in the discussions on climate action. Climate is one of the pillars of the India-UK 2030 Roadmap and the two countries are working together to boost climate resilience and climate financing. At COP 26, UK and India announced the One Sun One World One Grid Initiative, an international coalition of national governments, financial organisations, and power system operators to accelerate the construction of new infrastructure that uses green solutions to coal-powered processes.

With energy costs turning out to be a hugely contentious issue in the UK, any collaborations with India that aim to reduce energy bills will be seen as a huge success for this government that repeatedly refuses to tax energy companies to lower consumer bills. There are also several opportunities for bilateral collaborations between the public-private sector players in both the countries to help accomplish climate goals.

Similarly the health care sector sees India and UK as ‘natural partners’ with ‘complementary strengths’. UK residents are well aware that a huge cache of the much required Covid vaccine – Astra Zeneca – came from a collaboration between Oxford University and Serum Institute in India. Johnson’s visit will see more collaborations in healthcare, science and technology on the agenda.

Several other issues may also make it into the discussion, like education, immigration and extradition. Indians constitute the second-highest international student population in the UK, and while the recent two-year post-study work visa is attractive, there is demand to open up the country for young skilled professionals. Britain is also keen to return illegal immigrants to India, but a dispute over the figures has led to an impasse. Of course the elephant in the room is the dismal outcome of extradition cases. There is pressure on India to demand from their British counterparts a faster and effective resolution to extradite economic fugitives like Vijay Mallya and Nirav Modi to India.

While the British public expect the prime minister to convince India to change its policy towards Russia, Johnson has explicitly stated that he ‘’would not seek to lecture other democratically elected governments on what course of action was best for them’. Recently, Sunak suffered a huge public outrage when the British media wrote that Infosys, a company his wife Akshata Murty (daughter of Narayan Murthy) has a stake in was operating an office in Moscow.

Of course a two-day visit will not provide an avenue to hold discussions on every pertinent issue; it, however, does reaffirm the commitment of the two countries to move steadfast in a strong partnership towards shared goals.

While Partygate has dominated the press coverage for Johnson, the international press coverage for India has also largely focussed on rising communal tensions and domestic disputes. It is in the best interest of both the governments that this visit is used to make some big announcements that distract the press and the public from domestic politics and puts the spotlight on international partnerships that promise a better and brighter future.

The Quiet COVID Calamity: Delays in the Criminal Justice System
VIDHI WRITES: Why Taxing Cryptocurrencies Is An Uphill Task