LONDON CALLING: Ruhi Khan argues that for Prime Minister Narendra Modi, the global climate summit– COP26 – in the UK, not only offers an opportunity to help diffuse the ticking climate change bomb, but also position India as a leader of the Global South committed to a collective action that benefits all. 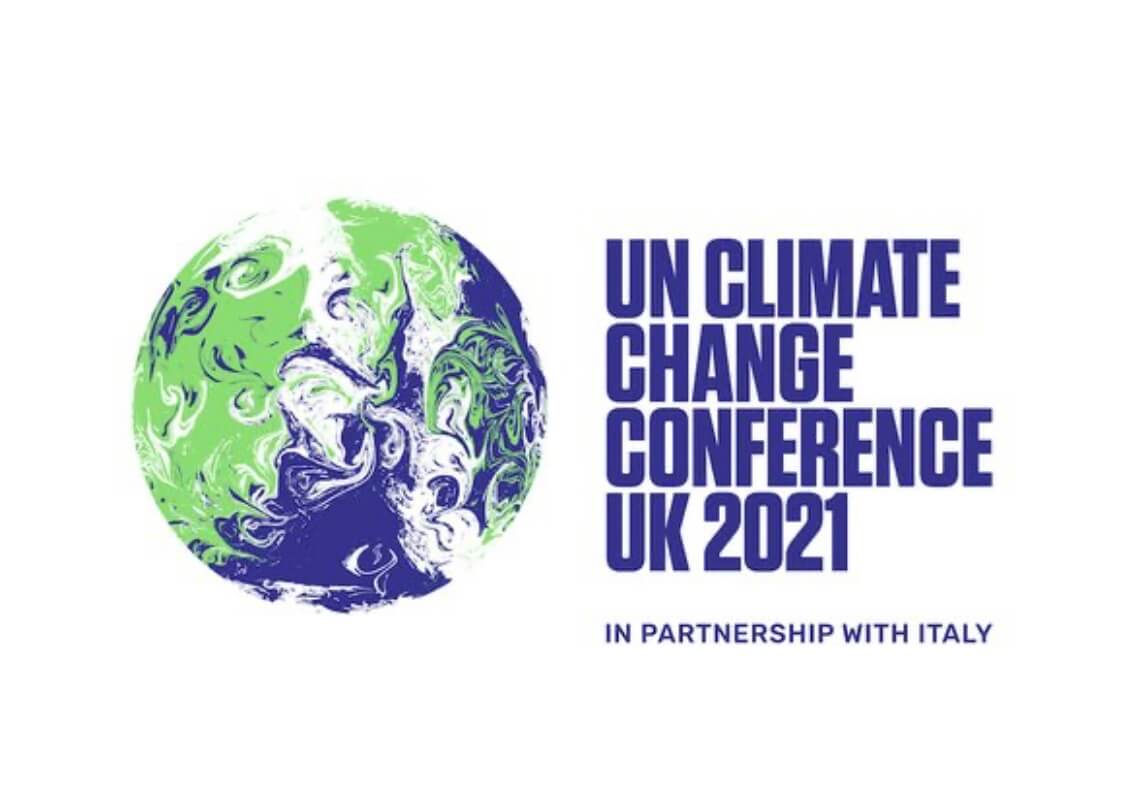 Prime Minister Narendra Modi’s declaration to join the World Leaders Summit in Glasgow next week, when several key leaders including China’s Xi Jinping, Russia’s Vladimir Putin and Brazil’s Jair Bolsonaro have refused, has thrown the spotlight on India and positioned it as an important partner willing to engage with the global community to find solutions to the climate crisis.

India could now take on the important role as a lead negotiator for the Global South at this 26th Session of the Conference of the Parties (COP26) to the UNFCCC which will see over 120 world leaders including US president Joe Biden, British prime minister Boris Johnson, European Commission president Ursula von der Leyen, French president Emmanuel Macron, Australian prime minister Scott Morrison in attendance along with members of the British monarchy – Prince Charles and the Duke and Duchess of Cambridge.

The British Queen Elizabeth II just pulled out of the summit due to ill health but has been a strong advocate of collective action against climate change. Environmental activists like David Attenborough and Greta Thunberg and thousand others will also head to Glasgow to demand more effective policy measures.

Why COP26 is important

After a year-long delay due to the Covid-19 pandemic, the COP26 brings in governments, trade unions, environmental activists, NGOs, businesses and the public interested in climate change to review the progress made post the Paris Agreement, an international treaty signed by almost all countries in the world at COP21 in Paris in 2015 and plan for the future of the planet.

COP26, which runs between 31 October and 12 November 2021, is crucial as it will test the ratchet mechanism which requires ambitions to rise every five years and substantial action to be taken before the summit. In the Paris agreement, nations committed to bring down emissions and curtail global warming to below 2ºC and preferably below 1.5ºC and set their Nationally Determined Contributions (NDCs).

This is a timetable that charts the plans nations have put in place to lower carbon emissions and is updated every five years. The goal is now to secure global action that limits warming to 1.5ºC and for this emissions need to halve by 2030 and a ‘net-zero’ target needs to be reached by 2050. This is possible, says the 2021 Intergovernmental Panel on Climate Change report but not without urgent and unprecedented action.

However according to Climate Action Tracker, many countries woefully fall short in their NDC ambitions. Current NDCs project a ninety five percent chance of failure to meet the target of 2ºC and ninety-nine percent chance to never reach 1.5ºC. As Alok Sharma, the president of COP26, says the goal is to “keep 1.5 degrees alive”. With the climate crisis reaching a tipping point, COP26 will be a litmus test of the move from talk to action.

Negotiator for the Global South

Prime Minister Modi occupies a unique position to lead the climate summit and argue from the perspective of the Global South. Poorer countries suffer disproportionately due to the climate crisis and India has ceaselessly advocated more funding by the Global North towards climate related emergencies in the Global South.

One of India’s main goals in the climate summit is to help push for $100 billion in climate funding through a Loss and Damage Compensation Mechanism towards which India is also willing to contribute.

India is confident to receive support of 25 other nations for this proposal. India has good foreign policy relations with several countries including the UK.

The British foreign secretary Liz Truss was recently in India to strengthen bilateral relations. In September. Modi held bilateral talks with Biden where the two discussed measures to mitigate climate change. Also during the Covid-19 pandemic, India with its Vaccine Maitri programme has strengthened its ties with smaller nations including island nations that look up to India to lead negotiations that could benefit them all.

At the World Leaders Summit on November 1-2, all eyes will be on Modi to see how ambitious India is with the goals and what actionable plans has been put into place. With a great play of words, Modi has often enthralled audiences worldwide and fostered many friendships across nations. However, this time words alone will not be helpful. Action is imperative.

On a climate time bomb

For India too, the climate crisis is a ticking time bomb. 22 Indian cities rank in the top 30 most polluted cities in the world, and it is not surprising that the capital New Delhi is expected to become unlivable by 2100. According to a study in The Lancet Planetary Health in July 2021, almost 740,000 excess deaths in India annually were a result of climate change induced abnormal hot and cold temperatures.

This also has serve implications on agricultural production. Have you have wondered why Indian monsoons are getting more erratic and wetter? It’s because every additional degree of warming adds an increase of 5% to the rains. 33 million people in South Asia will be impacted by river flooding every year by 2100. Repercussions of this are already glaringly visible in India and fuelling climate migration.

This week, a study by the Council for Energy, Environment and Water found that 80% of Indians live in areas that will see catastrophic events due to climate change. The analysis showed that India’s western and central zones are more draught-prone whereas the eastern and southern zones could suffer from extreme cyclonic events.

Another study by International Institute for Environment and Development, showed that 70% of the households they interviewed blamed distressed migration on climate change events like draughts and floods. The human and economic costs of this is absolutely staggering.

Cutting down on coal consumption

India ranks third in the world for its carbon dioxide emissions, producing more than 1.1 billion tonnes annually, trailing behind China and the United States. Yet, on the positive, its per capita emissions are much lower.

India is ranked at 140th with USA at 14th and China at 48th. In China, a rigorous industrialisation saw a staggering rise in carbon emissions and as India continues with its development goals, many are fearful that India will follow a similar trajectory.

In India, coal continues to remain a major contributor to energy needs and India has one of the largest coal pipelines in the world. A recent move to increase domestic coal production has opened coal mining to private companies that will cause an upsurge in emissions. India’s coal capacity would increase from current levels of over 200 GW to almost 266 GW by 2029-2030 according to government reports.

This will increase emissions and climate risks. But unlike Europe and America, India was late to the industrial revolution and will need to peak before it declines. China has declared that its emissions should peak in 2030 and it will achieve a net-zero target by 2060.

A study by the Grantham Research Institute on Climate Change and Environment and co-authored by economist and former civil servant Montek Singh Ahluwalia, believes that India’s greenhouse gases emissions could peak in 2040 but while India would peak later than China in pure time terms, it would actually peak greenhouse gases emissions much earlier in the development process than China.

An optimistic projection sees India achieve a net-zero by 2065-70. However, in lieu of 1.5ºC limit of the Paris Agreement, India needs to phase out coal use from its power sector by 2040 while finding alternative employment of over half a million coal workers. So far, India has neither been specific about its NDCs nor its net zero targets. Both will be crucial to charter the direction India hopes to take to curtail climate change.

This is where the Indian prime minister can take a strong stand to counter the global fears. A strong decisive and time bound plan of how India will lower its dependency on coal and clear definite goals that balance India’s growing energy needs alongside lowering its greenhouse emissions is the cry of the hour.

An important step in that direction would be to speedily decarbonising its energy sector. Earlier India had promised 175 GW by 2022 but had only reached the 100 GW mark in 2021. It has now set an ambitious goal to increase its renewable energy capacity target to 450 GW by 2030, a step in the right direction as renewable energy – wind and solar – are the more affordable and climate friendly alternatives to the coal-fired power generators.

According to the Ministry of New & Renewable Energy, India is in the 5th position globally in solar power deployment and has the 4th highest wind capacity in the world. India’s solar power capacity has increased by more than 11 times from 2.6 GW in March 2014 to 30 GW in July 2019 and its total wind capacity installed was 39.25 GW as on March 2021.

Another measure India has put forth is to replace 30% of vehicles with electrical vehicles by 2030. India recently announced 257 billion rupees on incentives in the automobile sector to boost production for electric vehicles.

Globally, the transport sector is the fastest-growing contributor to climate change and accounts to almost a quarter of the greenhouse gas emissions. Switching to electric vehicles is a key to reduce greenhouse gases and aligns with the goal of COP26.

Apart from climate benefits, decarbonising the energy sector has economics benefits for India too. According to a report by Deloitte in August, if India succeeds full decarbonisation, it could achieve a GDP growth of 8.5% by 2070 and about $4 trillion gain in economic output.

Failing to do so would result in $35 trillion losses across sectors by 2070 with an average of 5.5% per year. However, this can only be achieved if India sets ambitious targets and closely monitors its implementation.

At the COP26, India will no doubt be seen as a key partner to bring down green-house emissions and help in the global fight to avert climate catastrophes. It is crucial that India must stand not just as a symbol of hope but also one of action.

Why BCCI Must Take Over All Indian Sporting Bodies
Indian Football In A Fix: Here’s Why