The Crime in India Report for 2020 has been available for some time now, and in December 2021 it was complemented by the Prison Statistics India Report [“PSI Report”] for 2020 — both of which are published by the National Crime Records Bureau [”NCRB”] of the Government of India. In an earlier piece here, I argued that the data revealed in the Crime in India Report of 2020 showed us that the already struggling criminal justice system had taken a body blow as pendency rates had shot up in trial courts, primarily on account of the lockdowns imposed to contain the spread of Covid-19. Now, it’s time to turn our attention to the 2020 PSI Report. 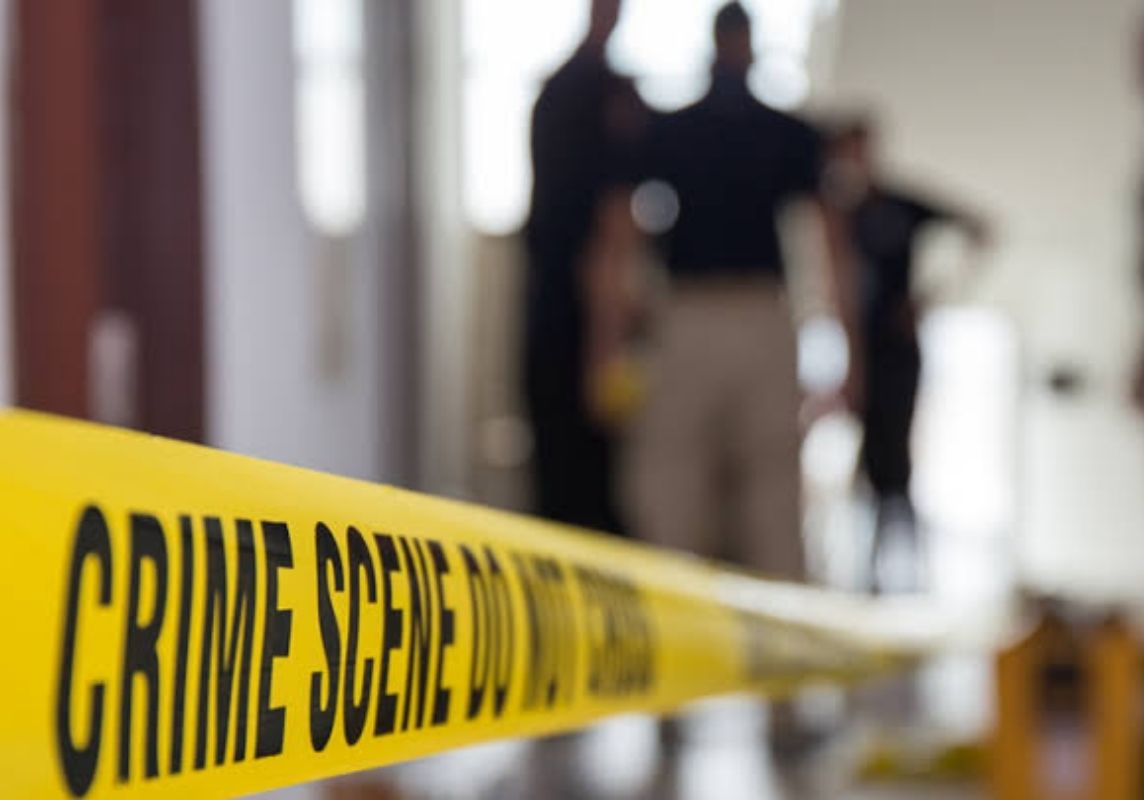 The focal point of this piece is to reiterate the skepticism already raised by some, including the researchers and observers at the Commonwealth Human Rights Initiative [“CHRI”], regarding the validity of the figures in the PSI Report for 2020. At the same time, I also broach the broader subject of the anodyne nature of criminal justice data in India as viewed from the perspective of both research and advocacy. It is unsatisfactory that we get these reports are published only on a yearly basis. Those at the helm of affairs ought to appreciate the critical role that data can play in aiding reforms, both in Parliament and in Court.

The PSI Report 2020: Assume Accuracy at Your Own Peril

The headline figures in the PSI Report have been played up since its release in December 2021: the rise in total prisoner population has reached around 4.8 Lakhs at the year-end, but this year has seen a dip in the total number of convicts (down to around 1.1 Lakh), and an almost 7% rise in the total number of undertrial prisoners in India’s prisons (Around 3.72 Lakhs). From around 31% convicts and 69% undertrials, we are now at 24% convicts and 76% undertrial prisoners. This, as has been rightly pointed out, is a shocking state of affairs.

The primary explanation offered for this big swing has been the lockdowns enforced to curb the spread of Covid-19. As we are aware, all arms of the state-operated only fitfully for a large part of 2020, and the trial courts were no exception.

However, while Courts largely ceased functioning altogether, the police did not. Going by the Crime in India numbers, arrests continued to take place at an even higher rate than in 2019. This meant that while arrests happened more frequently, the time taken for processing bail hearings and trials had gone up. Longer trials meant fewer cases concluded, and thus, lesser numbers of convicts being brought in. Simultaneously, more prolonged bail hearings meant that more undertrials remained in our prisons.

On the face of it, this analysis makes sense. However, after taking a closer look, it becomes evident that the analysis comes unstuck because the PSI Report has not carried out any discussion on one of the most significant aspects of the prison policy for 2020, i.e. to the various steps taken across states and UTs during that year to decongest prisons in furtherance of the attempts to contain/slow down the spread of Covid-19, as per the directions passed by the Supreme Court.

These directions led to the setting up of “High-Powered Committees”, which recommended temporary release of both convicts and undertrials, at much higher-than-average rates [CHRI has documented the work of these committees, for anyone interested in taking a look]. Convicts were released on emergency parole or interim bail, and similar concessions were advanced to a vast category of undertrials. These concessions were extended periodically throughout 2020 (and also for parts of 2021).

Amazingly, there is barely a whisper about the High-Powered Committees in the 2020 PSI Report and these measures taken to decongest prisons. A solitary reference is buried away in Chapter 10, which is titled “Rehabilitation and Welfare of Prisoners”, and there too only the work of the committee for Andhra Pradesh is mentioned. beyond this, the extent of the discussion pertaining to the pandemic is limited to the steps taken to distribute masks etc. Chapter 8, which deals with deaths and illnesses in prisons, does not even discuss Covid-19, Therefore, by sleight of hand, the NCRB has simply made the problem of Covid-19 in prisons disappear from official records.

But I digress, and we must return to the High-Powered Committees. As a result of this failure to engage with the committees and their work, the report fails to deal with the issue of prisoners who are outside prison owing to “interim” reliefs. Traditionally, this is a non-issue, as the numbers of these prisoners are so few as to not cause a big dent in the overall analysis. This time, however, this is probably a five-digit number and makes a huge difference not only to the figure of total prisoners but also to the ratio of convicts to undertrial prisoners. The Report failed to discuss this massive issue, and its failure to do so seriously impacts its credibility.

Traditionally, and as per the stated methodology of the PSI Reports, the data represents numbers for prisoners inside jails at the time of counting. This would mean that the 2020 Report probably excludes a big slice of the prisoner population that was out temporarily and was back inside the prison during 2021. Consequently, there would be a swelling of the number of total prisoners beyond the 4.8 Lakh figure that the Report indicates, estimably to at least over 5 Lakh prisoners. Further, the 7% change in the ratio of convicts to undertrials might either be a shade lower in reality or troublingly, even higher.

The PSI Reports have been running for over a quarter-century, and the Crime in India Reports are almost as old as the Indian Republic. But to what end are we engaging in these massive data-gathering and presentation exercises? Is anyone taking a step back and trying to see how this trove of data can be used for advancing the collective aims of criminal justice reform that are shared across all wings of the state?

It seems not. If anything, the element of analysis in these reports has progressively thinned over time. So much so that the Crime in India Reports today are little more than a smorgasbord of various tables, graphs, and pie-charts. The reports have fattened over time, certainly. This is not attributable to the more nuanced presentation of data, though, but by virtue of NCRB simply giving more of the same basic data across new fields. Often, data is provided without even trying to ensure some measure of consistency across metrics in one report, let alone in both.

Another smaller and fairly obvious problem is that this basic data is sometimes offered by using categories that, from a practical perspective, do not make sense. At various places, the Crime in India Reports carry data on “Burglary” (Table 12. A2, for instance). Unfortunately, there is no offence of “Burglary” per se within the penal code or special laws. This is but one of many such examples that can be found across both NCRB reports.

Moving on to more complicated problems with the NCRB data, let us take the example of the issue of arrests, custody, and bail. The figure for total persons arrested (under both general crimes and special crimes) is provided in Table 19A.9 of the 2020 Crime in India Report and stood at around 68 Lakh persons. What we then have is Table 19A.10, which details “persons arrested under various sections” of the Criminal Procedure Code. This figure includes preventive arrests, and therefore stands higher (around 71.2 Lakhs), which makes sense. However, the figure for the corresponding procedural section allowing arrests on suspicion of a crime (Section 41 of the procedure code) is abysmally low at 2.8 Lakh persons when compared with the figures given elsewhere in Table 19A.9, which we referred to above. Since it is the only provision in general law, it does not apply to be true.

Things get murkier still. Table 19A.9 gives us details of the “disposal” of these persons, but it does not contain a column about how many of them are released on bail and the nature of their bail. Table 19A.10 offers us some indication by giving information on the persons released within 24 hours of arrest. Again, however, this is a frustratingly incomplete picture. Persons released might be bailed out, or simply released by the police as and when found irrelevant to the case.

Of course, this data does not reflect what happens to the persons detained beyond 24 hours — how many of them are sent to jail immediately and how often does the police demand further police custody? The total number of these persons is reported at 19.7 Lakhs in the Crime in India 2020 Report. Again, this figure includes preventive arrests where no question of trials is involved, and if we try to reconcile the statistics by accounting for that figure, 19 Lakhs trims down to barely 44 thousand odd persons.

None of this data corresponds with the figure given in the 2020 PSI Report for a fresh intake of prisoners, which is pegged at around 16 Lakh persons. Since this figure does not demarcate between the different kinds of inmates or offences, we cannot tell how many are fresh undertrials and/or the kinds of crimes for which they are sent to judicial custody. We can glean that this figure is at least 12.32 Lakhs — the total number of undertrial prisoners released on bail — but that is about as far as we get. When it comes to the issue of prolonged custody, things do not get any better. Critically, the PSI Report fails to give us data on bail and the average lengths of custodial detention from an offence-specific perspective. Thus, it becomes impossible to separate the cases of bail being denied for minor crimes from those of serious offences like murder.

As a result, what we have is a classic case of data-gathering work happening in isolated silos within the same organisation. This failure to look past small targets is creating inconsistencies within the same report, and contributing to the NCRB creating two reports which barely interact with each other. Simply put, the reports cannot see the wood for the trees.

If our official data gathering exercises are to serve any effective purpose, then surely someone has to start paying attention to broader trends and connections in the data scraped from our police stations and prisons. The NCRB is best placed to do that, either by including new chapters within the existing reports or by carrying out a supplemental publication that manages this exercise.

The urgency of this exercise cannot be underestimated. By all accounts, the issues of pendency and undertrial incarceration have breached the metaphorical tipping point, and are already overwhelming the system, not merely threatening to do so. If “justice” is to be administered through the criminal process, then legislators and Courts will need sensible data and analysis to help make sense of the gargantuan problems with a degree of accuracy and reliability.

Even the fuzzy data shows us that business as usual comes at an incalculable toll on life and liberty. I fear what the picture will look like when brought into sharp relief.

The author would like to thank Madhav Aggarwal for his assistance and inputs.

Virat Kohli Puts his Career on the Line. What is Next For the Former Indian Skipper?
Rahul Returns: What Could Be Dravid’s Stamp in the Dressing Room