Saw? That goal? From Richarlison – of Brazil, where else? Home to mononymous footballers with multi-dimensional, acrobatic, fast-twitch-leap-scissor-kick fibres? Brazil’s 2-0 win against Serbia on Thursday night marked end of the first round of the 2022 FIFA World Cup in Qatar. The first five days was replete with stellar Asian upsets against established powers, shows of courage and demonstrations of protest but also awash with sizeable helpings of FIFA hyper-brand-control and a large number of Anglosphere media’s tone-deaf mealy-mouthedness. 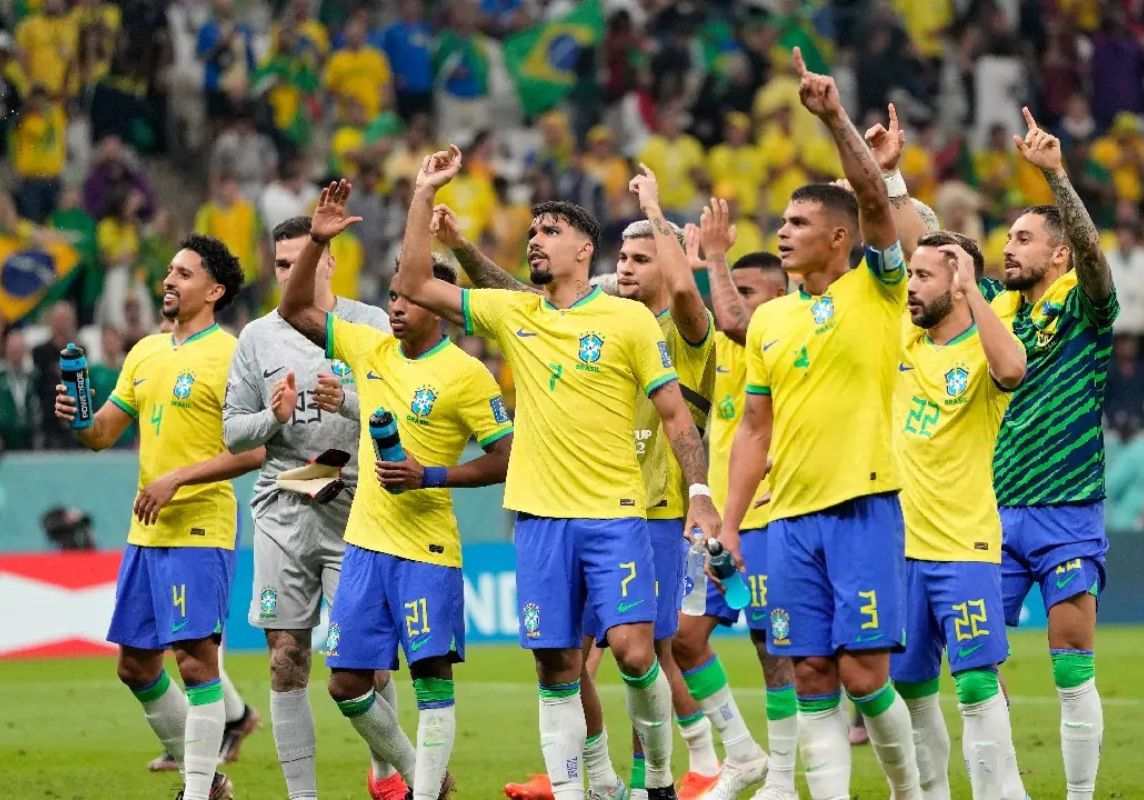 As Saudi Arabia and Japan defeated Argentina and Germany while Tunisia, Morocco and South Korea’s held out against higher ranked teams, foreign coaches continued to be asked why they worked with teams from non-democratic nations. English-speaking commentators stuffily declared no one loved football more – or correctly – than the west did because, well, there was only one way to play or indeed follow the game. Things had been tetchy and cantankerous with clashes of culture playing out to the power of n. At the back of Qatar22 from a distance all you could hear was a glum-sounding drumbeat.

Until the world’s most-loved football team showed up on Thursday night and at one point, lifted their game and with it, lifted everything. The event, the spectators and plus millions watching at home. The World Cup may have begun last Sunday, with its ceremonies, noisy news and fixture spinout, but only when Brazil played their first game, did it feel like Qatar 22 had actually taken off.

Now about that goal. Richarlison (full name Richarlison de Andrade) had already scored a goal minutes before his mid-air, taekwondo special. Serbia had been resolute, sturdy, unyielding. When the moment came, Brazil shifted a gear, Richarlison pushed past a defender and stabbed the ball home for his first goal. TV said that until then that he had just had three touches on the ball. By the time the match ended, The Athletic reported Richarlison had 25 touches on the ball, the least of anyone in his starting XI.

On one of those, Richarlison created what should remain counted amongst the goals of this World Cup right to its very last day. In a blink of an eye with a whiplash of movement, he found the most direct, but somewhat complicated path for the ball on its downward journey into goal – torso twisting, feet off the ground. Fun fact: at point of contact with Richarlison’s boot, the ball was around head height of Serbian defender Milos Veljkovic, who is 6ft2in tall.

This is what Brazil can do to a World Cup football – take it from rupture to rapture.

Yet, it is not as if the world should not or will not intersect with a FIFA World Cup in the many ways it has before the start of Qatar 22. No matter what FIFA’s governors believe or decree, a platform as large as their World Cup – and not only in Qatar, it must be said – is the best place for athletes, teams, nations to show support, demonstrate protest and call for change.

But when football shows up at its most transcendent, like it did on Thursday night, it gives our most anguished and angry selves a chance to breathe. Despite the cynical and Machiavellian manoueverings of the modern sporting ecosystem, live sport – high-quality live sport – has the power to suspend our reality, put it on hold, repair the spirit and re-stock our energies. It is what Brazil did.

When the second round began on Friday afternoon, Iran beat Wales 2-0. The two countries are a spot away from each other in the FIFA rankings – Wales 19, Iran 20. Before the game, the Iranian team mumbled their way through their national anthem. This was in contrast to their stone-faced silence before their first-round match against England as a gesture of solidarity with women-led citizens’ protests which were being ruthlessly crushed around their country. Iran’s footballers reminded us that not all athletes and teams want to be seen as representatives of the state, even though the state is quick to hijack the most popular among them. By half-heartedly singing their way through their anthem and then defeating Wales, Iran’s have become genuine contendors for a place in the knockouts and could change the tenor of the conversation around their squad. Plus having earned themselves a little more breathing room with reference to their hardline rulers.

Qatar22 will always be a world cup of two tones, in both light and shadows, amidst smoke and mirrors. Regardless of the western media’s assessment of their hosts, if one of them were to win the World Cup, say England, Qatar’s sun would only shine brighter. Speaking of the favourites, Brazil next plays Switzerland on Monday night. They haven’t won a World Cup for the last twenty years and so remain, for their countrymen and fans worldwide, not just a team but a footballing emotion.

With a rider. After clearing the head of Richarlison and Co, daylight also reminds us that Brazil’s famous canary yellow jersey has in the recent past been appropriated by the state, associated with their outgoing autocrat-president Jair Bolsonaro. Who was supported as presidential candidate in the recent election by Brazil’s biggest football star, Neymar.

Enjoy the football as it’s happening, folks. The world outside is pretty dire.