Where do We Learn Gender Stereotypes? A Closer Look at Hindi Nursery Rhymes

Which nursery rhymes do you remember from your childhood? Are you surprised by how powerful the memories are? It’s likely that some of our favourite nursery rhymes would have been repeated hundreds of times by us and those around us. That too, at an age where we are developing in such a way that we deeply absorb anything that appears interesting to us. 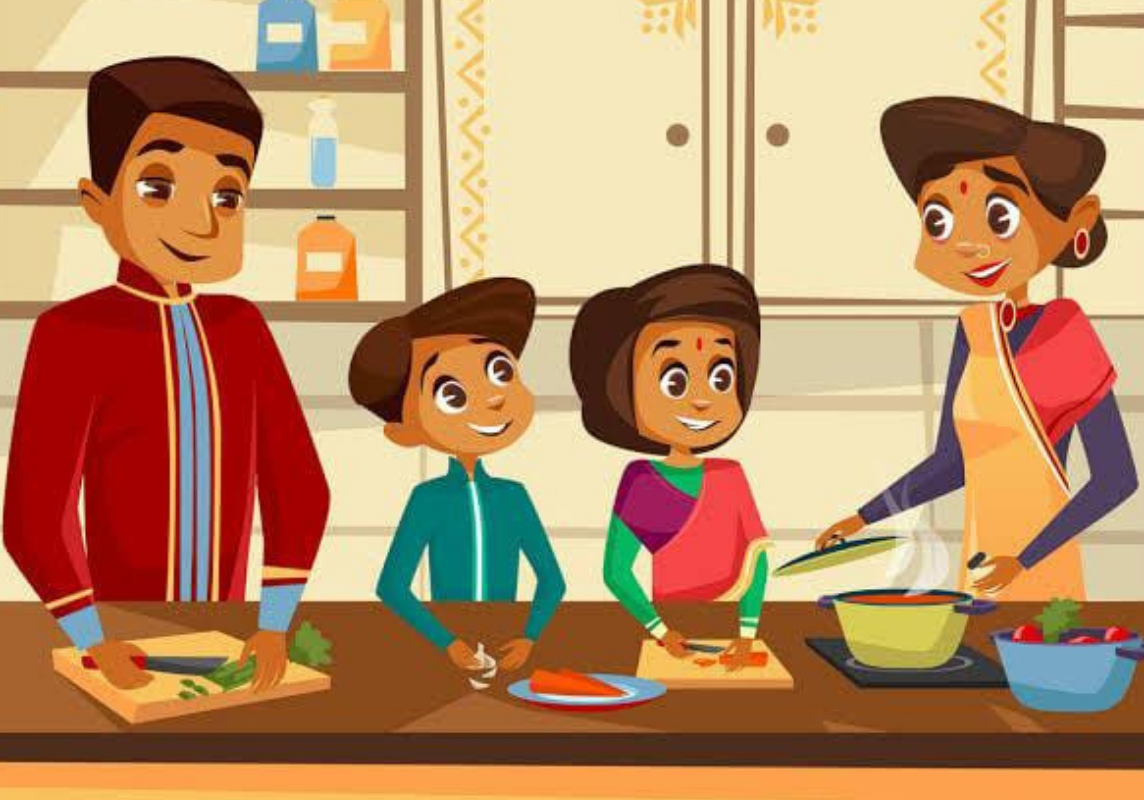 Some of these popular nursery rhymes are engaging and even inspiring, such as ‘Twinkle Twinkle Little Star’, which inspires awe and fascination in children, engaging their imagination with the wonders of the natural world around them. But not all of them. Some nursery rhymes reinforce powerful stereotypes. They carry messages that act as part of a series of influential voices around us (family, teachers and various forms of media) that solidify prejudices at a time when a child’s view of the world is at its most fluid and receptive.

In recent years, a string of articles has been published about the “dark origins” of various famous nursery rhymes. While these articles have looked at English nursery rhymes, the murky aspects of Hindi nursery rhymes appear to have received little attention.

When children listen to a rhyme like this, what do they experience? On one level, this is a fun, catchy rhyme in which they are encouraged to notice how many things around them are circular in a way that relates directly to their early lives – their family and the various activities they participate in. On another level, they are receiving powerful messages about the roles of the most important people in their lives.

The expectation that mothers cook and fathers earn money is normalised. What, then, are the possibilities being framed at this early age for girls and boys? While the daily life of the family around young children bears a powerful influence, a considerable amount of research indicates that learning material, such as TV, books and rhymes, also plays a major role in the early absorption of stereotypes.

These nursery rhymes still matter in the digital age. Approximately 43.5 lakh people have watched this video. Considering the symmetry of the lyrics with the extreme gender inequality that continues to exist in the country, the influence of this rhyme must be acknowledged.

Beyond the chorus about Mummy and Papa, this video version of the rhyme includes lines about Dada, Dadi and various other characters. While the Dada is reading a newspaper with great focus (Dada ka chashma gol gol), the Dadi is shown just sitting (Dadi ki bindiya gol gol). Needless to say, the stereotypes are numerous, with the extension to the rhyme including a mother looking at bangles alongside her daughter (Mummy ki churi gol gol) and a boy playing football (Chintu ka football gol). Overall, while the ‘gol gol’ remains the refrain, viewers are taken through an entire set of gender stereotypes and gendered relations that characterise an everyday household.

When looking at the lyrics and screenshots below of the immensely popular video version (72.5 crore views) of this rhyme, we can see that the stereotypes follow a similar pattern to the previous rhyme, with the father portrayed as a breadwinner and a giver of money and the mother as nurturing and a giver of love.

Hindi nursery rhymes that have human characters often include a boy as the subject, narrator or audience (Chanda mama, Nini baba, Chunnu munnu). Even in the case of those rhymes that revolve around animals (Machli jal ki rani, Lakdi ki kathi kathi pe ghoda) or other non-human elements of the world around us (Baarish aai cham cham cham), when a human element is added, they tend to be a boy. In this nursery rhyme, for instance, while the central characters are two young potatoes, they are also clearly depicted as two young boys.

Many of the ideas in this article were discussed at a recent workshop at Pratham Education Foundation on observing gender messages in educational content. One participant suggested making the above change to the title of ‘Mummy ki roti gol gol’, so that the mother becomes the breadwinner.

Other ideas included continuing to use these popular nursery rhymes with discussion questions, discarding them altogether, and making fun new gender-responsive rhymes. Kamla Bhasin, the late feminist activist, poet and writer, did just this, creating gender-responsive nursery rhymes in response to the rampant sexism she noticed in books and poems for young children. Other organisations have made similar efforts, with the UP-based NGO Saajhi Duniya creating various new nursery rhymes that took little time for children to learn and enjoy.

Why is this so important? A wider context

While the nature versus nurture debate continues to rage on, it is fair to say that the most extreme ‘nature’ position, where differences between girls and boys are understood as biologically predetermined and unchanging, has been discredited. Instead, research has shown that the relationship between the brain and the world is “two-way traffic”, and that the environment we are exposed to plays a crucial role in creating differences between genders.

Along these lines, a recent research report on the limiting power of gender stereotypes on the career aspirations of young children showed that this is a global issue, evident in each country that participated in their survey. What’s more, while 36% of the children surveyed stated that they based their career aspirations on people they know, 45% stated that media content (TV, film, radio, internet etc.) was the biggest factor influencing their choices. Young children are highly influenced by who they know and what they see, both from the roles occupied by their parents and other adults around them, and those depicted so vividly in popular media. It’s time to take our nursery rhymes more seriously.

Zubin Miller is currently working on content and research in the area of early childhood education at the Delhi-based NGO Pratham. He has an MSc in Social and Cultural Anthropology from UCL, where his main areas of interest were ritual, religion and gender. Views in the article are personal of the author.

In World Sport, the Hijab Stands For Welcome
The Kate Effect: Why 2022 Might Be The Year Of Transformation For The Duchess