How Indians are Becoming a Casualty of a Very European War

LONDON CALLING: Thousands of Indian students are caught in the middle of the Russian – Ukraine war. Ruhi Khan writes how the heart-wrenching visuals of their plight and their desperate pleas for help are lost in the cacophony of the western media narratives that have for years propagated hostility towards a non-white refugee. 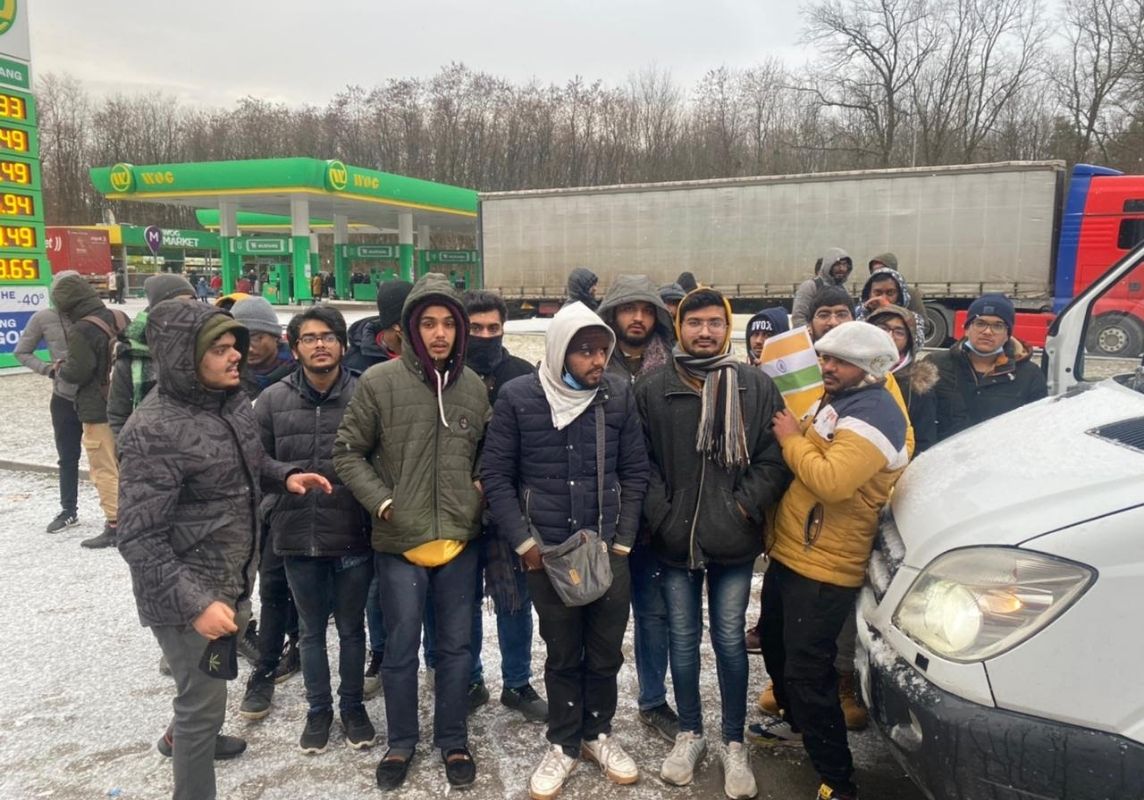 If you listened to some in the western media, you would almost believe that the Russian invasion of Ukraine is the ‘first European war’ as news reports are often accompanied by an incredulous sigh from commentators who are flabbergasted that war could touch people with ‘blonde hair and blue eyes, people who ‘watch Netflix’ and come from the ‘civilised’ world.

Some glaring examples of this blatant racism include a column in The Telegraph by Daniel Hannan, that calls this war “wrong because the people look just like us and have Instagram and Netflix accounts.’ On BBC, Ukraine’s deputy chief prosecutor David Sakvarelidze stirred western empathy by saying: “It’s very emotional for me because I see European people with blue eyes and blonde hair being killed” while  ITV’s correspondent in Poland has conveniently forgotten European history when she declares: ‘Now the unthinkable has happened to them, and this is not a developing, third-world nation, this is Europe.’

On the continent, the French media had a commentator dismiss any comparison of Ukraine with other nations that saw Russians drop bombs on them, “We’re not talking about Syrians fleeing bombs of the Syrian regime backed by Putin; we’re talking about Europeans leaving in cars that look like ours to save their lives.” And across the Atlantic, CBS foreign correspondent Charlie D’Agata was aghast with the war because “this is a relatively civilised, relatively safe European city.’

By erasing the brutality of war within Europe, media gurus are re-enforcing the popular narrative that refugees from war-torn global south regions are ‘flocking’ to the developed global north, in particular Europe, and serve only as a burden for the natives to bear. The essentialised refugee is always a stranger from the global south flooding a rich country and draining its resources. In urban spaces across Europe where the stranger rubs shoulders with the native, ethnicity is used as an identity marker. By blurring the differences between refugees, asylum seekers and migrants, and only focussing on their ethnicity, the political elite and the media in Europe propagated a single, uninterrupted message of hostility and rejection.

Changing that discourse to one of acceptance and welcome to white European refugees will no doubt require a good dose of shock and awe. Discourses like this in the media serve two distinct purposes: They first create sympathy and empathy for those that the west deems ‘worthy’ (read white Europeans). Secondly, they dehumanise any population that looks like the ‘other’, who is always considered a ‘stranger’ to the ways and morals of the self-declared epicentres of civilisation.

No wonder, refugees from Ukraine are getting a warm welcome by governments across Europe. And they must. All refugees must. Yet, not long ago, refugees escaping the Russian bombardment of Syria were labelled ‘criminals’ and threats were repeatedly made to burn their boats and drown them on their perilous voyage to safety. Western spaces that boasted of hybridity and pluralism are no longer torchbearers of those principles as the choices afforded to a stranger are few to none. 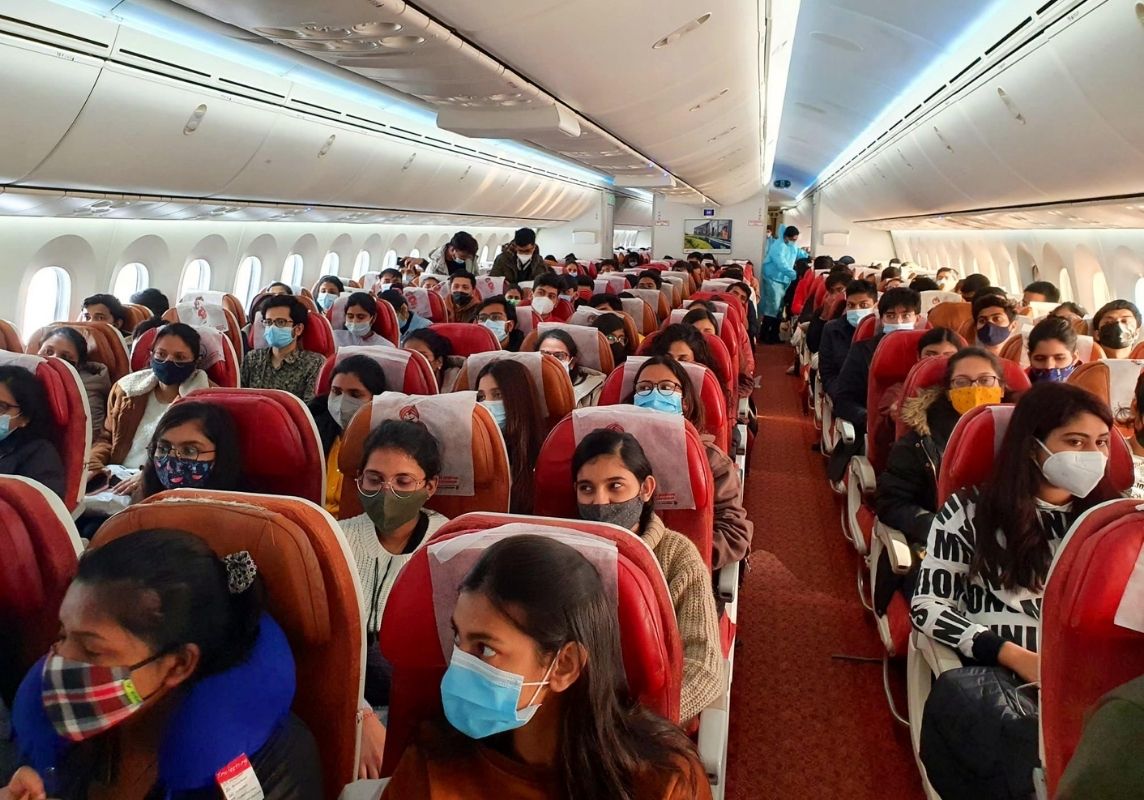 The distinctions between a Russian and a Ukrainian are few, the population of the two countries far more alike than their politics could be. In a situation where the friend and the foe are both blue-eyed and have blonde hair, the repressed angst finds expression in what Europeans know best – racism.

Caught in this conflict between two white races are the ‘brown’ and ‘black’ international students enrolled in universities across the length and breadth of Ukraine – an unlikely casualty of this war – the forgotten ‘other’.

Walking for miles, in blustering cold, with barely any food or water, hundreds of Indian students are headed for Romania, Poland, Slovakia, Moldova or Hungary bordering western Ukraine in search of help and refuge. Gripped with crippling fear and uncertainty, the students stumble towards the check posts, to endure long queues and sometimes no response from authorities for hours.

Many are scared, some are angry and few have given up all hope. Indian and African students at the border alleged blatant racism in the behaviour of the border force. Segregation and denial of passage along with rude behaviour by Ukrainian and Polish forces was a common complaint.  Some have even alleged physical assault by European soldiers and border guards.

Elsewhere in eastern Ukraine, students along with other residents are holed up in underground shelters and subways as Russian bombs shatter structures on the ground above and death threatens to creep through the crevices. Countless posts, tweets, messages from Indian students paint their frightening plight in gory details – the fear and helplessness visible to all.

The Indian government has launched Operation Ganga, a multipronged effort across several border countries to bring the students home. UK- based organisations like Khalsa Aid is providing food and arranging shelter for stranded students, while NISAU is guiding hordes of students in distress toward the border checkpoints and connecting them to relevant authorities to facilitate their passage to India.

However, the magnitude of the crisis – there are almost 20,000 Indian students in Ukraine, constituting 25% of the international student population – and the urgency of the situation demands a much faster and more concerted response with a long term recovery package that includes both physical, emotional and professional assistance to tide over and recover from the crisis.

The news of a young student from Karnataka killed during the Russian bombardment on Kharkiv on Tuesday triggered a stark sense of foreboding. The Indian government has asked students to vacate Kyiv urgently after reports of a huge convoy of the Russian army headed for the capital. According to some estimates, over 2000 students have successfully reached India and 6000 have crossed over the border and are awaiting flights home. Yet there could be over 10000 students still trapped within Ukraine and with the war now expected to accelerate at a frightening pace, efforts to urgently secure a safe passage for them should be the highest priority. 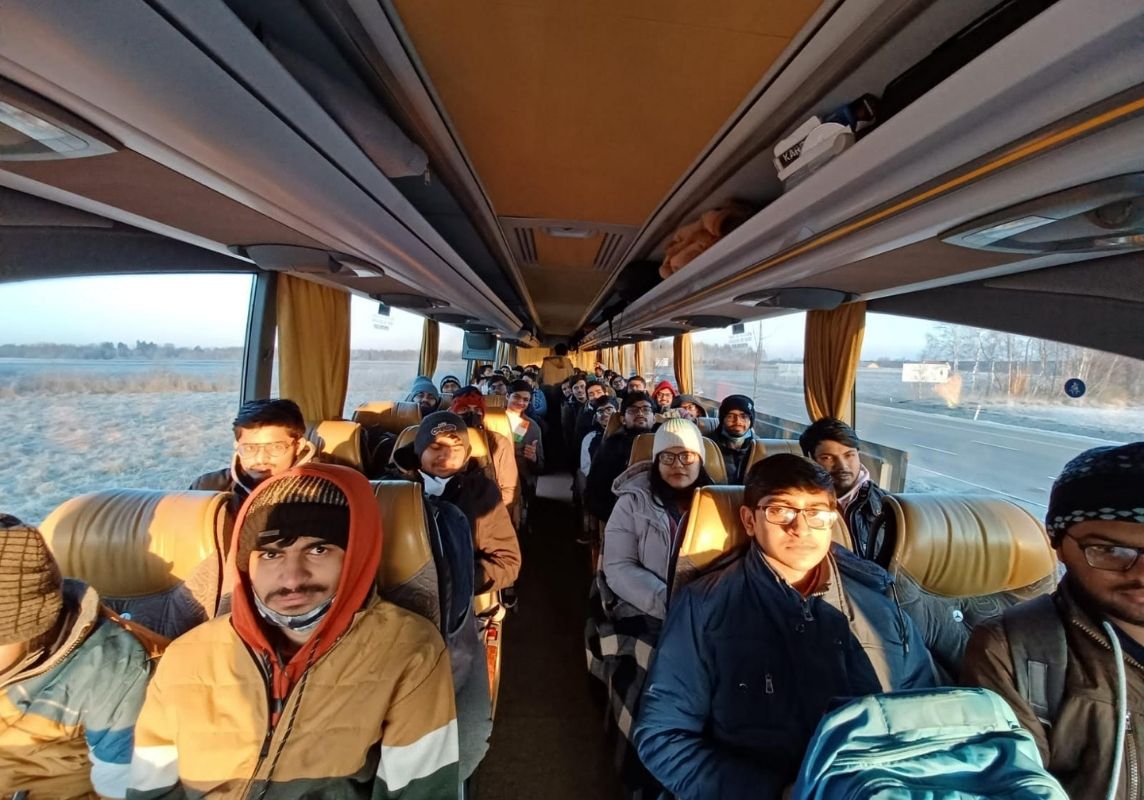 This war has also brought into focus the fissures of the broken Indian education system that has sent so many students – often with limited means – flocking to Ukraine to secure a degree in medicine and other sciences that give them a chance to climb the professional ladder with qualifications that are recognised in Europe and India. The fees a student pays to study at a Ukrainian university is almost a quarter of those that universities in India charge as tuition and donations. And admissions are also not dependent on the results of highly competitive entrance tests. No wonder Indians constitute the highest population of international students in Ukraine – ushering a silent exodus that has caught the Indian government and public unaware and unprepared.

While there will be time for contemplation and course correction in the coming days, the need of the hour is intervention. India needs to put its absolute might – diplomatic, strategic and logistical – to ensure that no Indian student is left behind in the war zone. For Indians in Ukraine face a double-barrelled gun: the deadly offensive that Russia has mounted on Ukraine’s soil and, the troubling blatant racism in the media and public discourses that manifests as roadblocks to their safety.

Picture Credits to the Ministry of External Affairs (MEA).

The Prime Minister’s Flawed Notion of Rights and Duties
Vidhi Writes: Religion in Classrooms, Towards a Curriculum of Tolerance?