The Monarchy is Dead, Long live the Queen

The Queen’s Platinum Jubilee celebrations, that played out in full pomp and banter across the UK during this four-day weekend, has reinforced what has been starkly obvious: Elizabeth II breathes life into the slowly dying institution of the British monarchy. When she is no more, will the monarchy survive? Ruhi Khan writes on what the future holds for the Crown sans the Queen. 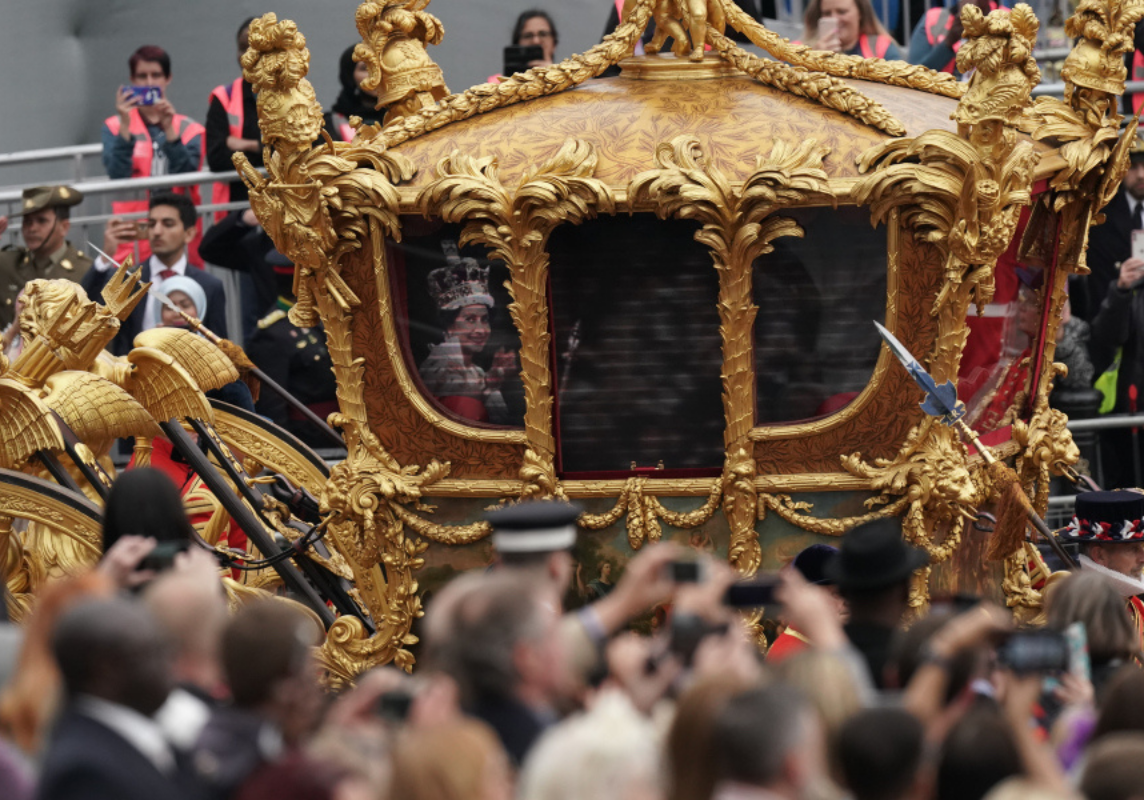 On Sunday, the 260-year-old gold giltwood royal carriage driven by eight horses floated along the Mall towards the Buckingham Palace, flanked by guards and horsemen in full state livery and ceremonial salutes. This was a moment that thousands of royal superfans had waited for hours to devour. Yet, the news that the Queen will not ride in the carriage sent a wave of disappointment crashing through one and all. Until the empty carriage suddenly had a much younger Queen appear within it, smiling and waving out to the crowd. The cheer was deafening.

The holographic image from 2 June 1953, when the Queen used the Gold State Coach during her coronation to travel from Buckingham Palace to Westminster Abbey, is perhaps an apt metaphor for the British monarchy – that without the Queen, it would be nothing more than an empty ancient carriage without any fresh royal sparkle.

The 95 years old Elizabeth is the longest-reigning British monarch ever. Ascending to the throne at the age of 25 in 1952, her reign turned 70 in February this year. The Queen may seem almost ancient to many, but her cool grandma persona with a biting sense of humour and her many talents from horse-riding to motoring, has kept the interest and enthusiasm among her subjects and the world at large alive and kicking. 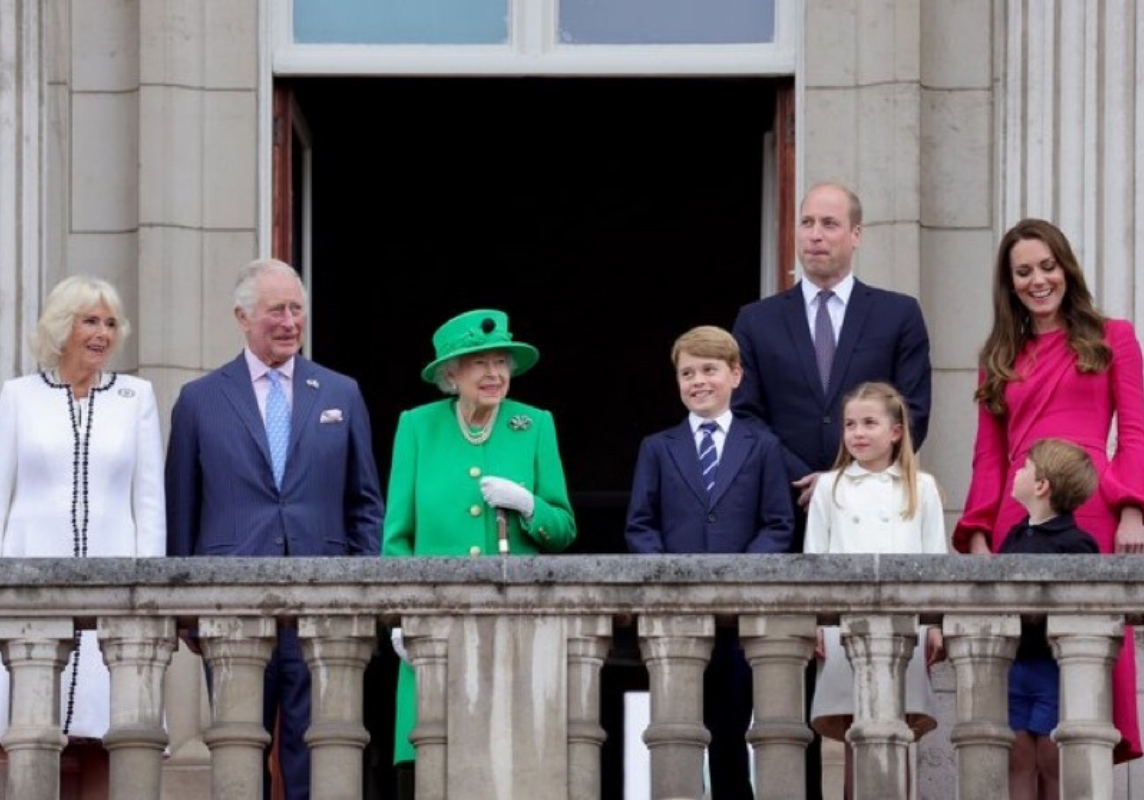 The weekend from June 2-5 was planned with 10-12 million people participating in a long list of royal events and over 16000 street parties across the country. It was a spectacle unlike any UK has witnessed in recent years and somewhere what came into play was the subtle thought that perhaps this may well be the last celebration of the reigning Queen and had to triumph all previous events. But it may be a premature assumption considering that the Queen Mother passed away at the age of 101, so the Queen may well celebrate her centenary birthday.

However, over the past few months we have seen the Queen’s health suffer and a reduction in her appearances and engagements with Prince Charles, her 74-year-old heir apparent, taking on more of her responsibilities. So would the Queen step down and hand over her crown to the prince-in-waiting? All indications point to the Queen wearing the crown until her death. So what happens then?

‘London Bridge is down’

Due to palace leaks earlier, we know that the Queen’s death is code-named ‘London Bridge’ and her private secretary will use code word ‘London Bridge is down’ to alert the prime minister and the privy council to the Queen’s demise. Protocols are already put in place for the prime minister, his cabinet secretary and senior members of his cabinet to follow. The Foreign Office passes the news of her death to 15 nations where she is head of state and other countries of the commonwealth where she remains a symbolic figurehead. Once this is done, all media outlets will be interrupted to broadcast the news of the Queen’s death, along with notices at Palace gates and staff sporting black armbands. 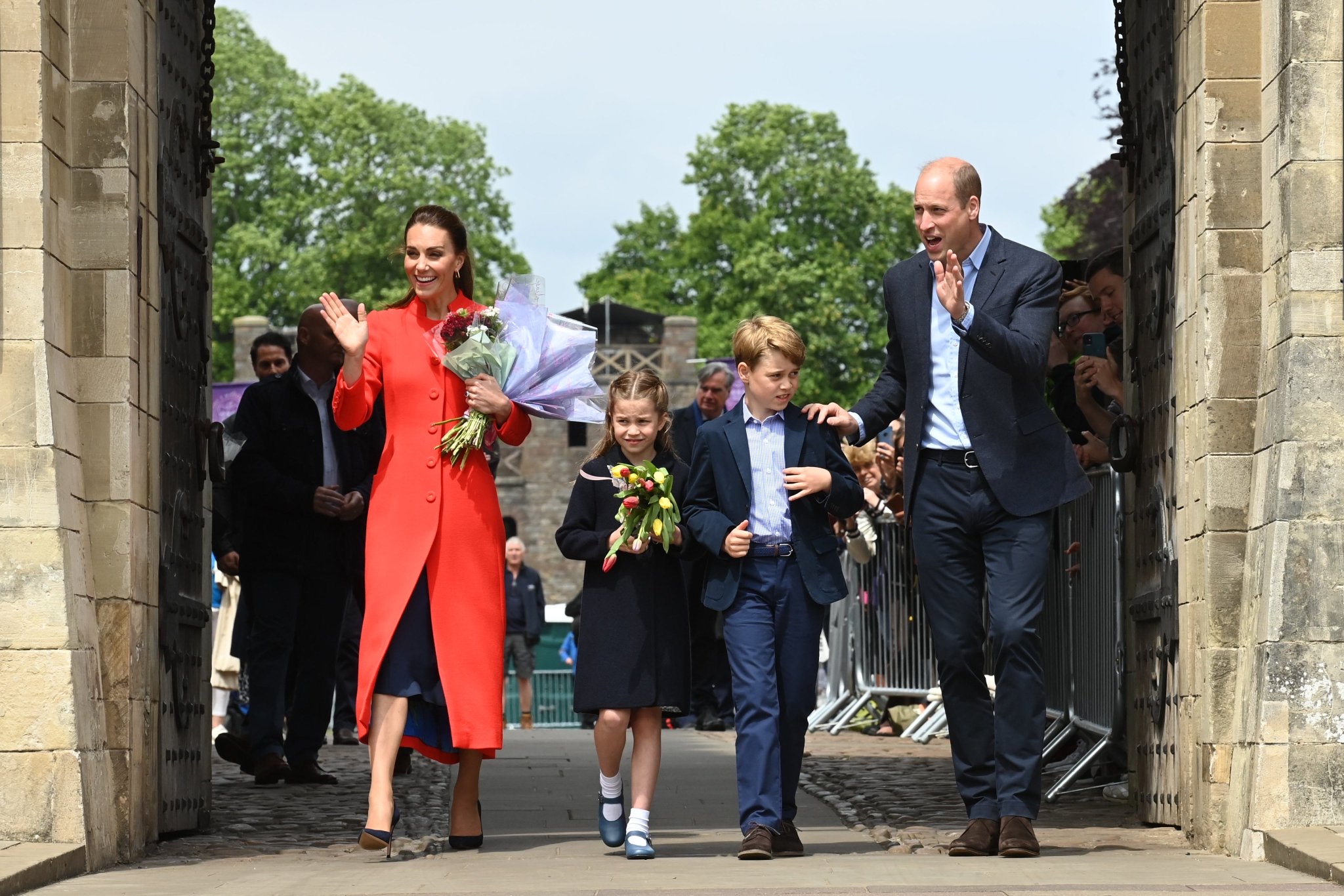 Not surprising that the press has been prepared for some years for the Queen’s death with obituaries already commissioned, commemorative reels created and appropriate mourning attire for news presenters kept in studios. Even radios will only play classical and solemn music. Of course what could be heard (in London at least) would be Westminster Abbey’s famous tenor bell and St. Paul’s Great Tom that are rung in the event of royal deaths.

There are also many protocols in place if the Queen dies in her estates outside London but her body will eventually be brought to Buckingham Palace where it will rest in the throne room with four red-coat, big bearskin hats Grenadier Guards watching over it and an open casket will allow mourners to see her at Westminster Abbey and perhaps along the Mall.

The nation will enter a 10-day mourning period and London is expected to be inundated with a tourist population that could be overwhelming for the capital and a logistical nightmare. But what perhaps millions will mourn is not just the death of a beloved Queen, but the death of monarchy.

There is no doubt that Queen Elizabeth II is much adored by many, even by some anti-monarchists. But her son, Prince Charles’s accession to the throne would draw a lacklustre response from his subjects. Ten years ago, during the Diamond Jubilee, it was found that up to 75% of the public supported the monarchy in some polls. But a survey conducted in the run-up to the Platinum Jubilee celebrations brought this number down to 60%.

A generational divide is also obvious – 79 % of people over 65 want to keep the monarchy, while 40% of those under 25 would like to see it abolished. Just days before the celebrations, hoardings bearing slogan ‘Make Elizabeth the last’ with pictures of Charles, William and Andrew (the Queen’s disgraced son caught in the Epstein scandal) were displayed calling for an abolition of the monarchy. In a few years, the numbers will be largely stacked against the crown. 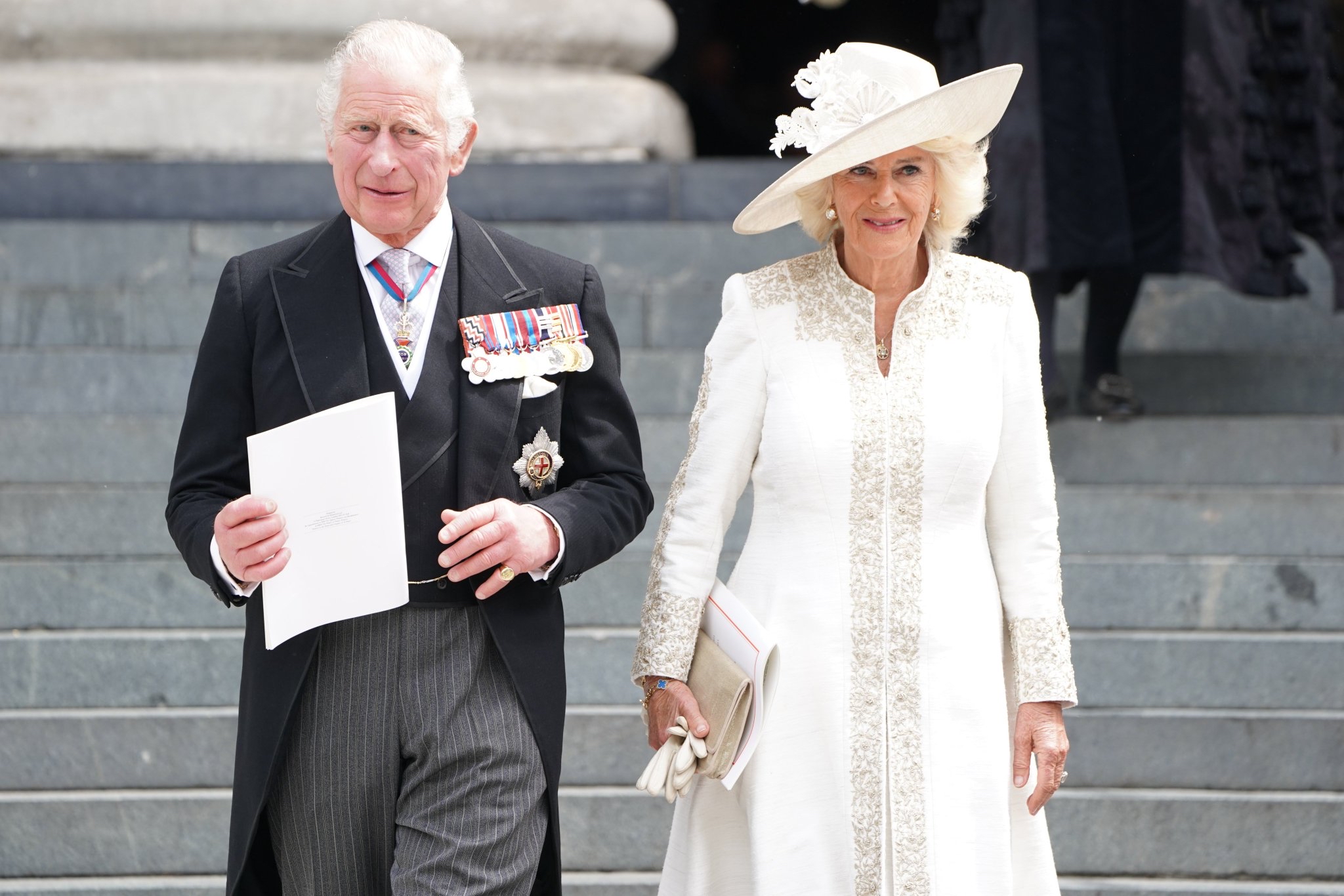 The moment the queen dies, ‘Operation Spring Tide’ comes into force. This is code name for Charles’s accession to the throne that is almost instantaneous but legally takes place the next day at 11am in a royal ceremony where he will take an oath called accession declaration. Like the medieval times, swearing allegiance to the new king is paramount for a smooth transition and the prime minister takes the lead followed by the members of parliament. The pomp and banter will resume with flags raised for the new king and trumpet and canon sounds reverberating in a royal salute. The coronation won’t take place for months to allow mourning for the Queen and in these months Charles will travel across the nation to build support for his throne.

And Charles will need to do his best if he wants to keep the support for the monarchy alive, as the longest ever monarch-in-waiting is expected to spell doom for this colonial institution. His first wife and much loved Princess Diana’s private life was much of a public fodder which has not helped generate compassion towards Charles and his wife Camilla Parker Bowles. The Queen wants Camilla to be titled Queen Consort which has not pleased Diana’s fans. Netflix’s Crown that perhaps provided the first glimpse into the Diana tragedy for many younger viewers was not kind to Charles. According to a poll only 40% of 18 to 24-year-olds backed keeping the monarchy, ten years ago this number was 59%.

The Queen also developed great skill in keeping herself apolitical and while she is a huge champion of the union, she never said anything for or against the 2014 Scottish referendum, limiting herself to saying that she hoped ‘people will think very carefully about the future. No wonder she even had the support of the nationalists who wanted to break away from the UK as a draft on the Scottish independence campaign explicitly stated ‘Her Majesty The Queen will be head of state’. Following the Queen’s death, many could move towards republicanism and opt for a democratically elected head of state. A recent poll in Scotland found that only 45% wanted to retain the monarchy while 36% believed that the end of the Queen’s reign was an apt time to move towards a republic.

While Charles’s popularity is dwindling, he has also struggled to maintain an apolitical image. In 2015, after a decade long legal battle, The Guardian newspaper was able to access Charles’ famous ‘Spider memos’ (named after his spindly handwriting) which showed that the prince lobbied the government on several issues – from ordering military equipment for troops in Iraq to urging badger culls and from saving endangered fish to making available alternative medicines. It is paramount for a British monarch to stay above politics, but Charles has already muddied the waters.

Let’s not forget the much-watched interview of Harry and Meghan with Oprah Winfrey where allegations were raised that a royal was uncomfortable with Archie’s skin colour due to his mixed heritage. Many suspect the ‘racist royal’ to be Charles due to strained relations between Harry and his father, though no one from the royal family has confirmed this. Nevertheless, this has also made Charles unpopular among the BAME (black and minority ethnic) community in the UK. According to a recent poll, only 37% of people from an ethnic minority supported the monarchy. 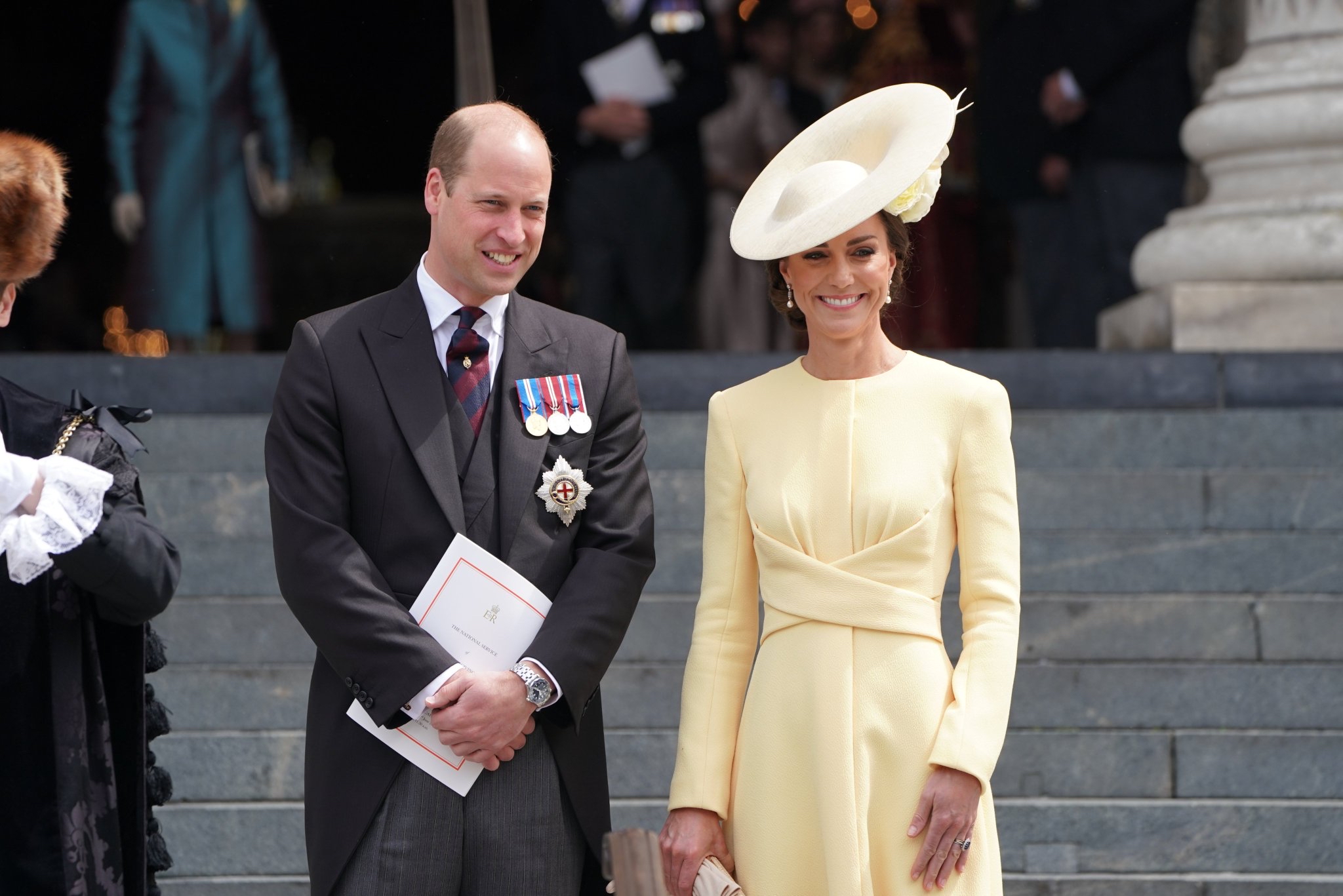 Could the Duke and Duchess of Cambridge – Will & Kate – rekindle the love for monarchy among the masses when the Queen is no more?

Interestingly, a recent poll found that young people did not have much faith in William as a king with only 51% believing he would do well compared to 87% of over 65s. Within the Commonwealth, the couple has done little to hold the loyal subjects together. During their tour of the Caribbean, anti-colonial protests, slavery repatriations and fury over the Windrush scandal erupted in Belize and Jamaica, and the Jamaican prime minister even told the couple that a movement to remove Queen Elizabeth as head of state of Jamaica was underway. Then a government committee in the Bahamas demanded the royals to apologise for their ‘crimes against humanity.

Pictures of the royal couple from this tour seemed like flashbacks to colonialism and with events like the BLM protests, Windrush scandal and Meghan’s accusations of racism fresh in mind, the Commonwealth seemed not ready to let this royal couple off the hook so easily. Their almost cold shoulder to the estranged Harry and Meghan, who returned to the royal fold for the Queen’s Platinum Jubilee celebrations, has also not won them many points.

So while Kate will, no doubt, be the next popular fashion icon in the monarchy after Princess Diana and William will find many to empathise with his childhood tragedy, the couple would not be more than a modern face of an antiquated monarchy. Will and Kate would always make an interesting royal glitterati, a trendsetter couple for the cameras to follow but few see them as the future King and Queen Consort that could replace the stature and love Elizabeth and Phillip garnered over the years. They may still have a fighting chance if the crown skips Charles and goes to William, as Charles reign is expected to turn many against the monarchy and a comeback might be difficult even for these two popular royals.

The truth is pretty obvious: once Queen Elizabeth II is no more on the throne, the throne too will be nothing more than an empty gilded carriage with a long history, yet with a disappearing future.

Ruhi Khan is a journalist based in London and the author of Escaped: True stories of Indian fugitives in London. She tweets @khanruhi.

Also read: The Kate Effect: Why 2022 Might Be The Year Of Transformation For The Duchess