That the Indian Parliament is being increasingly characterised by political grandstanding is hardly a surprise. The withering away of Parliament’s deliberative role has been gradual but significant. Questions were justifiably raised when in the preceding years, certain far-reaching legislation were passed as ‘Money Bills’ despite not strictly falling within the constitutional definition of the term. The Farm Bills of 2020 will forever bear the (dubious) distinction of being passed amid a blatant violation of the Rules of Procedure of the Rajya Sabha. And then, there is the Monsoon Session of 2021. 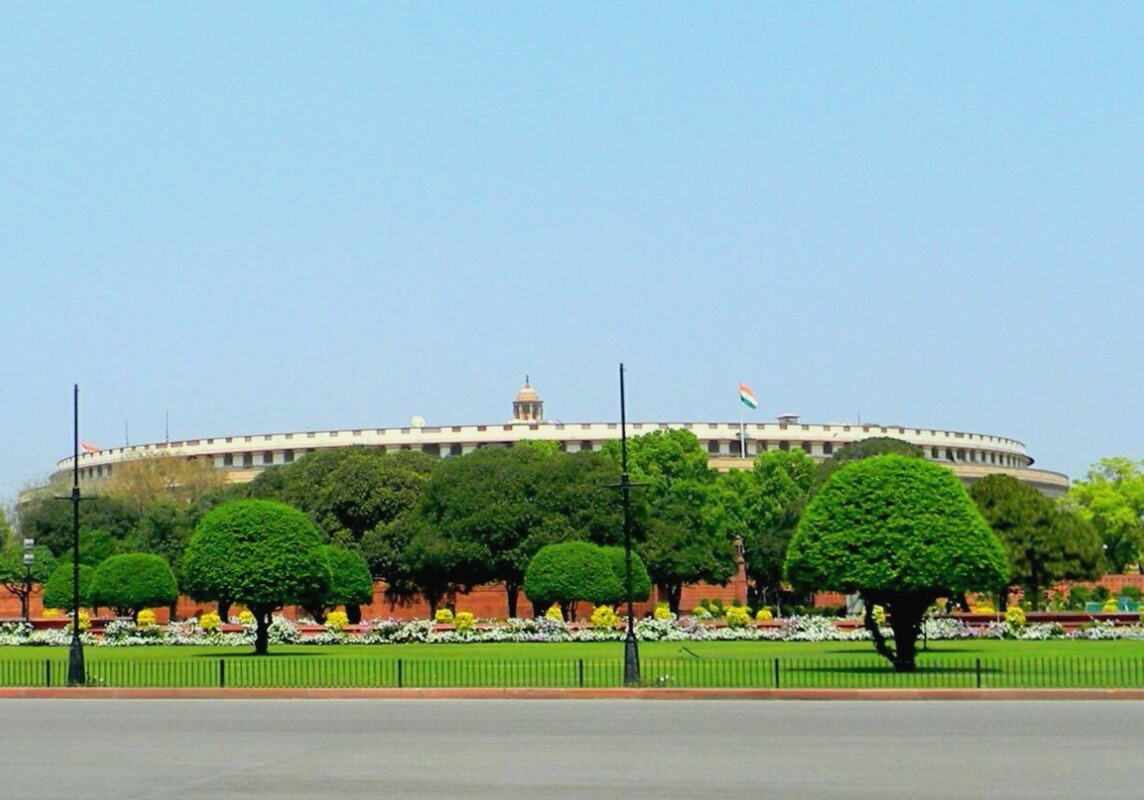 If numbers are to be the sole indicator of productivity, then the Monsoon Session has enough to boast of. Within a span of 17 working days, 22 Bills were passed by Parliament. However, besides making legislation, holding the executive accountable is also Parliament’s core function. This article is an attempt to remind ourselves that the Monsoon Session of 2021 was a significant departure from the intention of the framers of the Constitution when they adopted a parliamentary form of government for India.

After establishing a conceptual understanding of accountability, we briefly describe Parliament’s rules of procedure which attempt to ensure robust deliberation in both the Houses. Against this understanding, we overview the Monsoon Session of 2021, both quantitatively and qualitatively. As parting thoughts, we offer some suggestions on what can be done differently to restore Parliament’s deliberative avatar, one which holds the government to account and gains the confidence of the people it claims to represent.

Ambedkar attributed responsibility to the fact that in a parliamentary system, the government of the day is periodically assessed by the electorate when elections are conducted, while daily assessment is ensured through questions, motions and debates by Members of Parliament (MPs) when the Houses are in Session.

A theoretical understanding of accountability attests to the intention behind adopting a parliamentary system of government. Dr. Andreas Schedler (Professor of Political Science at the Centre for Economic Teaching and Research, Mexico City) identifies two pertinent concepts that underlie accountability – answerability and enforcement. The notion of answerability implies an opportunity to question an entity about its actions, including the justification of such actions.

The aspect of enforcement connotes the idea that besides being questioned, accountable persons should also be reprimanded for improper behavior. In effect, the notion of enforcement envisages negative sanctions for unacceptable conduct.

How does such a conceptual understanding of accountability translate into practice in India’s version of parliamentary governance? The rules of procedure for both Houses provide ample leeway for a robust discussion of a proposed law as well as other issues, ensuring answerability of the elected representatives at the behest of members of the Opposition. In accordance with Article 118 of the Constitution, both Houses of Parliament are authorised to regulate their procedures.

Accordingly, both the Lok Sabha and Rajya Sabha have framed their respective rules of procedure and conduct of business. Broadly speaking, all Bills have to pass through three stages – referred to as the ‘First Reading’, ‘Second Reading’ and ‘Third Reading’ – in both Houses.

While these terms do not find explicit mention in the rules of procedure of either House, the broad contours of how discussions are meant to proceed at each stage does.A motion for leave to introduce a Bill constitutes the First Reading, and can be made under either Rule 19A (for a government Bill) or Rule 65A (for a private member’s Bill). 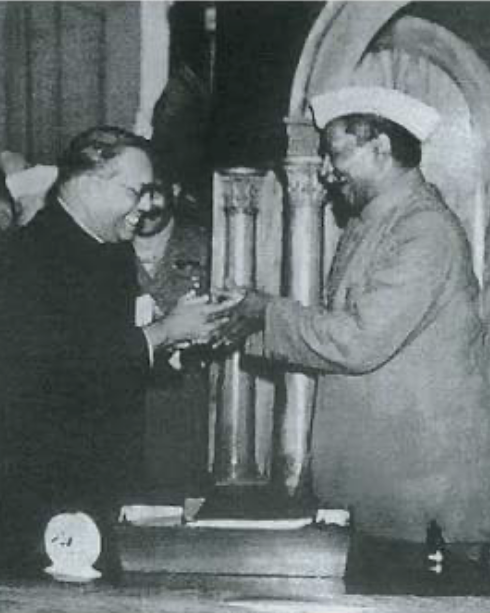 Rule 75 mandates that at this stage, the provisions of the Bill may only be discussed generally, and no further than is necessary to explain its principles. It is after this stage that the Bill as introduced in the House, or as reported by the Select or Joint Committee, undergoes a clause-by-clause consideration, in accordance with Rule 88. As per Rule 88, the Speaker may call out each clause for its inclusion in the Bill that needs to be passed.

The third reading encompasses a motion that the Bill (as it shapes up after a clause-by-clause consideration) be passed. Under Rule 94, the discussion on such a motion shall encompass submission of arguments either in support or against that Bill. The Rajya Sabha Rules broadly lay down a similar process.

Additionally, and in further interest of answerability, the Rajya Sabha Rules provide for calling attention motion (Rule 180), half an hour discussion (Rule 60), short duration discussion (Rule 176), and motions on matters of public interest (Rule 170) to initiate discussion on key issues. Enforcement (insofar as the term connotes negative sanctions) is via rules concerning suspension of a MP by the Speaker or the Chairman (as the case may be) for persistently or wilfully obstructing the business of the House.

Given the stages through which a Bill is expected to pass in either House of Parliament, it is unlikely that parliamentary debates (concerned with legislative business) are envisaged to be short or concise. Yet, this is precisely what transpired in the Monsoon Session of the 17th Lok Sabha, where numerical prowess took precedence over deliberative democracy.

When the Monsoon Session 2021 rained Bills

Cut short by 2 days because of continuous disruptions, the Monsoon Session culminated on 11 August 2021. The Session commenced on 19 July 2021, which means that Parliament met for 17 sittings. 15 new Bills (including 2 Appropriation Bills) were introduced in the Monsoon Session, none of which were referred to a Parliamentary Committee for scrutiny.

This signals a continuing downward trend in the percentage of Bills which have been referred to Parliamentary Committees – while 71% of the Bills introduced in the 15th Lok Sabha (2009-14) were referred to one of the Parliamentary Committees, the figure stood at 27 per cent in 16th Lok Sabha (2014-19). By the end of the Monsoon Session, 22 Bills (including 2 Appropriation Bills and 5 Bills which had been introduced in either House of Parliament in earlier sessions) had been passed amid disruptions prompted by several controversial issues.

While the number of Bills seem whopping, the Monsoon Session scored low on productivity. As per the statement of work released by the Lok Sabha Secretariat, the Monsoon Session functioned for 21.14 hours and lost 74.46 hours to interruptions in the House (out of the stipulated 96 hours). The Rajya Sabha reported 28.33 hours of active participation while 76.25 hours were lost to interruptions (out of the planned 112 hours). This accounts for 22% productivity for the Lok Sabha, and 28% for the Rajya Sabha.

While the numbers paint a gloomy picture, what qualifies as a substantive (or useful) discussion on a proposed law will always be a subjective assessment. However, the rules of procedure lay down a clear trajectory to be followed for passing of a Bill.

Did the Bills passed in the Monsoon Session follow this trajectory? Ideally for every Bill, the motion to introduce should be followed by a motion for consideration (encompassing a clause-by-clause examination), and finally, a motion for passing. The Inland Vessels Bill, 2021, which was introduced in the Monsoon Session for the first time, was introduced in the Lok Sabha on 22 July 2021.

The Bill was taken up for consideration in the Lok Sabha on 29 July 2021 (it was not referred to any Select/ Joint Committee). A clause-by-clause discussion of the Bill, which should have ideally followed after the motion for consideration, never materialised. The Lok Sabha debate dated 29 July 2021 attests to this fact – this Bill which comprises 114 clauses was passed within 6 minutes. 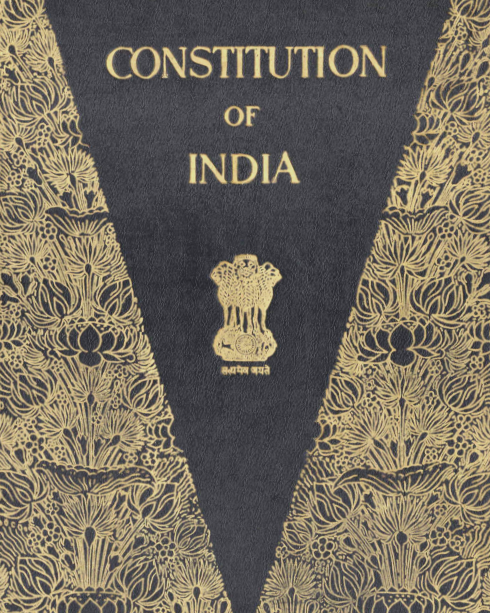 In fact, out of the 14 new Bills passed in the Lok Sabha (the constitutional amendment not considered), only the General Insurance Business (Nationalisation) Amendment Bill, 2021 (on 2 August), the Commission for Air Quality Management in National Capital Region and Adjoining Areas Bill, 2021, and the Coconut Development Board (Amendment) Bill, 2021 (both on 4 August) witnessed brief discussion on some of the clauses.

The Rajya Sabha may have done marginally better. The Limited Liability Partnership (Amendment) Bill, 2021 and the Deposit Insurance and Credit Guarantee Corporation (Amendment) Bill, 2021 did witness some discussion in the Rajya Sabha (for 23 and 16 minutes respectively). Both these Bills were introduced on 30 July 2021 and moved for consideration on 4 August 2021. However, both were passed amid disruptions.

As evidenced in the speech of the Hon’ble Finance Minister on 4 August 2021, concerns over the farmers’ agitation caused a digression from the issue of deposit insurance. Despite the disruptions, however, neither of these Bills was referred to a Committee for a well-rounded (and perhaps, more peaceful) discussion. Irrespective of the nature and purpose of these laws (as praiseworthy as that may be), the manner in which they traversed their law-making path will raise valid doubts on the legitimacy and utility of the parliamentary process.

The Speaker and the Chairman exercise final authority in regulating the conduct and business of the Parliament. A relook into the rules of procedure of each House, one which ensures curbing of disruptions by vesting the Speaker/ Chairman with more effective disciplinary powers, is a possible way forward. Such review is in the works for the Rajya Sabha Rules already.

Also, the Speaker in India retains membership of a political party even after their appointment, which raises a doubt on the neutrality and independence of the office. In the United Kingdom, the Speaker of the House of Commons gives up their party membership. During the general election no candidate from any political party contests from the Speaker’s constituency – only the speaker stands as ‘Speaker seeking re-election’. A possible emulation of this practice which is modelled to suit India’s needs may be considered.

Everything that needs to be said about the need for a deliberative Parliament has probably been said. The Parliament is too significant an institution to get chipped away due to non-implementation of rules or by unparliamentary behaviour. The key then lies in locating the intent to restore the true purpose of this institution.

Mayuri Gupta is the Milon K. Banerji Fellow at the Vidhi Centre for Legal Policy and works with Charkha. Ritwika Sharma is a Senior Resident Fellow at Vidhi and leads Charkha, Vidhi’s Constitutional Law Centre.

Indian Vaccine Debate in the UK: Racism, Capitalism or an Issue of trust?
Whats common between Chopra and Bindra – and no, it’s not only a Gold Medal!