Whats common between Chopra and Bindra – and no, it’s not only a Gold Medal!

For a confirmed professional sports nut, there are fewer feel-good ways to mark Mojo Story’s first day of wordsmithing than by tapping into the two happiest firsts in our sport. They came from Abhinav Bindra, India’s first ever Olympic individual gold medallist and Neeraj Chopra, India’s first Olympic medallist in athletics. In sport and personality, India couldn’t have found two more dissimilar individual Olympic champions. Sport shooter and javelin thrower. A seeker of stillness and a whirlwind reaper. Of city and of village, the urbane and the rustic. 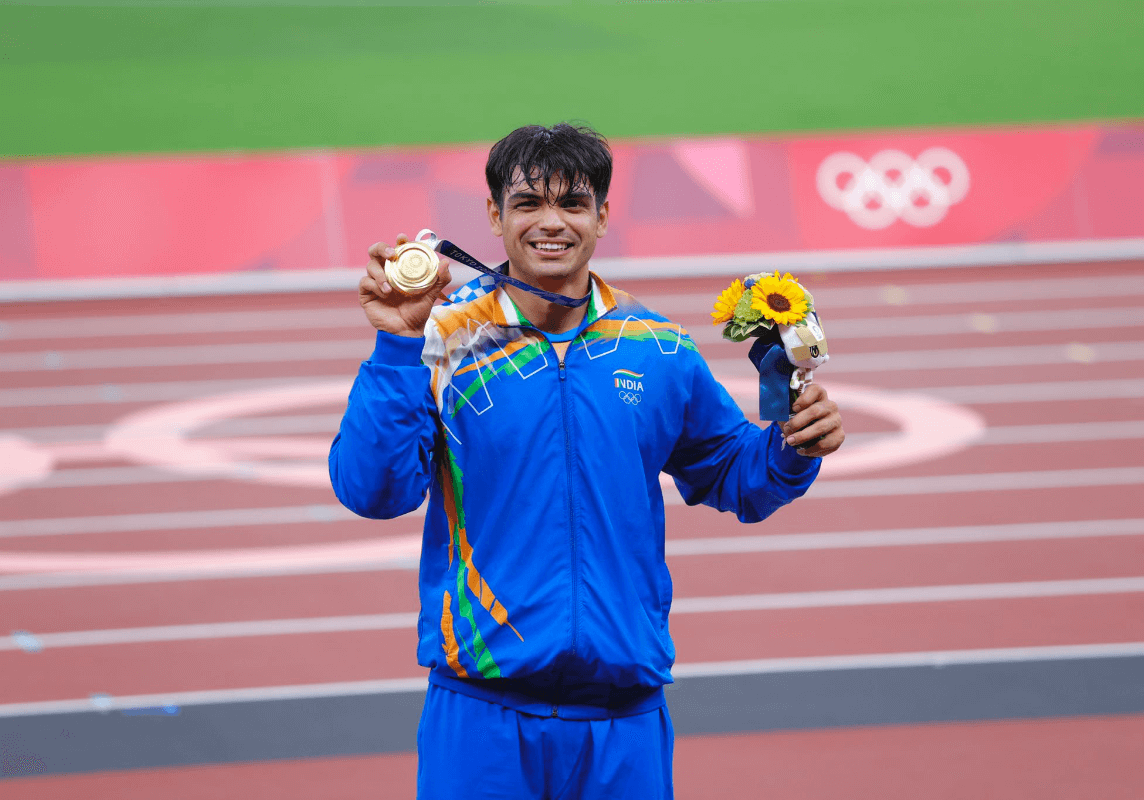 Bindra and Chopra are 15 years apart and won their golds separated by 4744 days, four short of 13 years. Beijing was Abhinav’s third Olympics after a nightmare final in Athens 2004, Chopra hit gold in his first Olympics less than two months ago, radiating such cool in Tokyo as if he’d been there doing that for yonks.

Abhinav, introverted in his younger years, is now statesman for Indian sport, retired in 2016, still private, still committed to Olympism . He has just turned 39, greying in a manner as distinguished as his always sharp formals, an ever-narrowing frame content to pass quietly through airports and hotels and conference venues.

Chopra today is the all-age crowd-puller – relaxed, cheerful, polite, perfectly stooped and synchronised in his namastes and half-bent paay-laagus to elders but in the next instant standing tall, shoulders broad, forearms muscled, pulling out The Medal from his pocket to screaming audiences, his grin lighting up row Z.

From the outside, there’s little in common between the two. But for someone who worked alongside both Bindra and Chopra on their way to Olympic gold, their similarity is not visible but elemental. Forget about their individual sport, their backgrounds and their very overt dissimilarities. What Bindra and Chopra share lives in their minds, in their almost adhesive attachment their craft.

Manisha Malhtora former Asian Games medallist, tennis player, calls herself a sports administrator, a career she’s been at for 15 years after her pro-tennis retirement in 2004. Manisha, 45, has worked with two private sports organisations, first as CEO of the now defunct Mittal Champions Trust and today with JSW Sports as its head of Sports Excellence & Scouting. At MCT, she was part of Bindra’s entourage in the years leading up to the 2008 Beijing Olympics.

After he qualified for the final, she left the competition venue, too nervous to watch, trying to walk the tension away. With JSW Sports, she shepherded Chopra’s route into his first Olympics. On the Saturday evening he and his javelin flew into the Indian sporting stratosphere, Manisha was in Delhi while watching the Chopra Olympic final, her nerves still jangling, but the panic of proximity reduced.

Bindra acknowledged her role when the two gold medallists met in Chandigarh, Manisha was there too tucked away at the back of the group photo as the images and story of Bindra presenting Chopra with a puppy called Tokyo circulated on social media. Her Twitter feed was about their common love of dogs and the ‘Process’ but there’s more.

“They both have a very strong understanding of what they need to do within themselves. Very few athletes, very few Indian athletes for sure, are like that. Indian athletes usually are never taught to think for themselves in the first place.”

Her role as administrator both with MCT and JSW Sports made her the point person in micro-detailing elite athletes’ requirements – seeking and finding expert intervention, discussing competition scheduling, staying in sync with sports ministry and the national federation, ironing out the creases and kinks in travel plans, equipment, gear, sorting out unprecedented obstacles and pitfalls. Also being mind-reader, psychologist and sometimes punching bag.

Manisha says, “Neeraj was much younger than Abhinav when we started working together. But despite that his understanding of himself – what he needs to do – is very high and sharp.” Like with Chopra this year, she travelled to competitions with Bindra before Beijing08. He would finish second last, ‘scrape through to finals’ and tell her it had been great. “Abhinav was clear in his mind about how he had competed… he would do an almost clinical dissection. Thirteen years later now with this guy, it’s pretty much the same thing.”

What has marked both men is their independence of mind and confidence in their athletic choices. When Chopra found his body reacting adversely to celebrated coach Uwe Hohn’s training methods in 2019, with elbow spurs requiring surgery, he was adamant about opting for surgery and four months of rehab. Manisha tried hold off the surgery, “But Neeraj said I don’t have time. I want to do this.”

As athletic advisor to many, the trick is in knowing when to push and when to take the leap of faith. “I said okay in this case, I said I’m not going to tell you what to do, you seem to know what you want to do, so let’s go with it.” With Indian athletes, rarely is it so decisive and unilateral.

“If the athlete is doing something and I don’t agree with it, then I say so. Sometimes they go my way and sometimes they don’t. But the athlete has the final say which is not normal in most of these cases.” The majority, Manisha says, go, “aap hi bataao hum kya karein.” But not Abhinav or Neeraj.

In the months before Tokyo, Neeraj won two small tournaments in Lisbon and Karlstad but felt “frustrated” as none of his major rivals competed there. They did turn up in Kuortane, Finland where Neeraj finished third after which he said didn’t want to compete anymore. Not in Zurich, not in a high-profile Diamond League event. 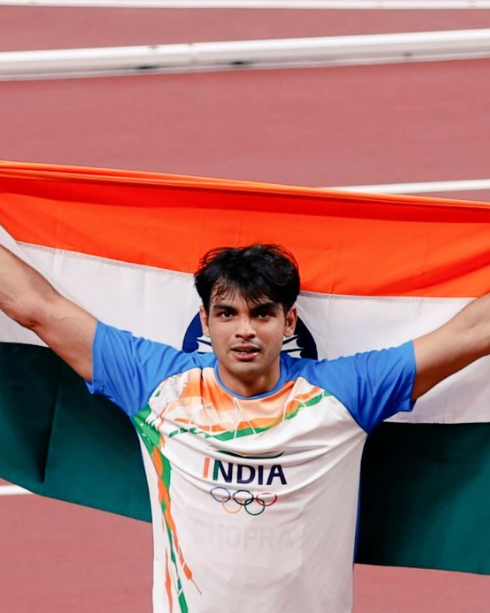 “He said there are lot of things I need to work on, certain things I not feeling good about and I know what they are. I don’t want to compete any more. I need one month’s solid training. I’m going to train all the way to the Olympics.’ ” And so he did, arriving fresh and ready in Tokyo.

What both Bindra and Chopra also have was a cold-eyed objectivity about their abilities. “They are very secure in where they stand with the rest of the world, where they fit in, in their own quest.” They can stay distanced from their own publicity, Manisha convinced their assessments of themselves would be similar.

“That they are very far from where they need to be and where they want to be.” This long range, ever expanding view of their ultimate destination is what kept Bindra and keeps Chopra, and quality sporting competitors, forever motivated and locked into their training.

Fifteen years in the job have given Manisha an understanding of the inner workings of Indian sport. It is she says, “at a crossroads” today.” Indian sport must now “evolve into systems, more sustainability, a broader base for sport.” With greater resources and awareness and a raising of standards, “we don’t need to look at it as one wrestler, one boxer, one badminton player. Those days of just one are finished.

We need higher quality, deeper domestic depth, more healthy domestic circuits. That’s the only way we can go forward.” It’s both simple and, knowing Indian sporting organisation, complicated too.  But like Manisha’s two Olympic gold odysseys have demonstrated, being truthful about where we stand is how first steps are taken.

Sharda Ugra spent three decades reporting sport as required by tabloid, broadsheet, newsmagazine and website  but now lives in Bangalore and writes to suit herself.