Novak Djokovic vs Australia: In It to Win It

Get ready, people. There’s going to be no escaping Novak Djokovic as long as he is in Melbourne. Sorting out his little visa issue and/ or defending his Australian Open (AO) title, chasing Grand Slam title No. 21 to go past Roger Federer and Rafael Nadal. Djokovic, news outlets and social media can’t have enough of each other. 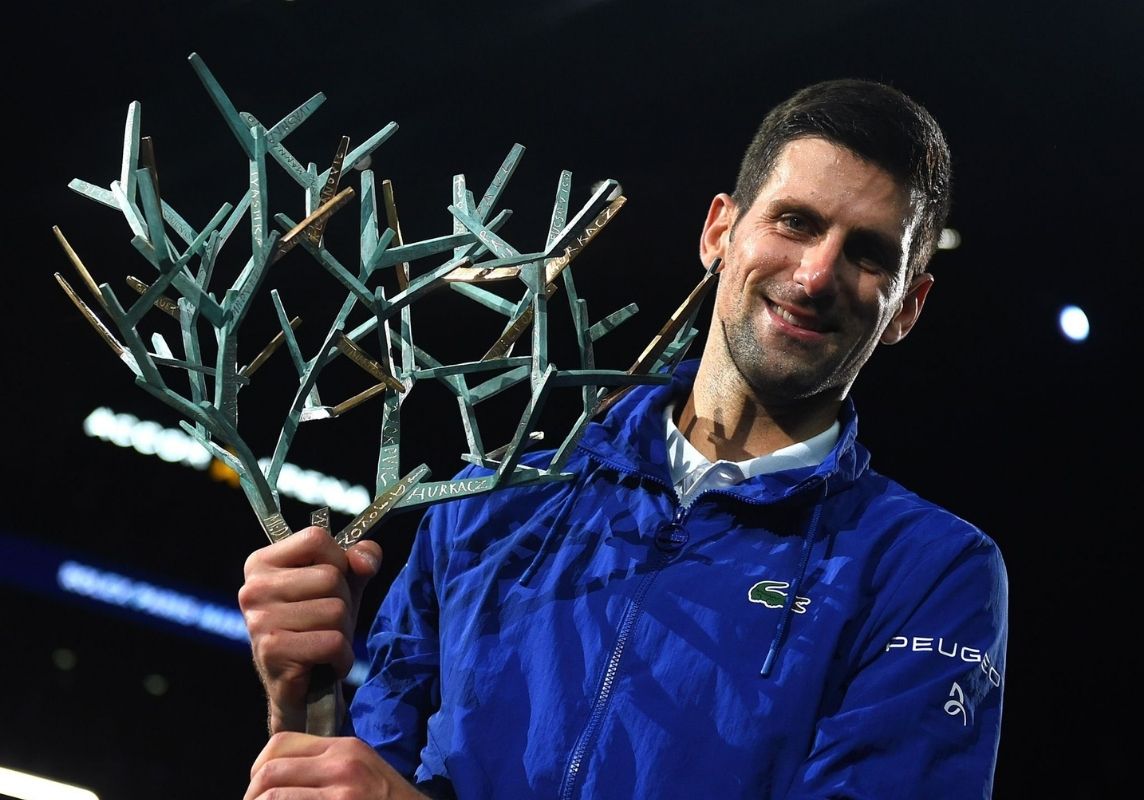 Shortly after he won his case against the Australian government and was let out of his detention hotel, his Twitter handle offered us a photograph of Nole and his coaching team from the Rod Laver Arena along with a short statement. The morning after, the camera feeds and public or media access to the same court was cut off because he was practicing.

Simultaneously, Djokovic’s travel itinerary declared to the Australian government was made public by reporters: world No.1 said that he had not travelled anywhere for 14 days from his port of departure before flying to Australia. But of course, he had and was visible across social media in other cities, usually unmasked, indoors and as is public knowledge, unvaccinated.

His reason given to the Australian government for being unvaccinated was not an ideological one. But because he said, he had tested positive for Covid last month. Then New York Times reporter Ben Rothenberg’s Twitter feed put out Djokovic’s test report in whose QR code scan first showed negative on the test and seven minutes later, had turned positive. On Wednesday morning, Djokovic then offered an explanation on Instagram.

Djokovic and Covid have already had a disturbed relationship – remember the Adria Tour of June 2020, an unofficial set of charity tournaments organised by Djokovic Inc? This took place when pro tennis tours were on four months lockdown during the first, furious outbreak of the virus in the western world. Only when Djokovic, his wife and five others on the Adria Tour tested positive was it called off.

Still, the saga of Djokovic vs the teddy bears of the Australian Border Force (ABF) is not a tale of individual striving vs unyielding bureaucracy. Or a rebellious anti-vaxxer trying to play fast and loose with Australia’s visa rules. Or gross paperwork errors by his manager and his travel agent. This is about celebrity, privilege and entitlement at play – far more powerfully for the tennis star than the Australian government’s operatives.

In another case, entitlement worked in the opposite direction. Outside the heightened outrage of the Djokovic bubble, there was world No. 82, doubles player Renata Voracova of the Czech Republic. She entered Australia in December and played at a first-round match at a warm-up tournament in Melbourne before her visa was cancelled. The ABF overruled the vaccination exemption (given to Voracova for reasons identical to Djokovic’s) by Tennis Australia. She too had recently contracted and recovered from Covid.

Voracova underwent a six-hour interrogation, was detained in the same hotel as the world No. 1 and left the country on Saturday. Over a video call with Reuters, she was to say, heartbreakingly, “I really didn’t know after questioning what I was supposed to do, what my rights are. There were people with me from Tennis Australia, lawyers who were helping me. And they didn’t appeal to the court. So, I didn’t know I could do it. I just followed the advice they give me.”

Djokovic however, aided by the due process loopholes, advised by a phalanx of lawyers, supported by his family and worldwide fans (some being pepper-sprayed by polices on the streets of Melbourne) found his visa restored. In what was an identical real-world case, the supposedly amorphous difference in tennis rankings – men’s No.1 and women’s No. 82 – played itself out in ruthless contrast. 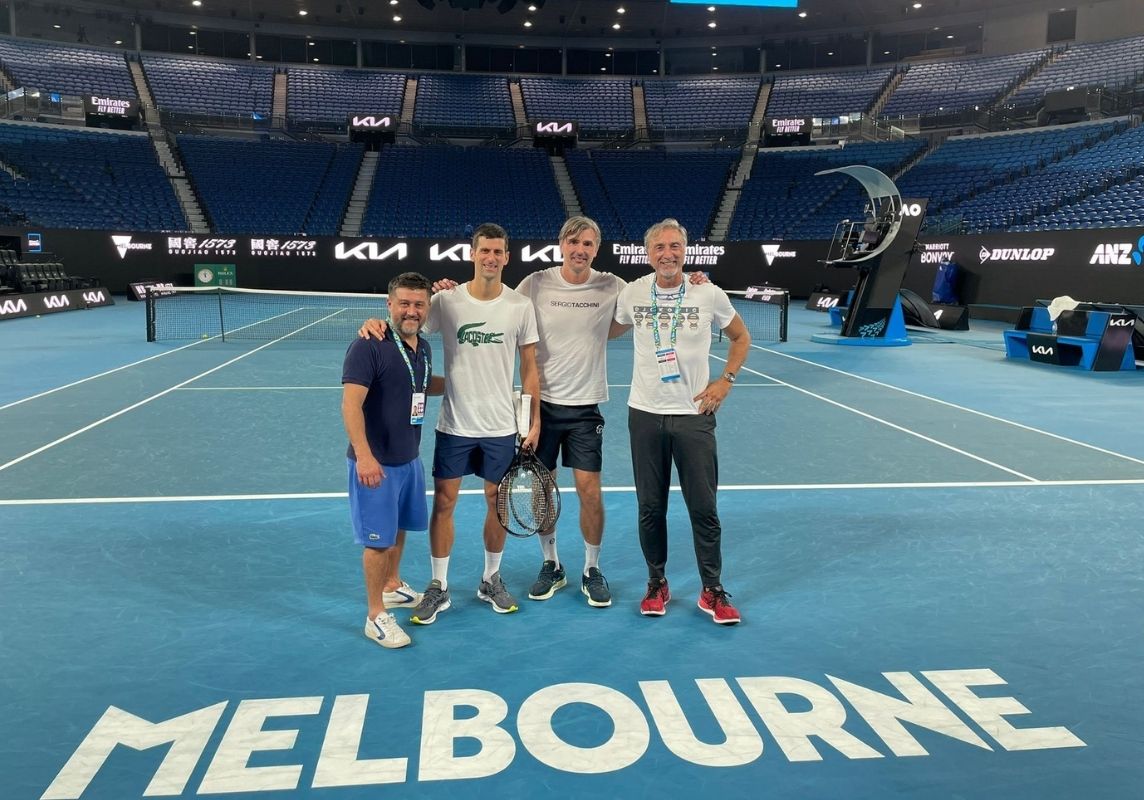 Many are enraged that Djokovic, one of the two biggest names on the AO2022 draw, appeared to have received a celebrity-special free pass. Like Djokovic himself, though, the AO’s own interaction with Covid too has been shall we say, complicated. This is why what happened to Voracova should not surprise.

In 2021, the AO’s treatment of its playing community was far from even-handed. The players were specially flown in on charter flights – with the rest of the country in severe lockdown and 37,000 Australians stranded overseas – 72 were sent into a 14-day hard quarantine in Melbourne hotel rooms. Another select group i.e. the top seeds and their entourages were flown to Adelaide. They were quarantined in far better rooms with balconies, access to better practice facilities and some even took part in an exhibition tournament as a warm-up.

One among the Adelaide Select had sent a list of demands to Tennis Australia CEO Craig Tiley saying that the players in Melbourne should be treated better with regard to their access to practice and training, meeting with their support staff etc. The player speaking for those in Melbourne happened to be Djokovic. He was ticked off both by the public and by the Victorian premier, Daniel Andrews. At the time, Andrews said, “People are free to provide a list of demands. … My job is to make it very clear. People were told what the rules were (before they got here).”

It is a year later. Andrews is still the Premier, ‘people’ were still told what the rules were and still Djokovic has managed to work through them. Whatever else he does at the AO, Djokovic will at some point talk about his experience as detainee at the hands of the Australian government. Many outside tennis now hope it will be more than just me-me-me.

Craig Foster, former Socceroo and pro footballer, athlete activist and human rights campaigner reached out to Djokovic via Twitter. He said Djokovic’s encounter with the ABF would have shown him “how we treat asylum seekers & refugees.” Djokovic was detained, like 33 other refugees at the Park Hotel in Melbourne’s fairly trendy inner-city neighbourhood called Carlton.

Covid has turned this “luxurious 4.5star” hotel into a quarantine facility, then an infection hotbed and now a detention centre. It has housed the refugees since December 2020, with maggots reported in the food, Covid infections re-appearing and outbreaks of fire. Before the refugees were moved in, an Australian government inquiry report dated December 2020 found that 90 per cent of cases of COVID in Victoria from late May 2020 onwards could be attributed to an outbreak at the hotel’s quarantine facility.

Foster wants Djokovic to “highlight the mistreatment” meted out to the refugees, who have already spent nine years in various detention centres after trying to enter Australia.  “Our privilege as athletes means we don’t see how others are treated, passing by in pursuit of glory. But they have the same rights as you.”

Djokovic has spoken at length of his hard childhood, growing up with war and batting obstacles of the sort not faced by most of his celebrated contemporaries. It means he can understand the desperation that led the 33 refugees at Park Hotel to seek asylum from conflict. Foster hoped that Djokovic was “emotionally moved” to “use what is a very brief denial of his freedom to speak out for those who have suffered for nine years and who lack his profile and his voice.” He suggested that if Djokovic does compete in Melbourne, “he might carry their names with him and prolong their tiny window to capitalise on his celebrity.”

It’s like Djokovic has been shown the route to steer attention away from his controversial choices, repair an image and champion a cause bigger and more important than his sense of self.

Now let’s see if he takes it.