20 Years Since The Parliament Attack: Interview with former Delhi CP on What Went Wrong

Merely three months after the 9/11 terror attacks in New York, the Indian Parliament was attacked in broad daylight on December 13th, 2001. This year, the day marks two decades since the attack by terrorists linked to Lashkar-e-Taiba and Jaish-e-Mohammad. They came in an ambassador car and forced their way into the hallowed precincts of the citadel of Indian democracy raising serious questions on the security apparatus of the country. 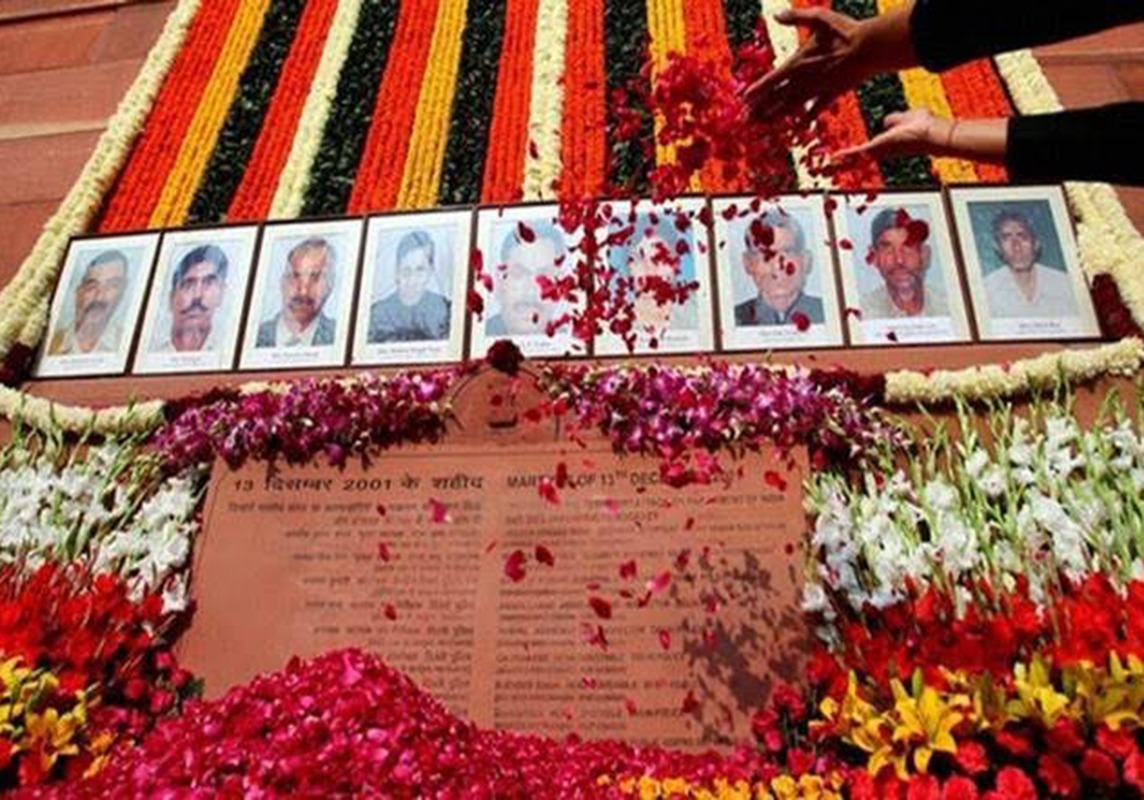 It was on account of the rapid response of the valiant security forces of India who were deployed at the premises that the country’s parliamentarians escaped unhurt. In the police action that continued for about fifty minutes, all five terrorists were gunned down. Five policemen from Delhi Police, one female CRPF constable, two Watch and Ward staffers and a gardener of the Central Public Works Department (CPWD) were killed in the terror attack.

The then home minister and veteran Bharatiya Janata Party (BJP) leader LK Advani termed it as “the most audacious, and the most alarming, the act of terrorism in the history of two decades of Pak-sponsored terrorism.” He also stated then, “We will liquidate the terrorists and their sponsors, whoever they are and wherever they are.”

Soon after the attack, a series of arrests were made by the security agencies including Afzal Guru, Sayyed Abdul Rehman (SAR) Geelani, Afsan Guru and Shaukat Hussain Guru. However, as the case proceeded, the investigation and its aftermath were mired into one controversy after another, be it the hanging of Afzal Guru or the acquittal of SAR Geelani by the Supreme Court of India. There were several allegations against the police that they had violated the human rights of the accused and tortured them in custody.

Overall, the Parliament attack case has evoked thought-provoking public commentaries. While on one hand, renowned author Arundhati Roy contested the ‘nature’ of Afzal Guru’s involvement in the case and made a case for revisiting capital punishment in principle, on the other, senior journalist and now a politician, Swapan Dasgupta then wrote, “If Afzal is not hanged there would be no point in celebrating Durga Puja.”

MoJo looks back at the two-decade of the dastardly terror attack and talks to former Delhi Police Commissioner, Neeraj Kumar, who has not only followed the case closely but has also written about it in his second book titled ‘Khaki Files’. We talk to him about possible intelligence failures, controversies and lessons learnt from the incident: 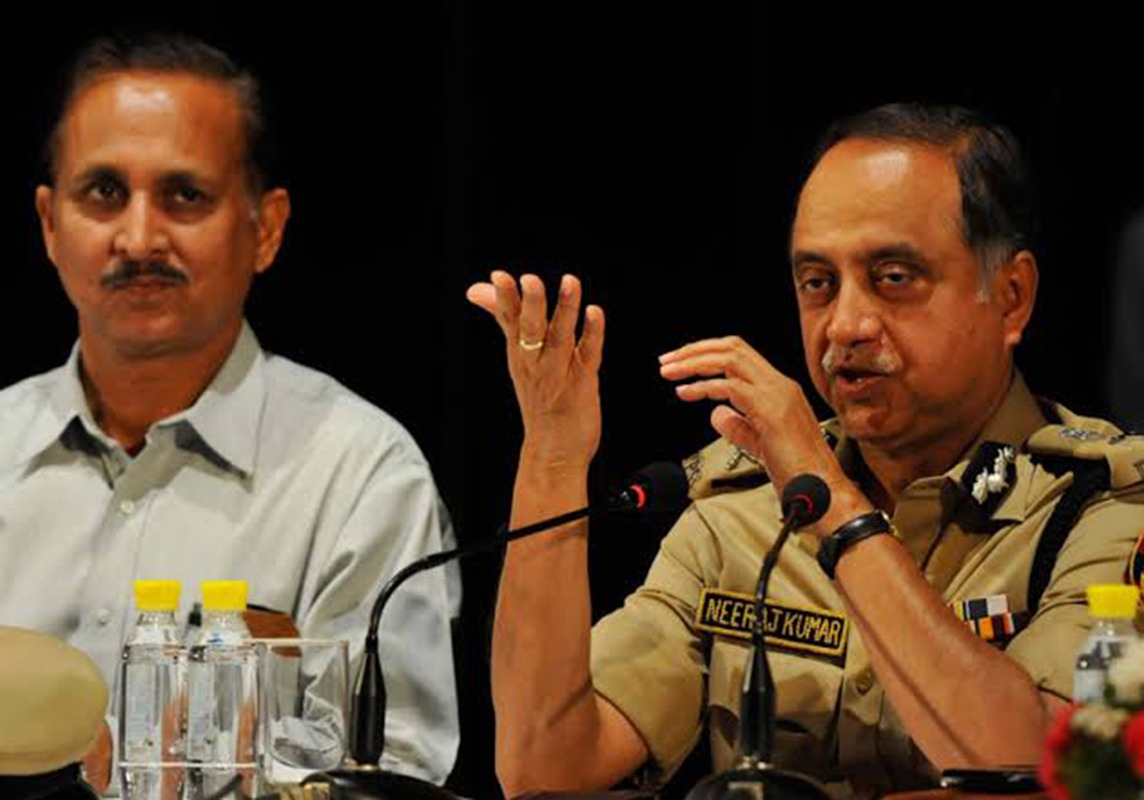 a.) Were there absolutely no intelligence inputs that such a massive terror attack was being planned in the capital city of India?

There was at least one intelligence input I am personally privy to. One Asif Raza Khan was arrested by the Delhi Police on 29 Oct 2001 in a terror case. I was then serving in the CBI and my team was investigating an important case connected with the seizure of a huge cache of arms and ammunition from a truck in Santhalpur in Gujarat. Asif’s direct involvement in the case had come to the fore.

We had interrogated him while he was in the custody of the Crime Branch of the Delhi Police before he was taken in remand by the Rajkot Police for his role in the infamous Bhaskar Parekh kidnapping case. Asif disclosed during interrogation to the Rajkot Police that while undergoing jihadi training in Pakistan he had overheard a plan to attack the Indian Parliament. The Rajkot Police had shared this input with the local intelligence outfit. However, nobody followed it up.

b.) Khaki Files gives an insight into the architecture of the parliament building. Tell us the story of the wall that possibly saved so many precious lives.

Despite best efforts, I was not able to ascertain when and why the wall was constructed. I can only speculate that it was built to divide the drive around the Parliament House into two for security reasons, particularly for the PM.

c.) The attack on the Indian parliament also called for harsh criticism of security agencies. Being part of one such agency, what were the questions that CBI found difficult to answer then?

The Central Bureau of Investigation (CBI) did not come under any criticism whatsoever as it had no role either in the investigation or prosecution of the case. Intelligence gathering is entirely the domain of the Intelligence Bureau (IB) or the Research and Analysis Wing (R&AW) or the state Special Branches.

d.) Were some changes brought in? Any learnings taken?

Of course. A number of changes were brought in to convert the Parliament House into a veritable fortress. Watchtowers, CCTV cameras, bollards and several other security overlays were introduced. Access control was tightened. Today it would be almost impossible to carry out a similar attack.

e.) Arrest of SAR Geelani was highly controversial. Later he was acquitted by the SC. How do you see his arrest and the allegations of fabricated evidence in his case after two decades of the incident?

There was overwhelming technical evidence against SAR Geelani. It was for some substantial reason that the Trial Court not only convicted him but sentenced him to death. Even the Supreme Court did not give him an honourable acquittal.

The evidence against SAR Geelani was technical and direct. There was no question of the evidence being fabricated. According to me, his acquittal was a miscarriage of justice.

f.) In your book, you write Afzal Guru was a ‘storehouse’ and main coordinator of the attack. His family was not allowed to meet before execution and was later buried in the prison itself. Do you think, had this been avoided, sympathies for Afzal at least in Kashmir would have been different today?

The decision to hang Afzal Guru without his family being allowed to meet him and later to bury him within the prison premises was taken keeping the extant circumstances in mind. The events that have followed, in my opinion, do not indicate that the decision was ill-considered. There is no evidence to show that Afzal enjoys any great following in Kashmir or has become a cult figure of any sort.

g.) There were also quite a few conspiracy theories around the attack, one was of ‘staging’ a terror attack to distract attention from Bangaru Lakshman’s corruption episode. Do such conspiracies impact the course of the investigation?

No, they don’t. The investigation is, and should always be a logical, scientific and fact-based process, and never gets affected by speculations or conspiracy theories that are often far-fetched, fantastic and meant only to titillate our baser instincts.

h.) Lastly, since you have served Delhi Police at the highest level, the allegations against the police and the observations of the court in the Delhi riots specifically questions the role of the police. Does it not pain you?

The allegations against the Delhi Police in the riots case are justifiable to the extent that some of the FIRs registered by local police stations were investigated very shoddily. However, the omnibus conspiracy case investigated by the Special Cell brings to the fore the bigger picture of what transpired behind the scenes in the run-up to the riots. The perception that the riots were spontaneous outrage on the part of the minority community against an unfair piece of legislation is only half true.

A number of behind the scene activities were orchestrated by disparate groups of people – a few seemingly very respectable – that led to the riots. It was well planned, well-funded and diabolical, to put it mildly. Once the trial begins in the conspiracy case, I am sanguine, the truth will come out that many may find hard to believe.

I have seen a detailed presentation on the investigation of the conspiracy case. Rather than pain me, the Special Cell investigations make me proud. What does embarrass me no end is the shoddy investigation of various riot cases by different police stations of the North East District.