The Flicker and Wink “Ishq”: How Sidhu’s Politics are Affecting Congress in Punjab

Navjot Singh Sidhu is turning out to be an enigma. There are many who support him and then there are many who criticise him. Even so, he makes sure that no one can ignore him. However, would such tactics take him far in politics, or for that matter, in public life? What is the goal of the ex- Cabinet Minister Sidhu? What is the former sportsman’s strategy for himself, for the Party to whom he pledges loyalty, and to the State of Punjab for which his passion has stirred a hornet’s nest? 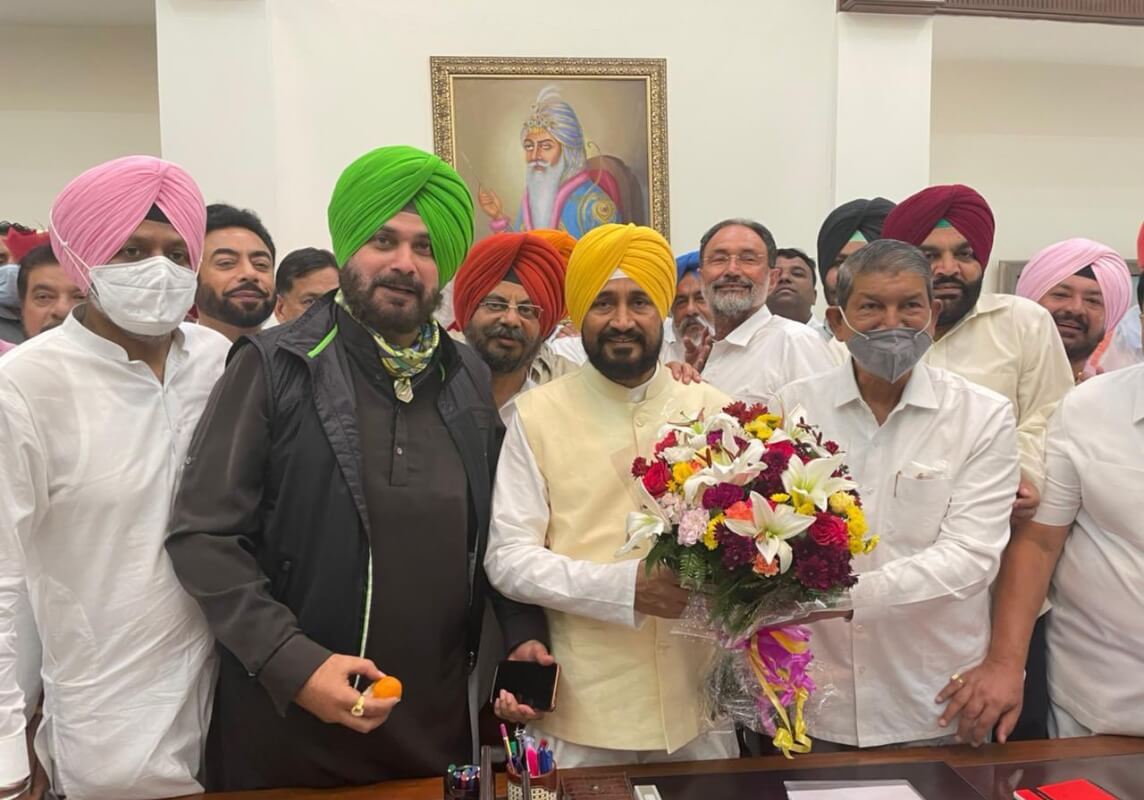 Until recently, Navjot Singh Sidhu was considered the go-to man when it came to highlighting matters of corruption, inefficiency, and nepotism. He was the common man’s messiah. People often wondered who the Congress High Command would choose as the next Chief Minister after Capt. Amarinder Singh hung his boots; two names were taken with great hope of taking Punjab forward on the road to progress: Navjot Singh Sidhu and Manpreet Badal. Sidhu, considered to be the voice of the masses, always had an edge over Badal.

Popularly known as ‘Sixer Sidhu’, he is a man who has worked his way to the top, a man who loves to entertain and to be entertained, a true Punjabi leader who doesn’t mind a good laugh and has an affinity for fame. Manpreet Badal, on the other hand, has always seemed to be an aristocrat whose surname reeks of dynasty to the commoners of Punjab. For them, Sidhu automatically becomes the more approachable one.

However, many of Sidhu’s actions are under scrutiny. Doubts arose among people when Sidhu shifted base from the Bhartiya Janata Party (BJP) to the Indian National Congress (INC). Doubts turned to surprise when he started taking shots at the BJP with the same speeches that were once targeted at the INC. The touching of feet, the open salutations to the leaders who mattered and the tongue-in-cheek repartees amused his audience only for a short time.

Soon the internet was flooded with memes and jokes targeting his hypocrisy. A 13-year association with the BJP ended with no reason offered except that Sidhu wanted the Party to break ties with its alliance partner, the Shiromani Akali Dal (SAD) in Punjab. Such decisions are not taken in a split second.

The national party had to keep many combinations and permutations in mind before plunging into any such decisive break. The result? Sidhu resigned. Perhaps because he felt that he was indispensable to the Party as a Sikh face. His calculations, however, fell flat.

He joined the INC which needed new faces to attract the masses, especially the younger population. Moreover, any defector was welcomed in the INC. Sidhu seemed to be a safe bet. He was popular with the masses and he had endeared himself to the young.

His speeches made Mrs. Sonia Gandhi flash the rare smile while the former Prime Minister, Dr. Manmohan Singh looked on bemused. However, the Congress High Command undermined the fact that Sidhu lacked both a stable ideology as well as consistency in his actions. The only thing he is consistent in is entertaining and firing salvos at one and all, one that has often backfired.

Navjot Sidhu, in the past few weeks, has lost many admirers in Punjab with his erratic behaviour. He lost patience a few months before very crucial elections in Punjab. As the State and its people were gearing up to go to polls, Sidhu decided to shake up the Party leaving it in tatters. 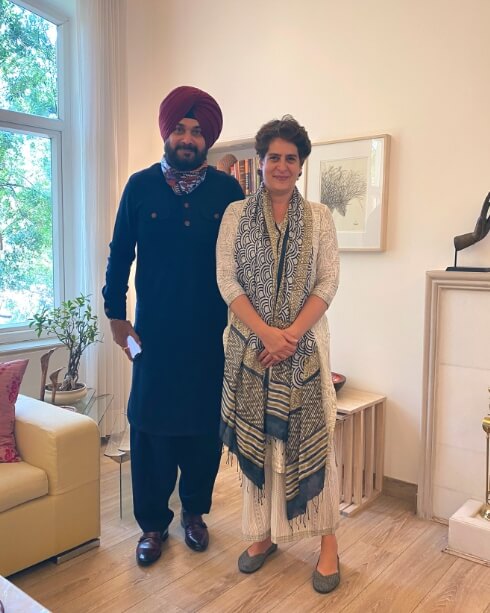 He warned, threatened and cajoled the Congress High Command to take action. He exposed the weaknesses of his Party to the opposition that was waiting to find the proverbial Achilles Heel. The opposition realised that they did not need to act in a hurry. Sidhu was enough to dent the INC in Punjab, and Sidhu continued on his trajectory bulldozing all rationale and goodwill.

His resignation shocked many. After his appointment as the Punjab Pradesh Congress Committee (PPCC) which was an attempt to placate him, he continued his tirade against the then Chief Minister Captain Amarinder Singh. Sidhu’s appointment came at a great cost as Sunil Jakhar had to quietly step down from the post of President of the PPCC.

Jakhar, a senior Congressman, did not raise hue and cry, keeping in mind the greater cause -the unity of the Party. Ashwani Kumar, an attorney who formerly served as a Member of Parliament, Rajya Sabha from Punjab tweeted that it was time to make peace after Sidhu’s appointment as the President of PPCC.

In short, everyone wanted consensus, unity and compromise; everyone but Sidhu. Sidhu was clearly still unhappy. Nothing could come between him and the Chief Minister’s post. A post that he had been eyeing for some time, for none could be a well-wisher of his State besides him.

So, this time he initiated another exercise.

With the Gandhi siblings at his side, and a few disgruntled politicians ready to walk with him, the process to dethrone the Chief Minister started. He raked up pending issues.
While some of his allegations were right, the manner in which he tackled these issues convinced few.

His fiery speeches continued to stoke emotions and that bore fruit when Captain Amarinder Singh had to resign. A quick replacement for the CM had to be found. The glint in Sidhu’s eyes said it all.

A Jat Sikh, a tall leader, with support of many in his Party, he was the man on whom the High Command could turn to. However, the carpet was pulled from under his feet when the High Command chose a face who posed no challenge to them.

When the Party was dithering, it was Manpreet Badal, who instead of projecting himself as the Chief Ministerial candidate, supported Mr. Charanjit Singh Channi. Manpreet threw a googly by showing that he was not into the power game and was happy to be a foot-soldier of the Party. Moreover, this step reflected his desire not to add to the chaos in the Party or give additional headache to the Party.

Sidhu stood by Channi whom he assumed to be quiet and unassuming. But the minute Chief Minister Channi came on his own and started directing the affairs independently, Sidhu’s irritation grew. The new Chief Minister was settling into the saddle when Sidhu targeted the state government. While, Chief Minister Channi offered to talk and settle affairs with Sidhu, the latter did not want to compromise on ‘high principles.’ Again, the people of the State and the party were flooded with the threat of resignation.

Now, the question that needs to be answered is about the future of INC in Punjab. With the elections around the corner in one of INC’s few remaining strongholds, can it afford this skirmish? Recent surveys and opinion polls show the Aam Aadmi Party (AAP) taking the lead in this years’ poll. The recent protests against the three farm laws turned the tide in the INC’s favour and served a major blow to its main competitor, the Shiromini Akali Dal. However, with all the infighting and the power struggle, the INC has failed to stand its ground.

The INC needs to get its act together. Its leaders need to stop indulging in factionalism and to come together to fight the bigger fight for Punjab. The farm laws have still not been rolled back. The Centre has infringed on the state’s jurisdiction by giving the BSF powers of arrest, search and seizure up to 50 Kms from the borders.

This attack on the federal structure is the last straw. The INC and all of its foot soldiers, including Sidhu, will have to pull up their socks to emerge stronger for the sake of Punjab. Antics, petty interests and power politics can only lead to doom. If you really have “ishq” with Punjab, let it be long lasting.

The views expressed in this article are those of the author.