The Quiet COVID Calamity: Delays in the Criminal Justice System

The National Crime Records Bureau published its annual Crime in India Report for the year 2020 this past September. The headline statistics and their controversies were covered in the news back then itself, including the necessary flagging of the ever-increasing pendency of cases in our trial courts.

But, as we all know, 2020 was not an ordinary year for courts — the judicial system ground down to a halt as of 24th March, 2020 and its doors remained shut for trials for almost the entire year, with only urgent work being done. Even now, with courts gingerly resuming work at full capacity, trials end up being pushed off in favour of work which requires less crowds. 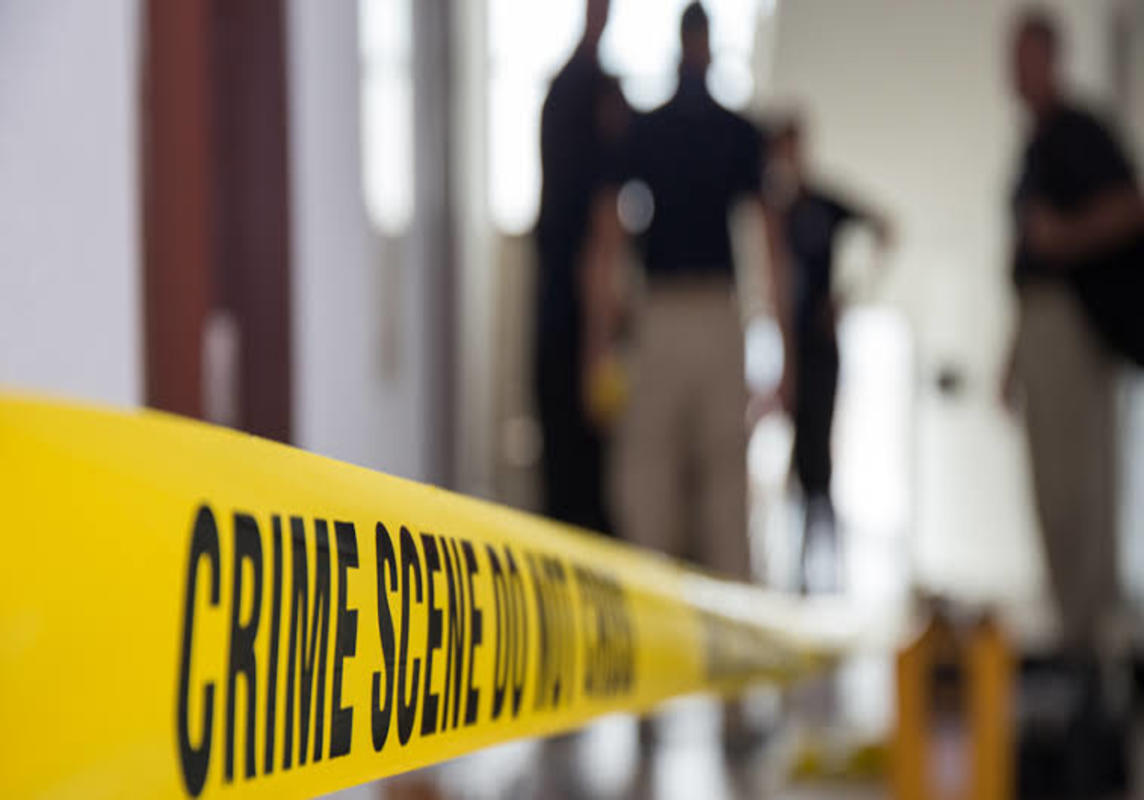 This made the 2020 Crime in India Report assume immense significance from a case-pendency perspective. Finally, we have data to interpret just how bad the toll of Covid-19 and lockdowns has been on the already enfeebled idea of speedy justice in the Indian criminal process. It might not be independently verified or eminently reliable, but even so, it warrants our serious attention.

With case pendency at the trial courts in crores for a few years now, it is fair to say that the judicial system has been in the throes of a crisis for quite some time. It was like a house well past the tipping point of being habitable and in need of urgent repair. What the 2020 data shows us, I argue, is that Covid-19 and its lockdowns have brought our house of criminal justice much closer to its inevitable collapse.

The Problems of Delay

It might be obvious to some of us, but still, it doesn’t hurt to spell out why we should care about rising delays in criminal cases in our trial courts. Our criminal process operates on a specific idea of justice — it respects a presumption of innocence, demands the state prove its case before a court to a standard of beyond reasonable doubt, gives the accused a right to cross-examine witnesses, and empowers courts to pronounce guilt or innocence based on the evidence before it.

For it to work for us, the process needs to operate swiftly — victims want closure quickly, accused persons want to prove innocence soon to get their lives back, witnesses want to give their testimony before they forget what happened, and society wants to satiate its purported urge for justice vicariously through means of the trial.

The longer cases take, the more everyone suffers, ultimately reducing the sheen of the justice that courts serve society through this rigorous process. Slowly, but surely, the idea of justice that our laws offer begins to lose relevance for the society they are meant to serve.

We are already at a place where the idea of a “criminal trial” holds very little significance, if any, in the public consciousness. Instead, the relevance of trial courts has been reduced to the stage of bail. All eyes are on the court at this stage, and extended arguments about guilt or innocence which ought to have been reserved for a stage after the court had recorded evidence, must now take place based on mere allegations levelled by the police to justify the virtue-signalling that will follow the bail order that is passed.

Covid and Pendency in the Criminal Process

It is true that pendency has steadily kept rising; but a closer look at the data for crimes reported under the Penal Code suggests a more nuanced picture might be painted of this problem (see here). The state of play was bearable for much of the 1970s, but since then, the rate of case-disposal for police and courts began to markedly differ. While the police started completing around 70% of the cases in a year, for courts it was almost the exact opposite. This prompted a ballooning of the case pendency in courts during the 1980s and 90s, which has only slowed down in the 21st Century.

But then in 2017, the figure is down to 86.5% or 99,68,435 pending cases, which means that while the total pending cases did increase, this was at a lower rate year-on-year (around 2.6 lakhs more pending cases, as opposed to the increase of 6.9 lakh cases in the past year).

By all accounts, 2020 would have gone on the same trajectory, showing either a reduction or a marginal increase, allowing the system to continue its slow march to the precipice. With the lockdown in March, it was guaranteed that things would be bad. Now we can quantify it: For 2020, the pendency rate shot up by an unprecedented 5 percentage points to 93.8% (Table 18A.2) for cases involving crimes under the Penal Code.

This means that an additional 18.5 Lakh cases were added raising the total pending cases over 1.3 Crore. The figure only goes higher if you look at the figures for cases involving offences under special laws like the POCSO Act, where the pendency percentage shot up from 83.3% to 91.3%.

The Long Road Back

If we want our trial courts to work as the “front line” of defence for personal liberty, as the Supreme Court called them, then let’s get real first. The system designed to protect personal liberty is not the court, but the criminal trial, and it is in tatters. All the agencies know this and focus more on allegations and narratives rather than proof, knowing that the trial is either not going to happen in this lifetime and will not be scrutinised even if it does occur. 2020 and is bound to exacerbate this ongoing perversion of the criminal justice system; the jump in delays will further render our courts invisible to society beyond the bail stage, beyond those rare exceptional cases which will only prove the rule. The game is well and truly rigged, folks.

Unless urgent steps are taken to fill all vacancies in trial courts and increase state-capacity as a whole — get more judges, simply put — there is almost no chance for getting back a semblance of a functional justice system. It is the simplest of answers but, of course, getting more courts and judges requires spending money, and no government wants to do that until no other option exists.

With pendency rates at 93%, you would think that this is the time when no other option exists and somewhere, good sense prevails. Besides stressing on this aspect of increasing state capacity, what I would also want to flag are two other areas of potential: The first being using videoconferencing means to speed up the process, and the second being reconsidering the process itself.

One of the key gains of 2020 has been the adoption of videoconferencing in the judiciary; for a system fixated on the tangible, whether it be paper copies of documents or insisting upon physical presence of persons, the judiciary has taken amazingly to Webex and other such platforms in many parts of the country.

Video hearings were no substitute for the real thing, but they did a great job at saving time and expense for litigants who otherwise would have not shown up before court at all due to the high costs involved in making the trip. Rather than abandon this medium entirely, as many judges and lawyers want to do now that memories of Covid-19 are fading, the Supreme Court and various High Courts should find ways to integrate it with the ordinary setup to avoid wasting time and prolonging cases.

Finally, there is the question of the process itself. Parliament had enacted a new criminal procedure code in 1973 with one of its stated objects being a reduction in delays. It is obvious that the law has failed to deliver on this aspect, and it is high time that we interrogate the reasons why. In a 2018 paper I argued that, in no small part, this is because the process is designed in a way which creates too many opportunities and perverse incentives to delay proceedings for all stakeholders involved. To stop this from happening we need to be wary of these design-flaws. 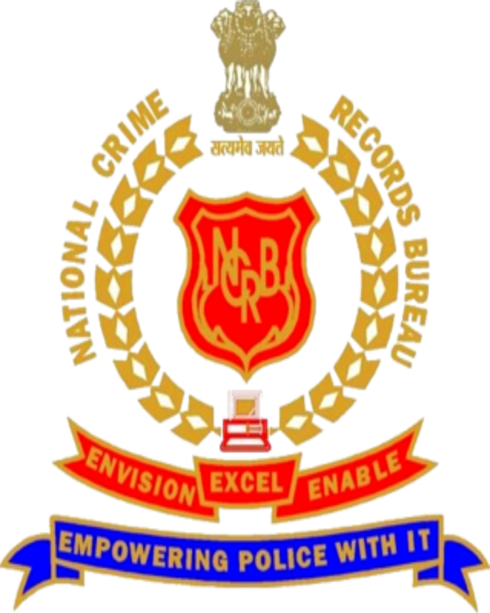 Today, criminal cases mindlessly proceed to trial and stay frozen at that stage for years, despite several stages of prior scrutiny being in place starting right from the time the police files its chargesheet. One way to curb delays would be to insist on stricter scrutiny at these pre-trial stages to realise their potential as means which can help filter out pointless cases quickly.

The imperceptible rate of long-term decay in the Indian criminal justice system on account of its long rates of pendency has been drastically exacerbated thanks to the Covid-19 Pandemic. We can no longer continue to be on the backfoot about judicial delays, waiting for the problem to get worse before doing what is required.

The decade from 2020 to 2030 might prove a defining moment in which way the pendulum swings in this regard — if we make active efforts, focusing on certain areas to curb delays, things might start getting better. But if the situation is allowed to get worse, then it will signal an almost complete disintegration of the criminal justice system provided to us by our laws.

Abhinav Sekhri is a lawyer practising in Delhi. The views in this article are his personal.

From UP to Delhi: Understanding ‘Bulldozer Politics’
Why Boris Johnson Chose Strengthening India-UK Ties Over the Debate on Partygate