UK PM Liz Truss Sacks Her Finance Minister. Is This The Beginning Of Her End?

LONDON CALLING: As the United Kingdom reels under economic and political turmoil, the new Prime Minister Liz Truss has failed to deliver on her pledges and is losing the support of both the public and her party. Ruhi Khan writes on what went wrong with Truss’s premiership and what this means for Rishi Sunak. 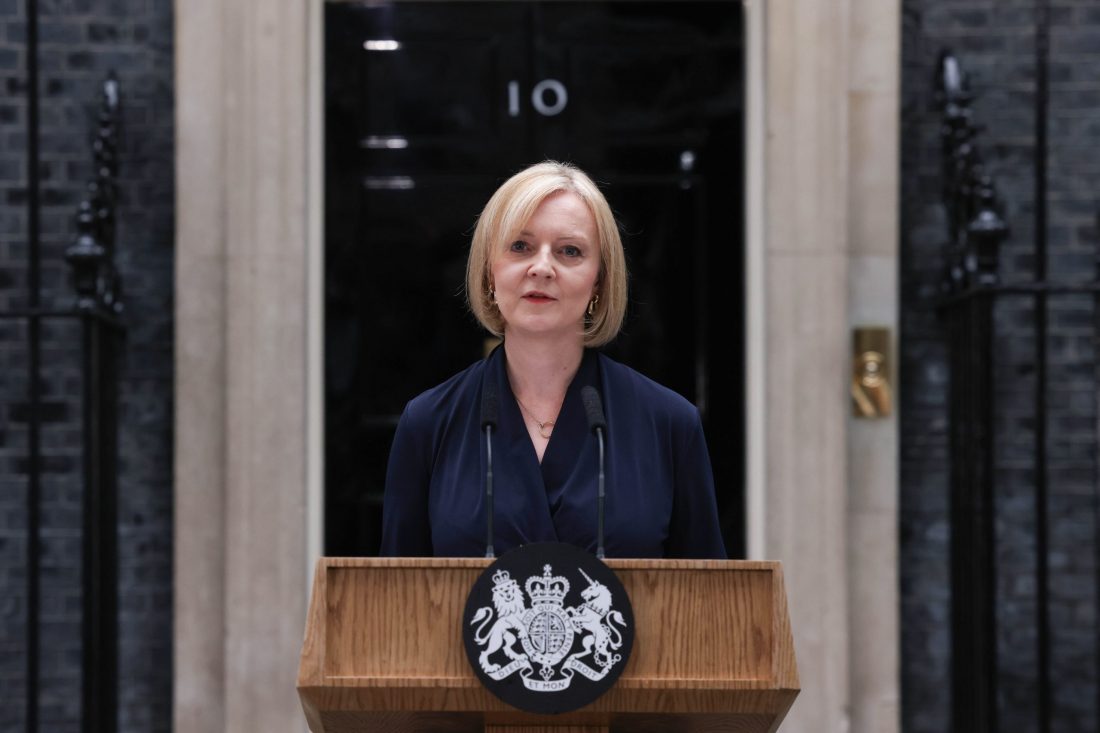 The British government is crumbling like a pack of cards, even as the world gazes on completely flummoxed.

“Insanity on the island,” shouts the German state broadcaster ZDF. New York Times calls it a “crisis foretold” while CNN found this to be a “desperate bid” by Prime Minister Liz Truss to rescue her month-old premiership. France’s Le Monde Diplomatique said that the UK is “a country splitting apart” while  Italian newspaper Corriere Della Serra described the recent political events in Westminster as “a political earthquake”. And the Spanish newspaper El Pais called the change of guard in No.11 –“From Mr. Hyde to Doctor Jekyll”.

It’s not surprising that the saga unfolding in Downing Street is being compared to a dystopian science fiction, the exposition of doom and gloom, glaringly obvious. No wonder, British papers have published today what could be easily constituted as an obituary to her premiership.

It all began four months ago when Rishi Sunak resigned from his post as the Chancellor of Exchequer citing his differences with Prime Minister Boris Johnson, thus shaking the very foundation of the government. Nadhim Zahawi was appointed in his place, Boris Johnson was kept on as a caretaker prime minister while a leadership bid was underway. Sunak contested it and emerged a winner among his peers, but the larger Tory membership supported Liz Truss, the foreign secretary in Johnson’s cabinet to succeed him.

The new government that came into power in early September under Truss saw her quickly replace all the ministers. She appointed her close friend Kwasi Kwarteng as the Chancellor of the Exchequer. Kwarteng, like Truss, emerged into politics from what is called the ‘Class of 2010’ handpicked by former prime minister David Cameron. A London boy, Kwarteng went to elite institutions like Eton College and the University of Cambridge from where he has a Ph.D. in history, followed by a career as a financial analyst. He became the first Black chancellor in the UK, his parents being immigrants from Ghana.

Kwarteng was aligned on the promises Truss made during her campaign and on September 23 a mini-budget “of low tax and high growth” was announced, a financial strategy that Sunak had labeled “a fairy tale”. Kwarteng’s announcement saw the pound plummet, markets crash, mortgage rates soar, and the cost of living skyrocket. The disastrous mini-budget left the public outraged and the Tory peers sharpening their knives.

And this political drama reached a new climax on Friday, labeled in Britain as a ‘day of chaos.

As speculation mounted on whether Truss and her chancellor would survive the backlash from the markets, the wider public and their own party, the government maintained that all was fine. On Thursday, the Chancellor, who was in Washington DC for an International Monetary Fund meeting, told the British press that “I am going nowhere”.

But on Friday, he was booked on a flight back to London and while there were plenty of memes on social media talking about the U-turns the Chancellor’s flight – British Airways 292- was making on its journey to London, there was also a growing expectation that a U-turn would be announced on corporation tax.

Downing Street maintained throughout Friday morning that Kwarteng was safe. Greg Hands, the trade minister told journalists that “the Prime Minister has got total confidence in Kwasi Kwarteng.” He also maintained that there would be no change on corporation tax.

Yet just hours later, he was proved wrong. At 11 am, the Chancellor’s flight landed at Heathrow and as Kwarteng rushed to No.10, he knew it was time to pack up next door. Reading between the lines the letter Kwarteng sent to the Prime Minister, one can clearly see that Kwarteng became Truss’s sacrificial lamb to gain a few extra days to try to strengthen her position in the office.

At a press conference, Truss in her robotic monologue maintained that she is “absolutely determined” to see her plans for “low tax, high growth” agenda through. Kwasi Kwarteng was sacked. Corporation tax was raised.

Interestingly, not raising the corporation tax was an important pledge of Truss’s leadership campaign but now she would have to adopt her rival Sunak’s view on this. As chancellor, Sunak had scheduled a planned corporation tax hike from 19% to 25% for April 2023. Truss previously pledged to scrap this hike but has now reversed her policy and the hike will go as planned. This is the second reversal in less than a month of the mini-budget. Earlier this month, Truss scrapped her plan to slash the top rate of income tax to 40% from 45%, just over a week after it was announced.

A one-month-old government with two U-turns on crucial financial policies does not raise much confidence among investors. The pound dipped and so did the bond prices in the immediate aftermath of Truss’s announcement. Jeremy Hunt became the new chancellor of the exchequer, thus making Kwarteng the shortest serving chancellor (38 days) since Iain McLeod who passed away after 30 days in this post in 1970. Many fear Hunt may not even last that long in office.

Hunt in No. 11 comes as a surprise. A close confidante of former prime minister Theresa May, Hunt served in her cabinet as foreign secretary and was also a cabinet minister in David Cameron’s government but became a backbencher since Boris Johnson took over the premiership. Hunt was second in that leadership race. In the recent bid, Hunt lost early and then became an open supporter of Sunak against Truss. It is believed that many refused to accept the chancellor’s job knowing that Truss’s days are numbered 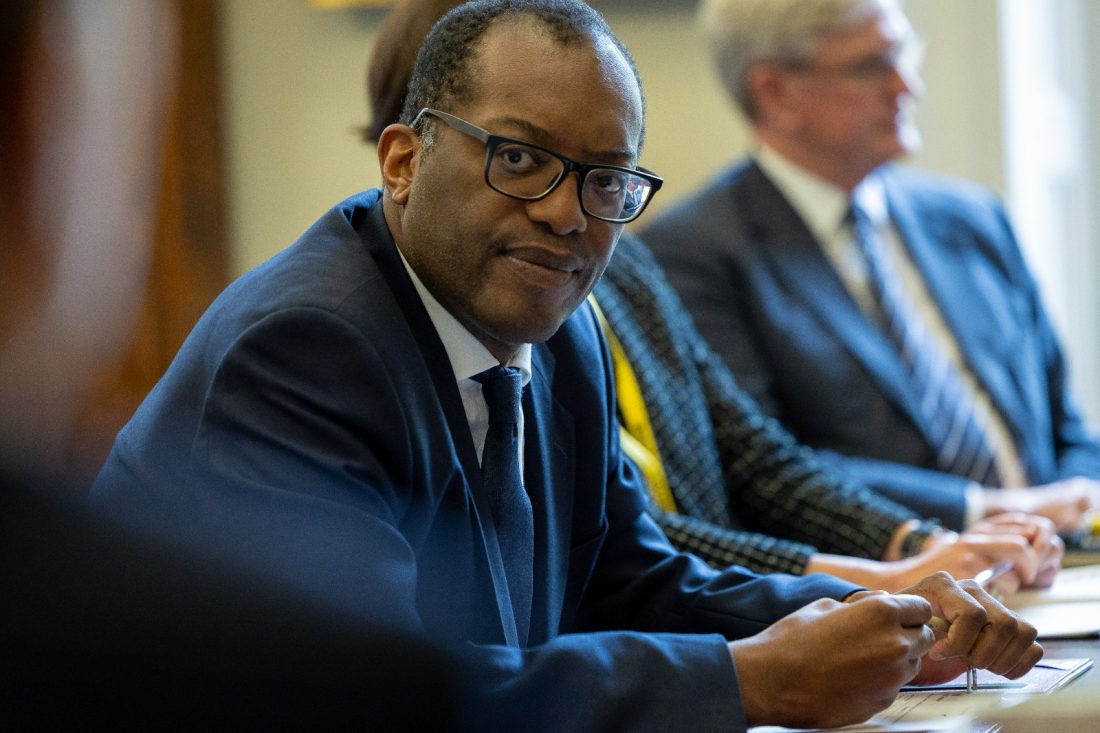 Backbenchers are plotting on how to pull the premiership from under Truss and find ways to put Sunak in 10 Downing Street and there are even talks of a kind of a job-share that sees Sunak and another leadership candidate Penny Mordaunt taking the control of the Tory party with one as the prime minister and the other as a deputy. With every new government policy that meets a disastrous end, Rishi Sunak emerges as a stronger candidate who “got things right”. While Sunak is lying low in his Yorkshire home, even absent from the recent Conservative Party conference, his supporters are propping him up as a decisive leader and saviour of the Tory party.

Several letters by Tory MPs were sent to the 1922 committee that oversees elections of party leaders and votes of no-confidence in current leaders. While Sir Graham Brady, chairman of the 1922 committee is away in Athens, it is believed that the other members in the committee will organize a conference call this weekend to deliberate on the concerns raised by MPs on Truss’s leadership. While current regulations protect Truss from a no-confidence vote for a year after the election, tough decisions can be taken to find ways to prop her government or call for amendments to the regulations. It is only the fear of a general election where polls paint a grim picture for the Conservatives, that has made Tory MPs cautious about rebelling against the government without a plan that safeguards their own positions.

Truss, however, maintains that she is here to stay and will not resign. But we have heard that before. And we know it means nothing. 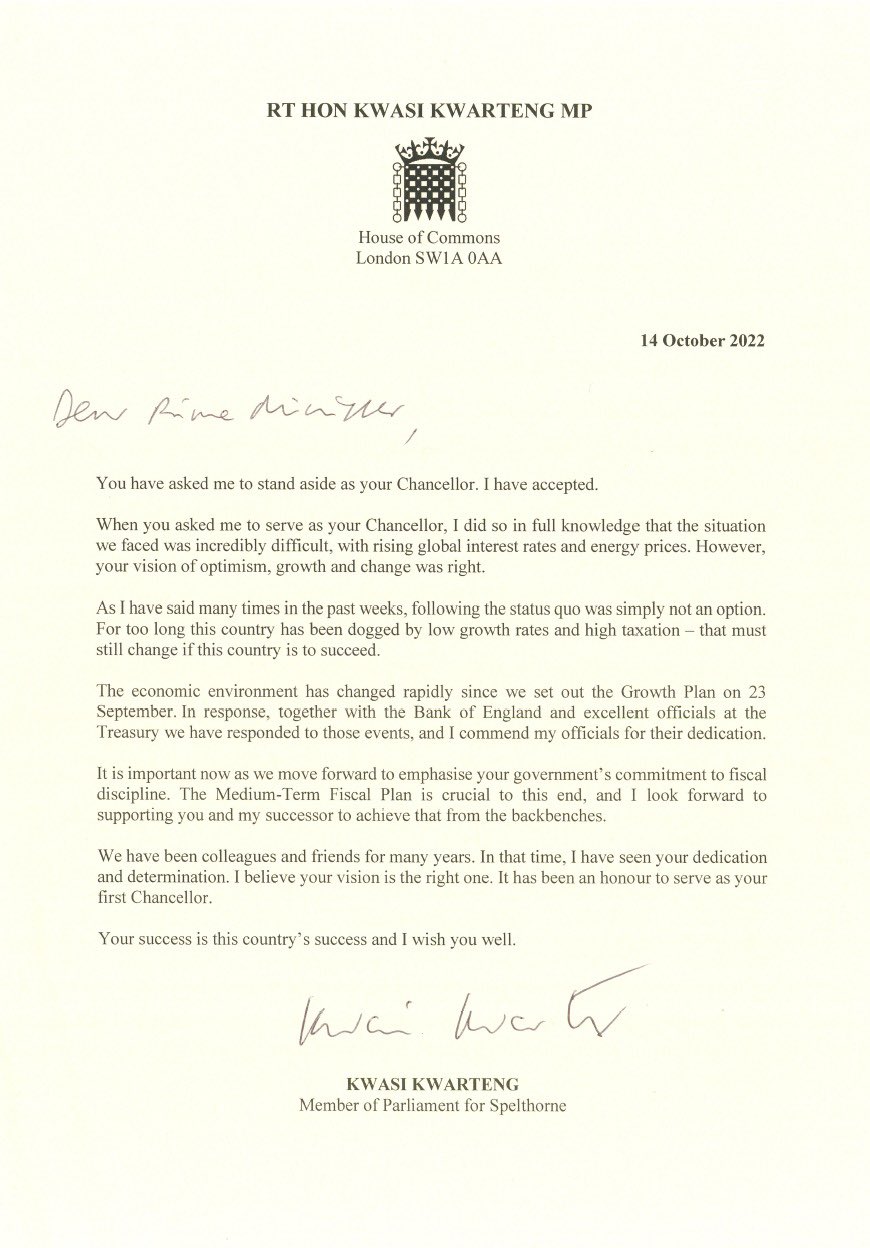 Ruhi Khan is a journalist based in London and the author of Escaped: True stories of Indian fugitives in London. She tweets @khanruhi.

Vidhi Writes: How Accessible is Mental Health Services for Indian Women
20 Years Since The Parliament Attack: Interview with former Delhi CP on What Went Wrong