Vidhi Writes: Inside the Constitutional Reality of Centrally Sponsored Schemes in India

Centrally Sponsored Schemes (CSSs) have played a pivotal (and sometimes outsized) role in governance in India. They have been in vogue since 1950, with several crucial infrastructure as well as social welfare initiatives (such as the Hirakud Dam and Pradhan Mantri Gram Sadak Yojna) implemented via CSSs. Owing to an increase in their number as well as share in public expenditure, the last two decades have witnessed an amplified demand for their rationalisation and restructuring. 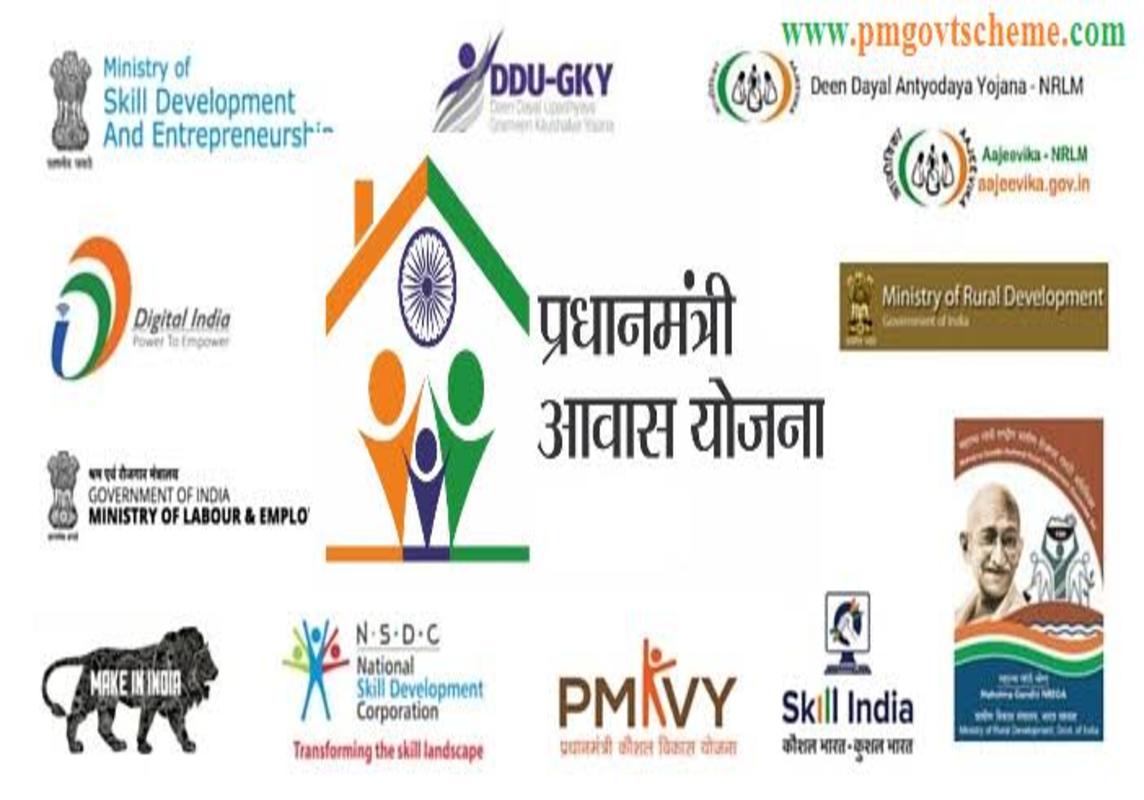 CSSs have traditionally been the subject of inquiry under public finance, economics, and politics. CSSs, however, also make for an intriguing case study under constitutional law. After all, CSSs are premised on transfer of funds between two tiers of governments, which necessarily touches upon aspects of federalism and state autonomy.

This article locates CSSs within the scheme of the Constitution’s fiscal federal architecture and raises concerns around the constitutional validity of their design. Given their implication for states’ autonomy and fiscal priorities, this article alludes to an alternative interpretation of the constitutional provision used to authorise CSSs (Article 282), one which furthers states’ localised interests.

CSSs and the Constitution

CSSs are instruments designed and partially funded by the Central Government, and implemented by state governments. Some of the most well-known CSSs are the National Health Mission, Jal Jeevan Mission, and the Rashtriya Gram Swaraj Abhiyan, to name a few. CSS routinely pertains to subjects which fall strictly within the legislative and administrative domain of state governments.

Is it possible to locate CSSs (as a concept) within the framework of the Constitution? If yes, how? More importantly, where? Answers to each of these questions require setting some context about the fiscal federal architecture of the Constitution.

India is a federation with a clear demarcation of functions and finances between the Centre and the states. Article 246 of the Constitution divides legislative powers between these two levels of government into three lists: Union, State and Concurrent (which are housed in the Seventh Schedule of the Constitution).

While the Centre and States enjoy exclusive legislative and executive powers on subjects under the Union and State Lists respectively, both can legislate on subjects under the Concurrent List. Broadly, the Union List mentions subjects of national importance like defence and foreign relations while the State List enumerates subjects of local and regional importance like local government, public health, and sanitation.

The upshot of the manner of distribution of subjects under the Seventh Schedule is the assignment of greater revenue-raising powers to the Union, while much of the expenditure responsibilities are assigned to the states, creating a ‘vertical fiscal imbalance’ between the two tiers of government.

The Constitution also provides for addressing this imbalance – by means of a comprehensive scheme for transfers from the Centre to the states through multiple channels. For instance, Article 270 of the Constitution provides for the distribution of the taxes between the Union and the states that are levied and collected by the Union. Article 275 provides for the payment of grants-in aids of the revenues of the states. These are need-based transfers made as per the Finance Commission’s recommendations.

Most pertinent for our discussion is Article 282, which enables the Union as well as the states to make discretionary grants, even beyond their respective legislative competences, for any ‘public purpose’.

It is under this provision that CSSs are made and implemented. Article 282 is used to authorise other discretionary grants as well, such as the Jan Aushadhi Scheme, Startup India, and the Member of Parliament Local Area Development Scheme (MPLADS).

Thus, the constitutional grounding for CSSs comes from Article 282 of the Constitution.

Transfers under Article 282 are discretionary grants channelled through specific central ministries, as opposed to those under Articles 270 and 275, which are based on the recommendations of the Finance Commission. 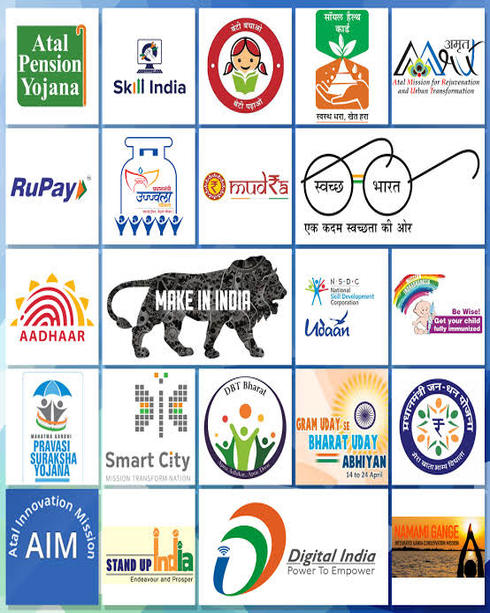 Concerns regarding the uninhibited use of Article 282 to effectuate CSSs have actually been timeless. A Centre-State Relations Inquiry Committee in 1971, which was helmed by former Chief Justice of the Madras High Court Dr. PV Rajamannar, clarified that Article 282 was never intended to be excessively used as a regular channel of transfers but only as a residuary provision. The use of Article 282 to authorise CSSs began soon after the Constitution came into force.

The Planning Commission and the National Development Council (NDC) were established in 1950 through two separate Cabinet resolutions. The Planning Commission under the aegis of the NDC planned socioeconomic development at the national level and dispensed ‘Plan assistance’ to the States. CSSs began to frequently appear as part of successive Five-year Plans.

As is well known, after the creation of the National Institution for Transforming India (NITI) Aayog in 2015, the Planning Commission and the NDC were dissolved, and Five-year Plans discontinued. What continued was the practice of routing discretionary grants via Article 282 which touch upon subjects that strictly fall within the legislative and administrative competence of state governments. With the Planning Commission and the NDC gone, transfers under CSSs are now unilaterally made and effected at the discretion of concerned Central Ministries.

So what exactly are the federal tensions?

Strictly speaking, channeling fiscal transfers from the Centre to states through CSSs routed via Article 282 is constitutionally tenable. This is the settled position of law after the Supreme Court’s 2010 judgment in the case of Bhim Singh v. Union of India.

That, however, does not take away from the dent created by CSSs in the fiscal federal architecture established under the Constitution. Given that the mechanics of CSSs are decided at the Centre, the expansion of CSSs to subjects within the legislative competence of the states raises certain concerns.

Implementation of CSSs is the responsibility of states, which means that they are the ones bearing a significant fiscal burden for carrying these schemes through. CSSs are only partially funded by the Centre and states are required to makematching contributions as per the pre-decided sharing pattern for different schemes. In fact, the Centre’s funding of CSSs remains conditional on states releasing matching funds at their end.

This is particularly detrimental for low-income states who end up receiving low amounts of central funds despite their enormous developmental needs. The fiscal concerns of states are further amplified by how the design of CSSs generally follows a  ‘one size fits all’ approach imposing granular conditionalities on states, thereby making considerable inroads into their autonomy to design and implement welfare projects as per local needs.

In essence, the proliferation of CSSs has been a major concern that hints towards the increased centralised expenditure on subjects within states’ competence.

CSSs are meant to bridge fiscal imbalances, both vertical (between the Centre and states) as well as horizontal (among states themselves). The avowed aim of CSSs, however, is to promote equalization of fiscal resources to ensure a certain minimum standard of development across states.

This rationale gets diluted by the unchecked proliferation of one-size-fits-all CSSs, which assumes that all states are on an equal (or similar) footing, disregarding peculiar and localised needs. In the most recent attempt at rationalisation, all existing CSSs were brought under 28 Umbrella Schemes (with several sub-schemes) in 2015.

Similarly, all major schemes under the Ministry of Women and Child Development are classified under 3 umbrella schemes – Mission Poshan 2.0, Mission Vatsalya and Mission Shakti, each of which consist of many sub-schemes.

Where do we go from here?

Despite criticisms, the use of CSSs to transfer funds from the Centre to states is all too pervasive. Some CSSs have, in fact, been fruitful for states’ developmental needs. Needless to say, CSSs (as a concept as well as an instrument of governance) cannot be hastily wished away. In a universe where the use of Article 282 to authorise CSSs is constitutionally valid and a significant number of CSSs are currently operational, what should be the practical next step? One possible answer lies in a reworked interpretation of Article 282.

As a principle, in some of the Supreme Court’s most landmark judgments, ‘federalism’ has been used time and again to interpret existing provisions of the Constitution. An example of this is the Supreme Court’s judgment in the well-known case of SR Bommai v. Union of India (1994), where the Court was faced with interpreting Article 356 of the Constitution. This provision concerns itself with proclamation of President’s rule in case of failure of constitutional machinery in a state (State Emergency).

In furtherance of federalism and the interest of states’ autonomy, the Supreme Court narrowed the scope of Article 356 to check the imposition of President’s rule (in states) on illegitimate or arbitrary grounds. This is widely considered to be a federalism-furthering interpretation of Article 356.

Applying this interpretive exercise of furthering states’ interest to Article 282 would mean construing the provision in a way that does not erode the fiscal autonomy of states. How will that translate into practice? Practically, this would mean that discretionary grants under Article 282 merely supplement grants under other routes of fiscal transfers (namely, those under Articles 270 and 275 mentioned above).

This will have tangible effects on the number as well as the design of CSSs. In finalising the mechanics of CSSs, a meaningful collaboration between Centre and State Governments then becomes imperative.

Lastly, the need for an institutional forum to adequately account for states’ interest begs attention. The Inter-State Council, for several reasons, has never come onto its own as a robust forum for deliberation between the Centre and states. The role of the NITI Aayog as a collaborative forum, has also remained uncertain. A necessary precursor to CSS-reform would be to usher in a robust institutional framework for policy dialogue between the Centre and states (and between the states themselves).

The views in this article are personal of the author.

[Mayuri Gupta is Milon K. Banerji Fellow at the Vidhi Centre for Legal Policy and works with Charkha, Vidhi’s Constitutional Law Centre. She is one of the authors of Vidhi’s research report titled Fiscal Federalism and Centrally Sponsored Schemes: Rethinking Article 282 of the Constitution.]

Novak Djokovic vs Australia: In It to Win It
Virat Kohli Puts his Career on the Line. What is Next For the Former Indian Skipper?