Virat Kohli Puts his Career on the Line. What is Next For the Former Indian Skipper?

On the eve of the Centurion Boxing Day Test versus South Africa, the opening salvo of a breathlessly-anticipated series, the highest echelons of Indian cricket sent out a threat perception signal flare letting the world know what they considered a real and present danger – a Virat Kohli press conference.

In the southern hemisphere Boxing Day Tests, pre-match media conferences are usually held on Christmas Eve, so that everyone including the media can enjoy feast and festivity and return to cricket nuts and bolts on day one. On Dec 24, South African captain Dean Elgar turned up for his turn and from the Indian side, it was vice-captain KL Rahul. Not Kohli. 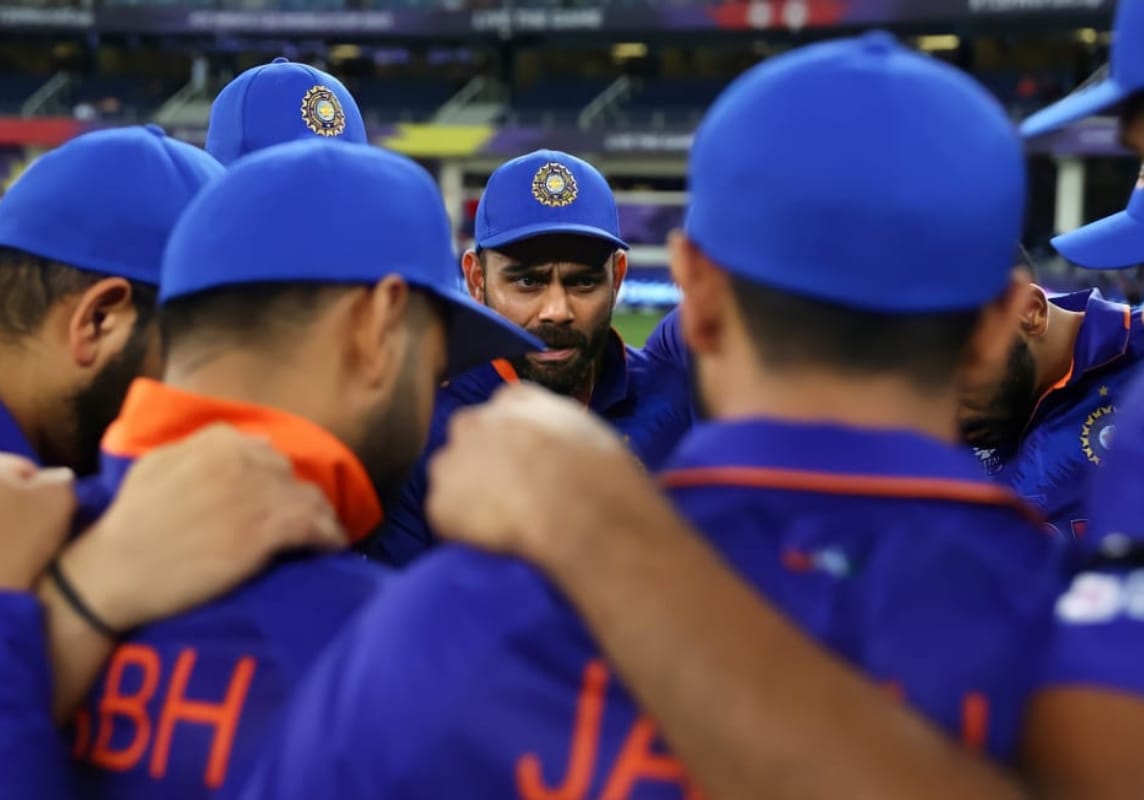 Then in a gesture of rare, blinding magnanimity, India decided to do a Christmas Day PC. What’s more, they upped the Rahul scales. Coach Dravid turned up, speaking in sober, tones telling the media what he’s not going to tell the media. Damn. But for how long will it be anyone but Virat, eh?

The last time Kohli did a press conference, he pulled a gun. Within a few days, his ejection from the ODI captaincy went from The Prez Said to Not To Me,@EE##$$!! Currently, we are in a holding position on that Sourav Ganguly-Kohli squabble. Metaphorical knives are being sharpened in the outraged Team Dada corner, bats oiled by righteous Viratians in the other.

What has ratcheted temperatures and decibel levels higher is the fact that Kohli has now put everything on the line. To start with his Test captaincy, which then translates into his status as Indian cricket’s Alpha Male. Anyone around Indian cricket, Kohli included, knows the equation: Win in South Africa even if with average batting form and he’s safe. Score runs but lose the series and caterwauling ensues. Fail with the bat and lose the series and it’s the dogs of wartime, fellas. In the captaincy market, Indian cricket does not entertain any TINA factor theories.

We would not have reached Code Red had it not been for Kohli’s direct contradiction of Sourav Ganguly’s words in his departure media chat. Ganguly’s response to Kohli’s response to Ganguly’s comments to ANI the day after Rohit Sharma was appointed ODI captain (via a one-line 7:16pm press release) is cryptic.

He has said, “I have nothing to say. It is the matter of the BCCI and they will only deal with it.” Bless him, but at the moment the BCCI that deals with matters comprises Ganguly and BCCI secretary Jay Shah. (The jury is still out on whether the name of treasurer Arun Dhumal should be included in this dealers of matters list.) Fundamentally that statement could be interpreted as the dealers of matters are just waiting to see what happens in South Africa before they act. 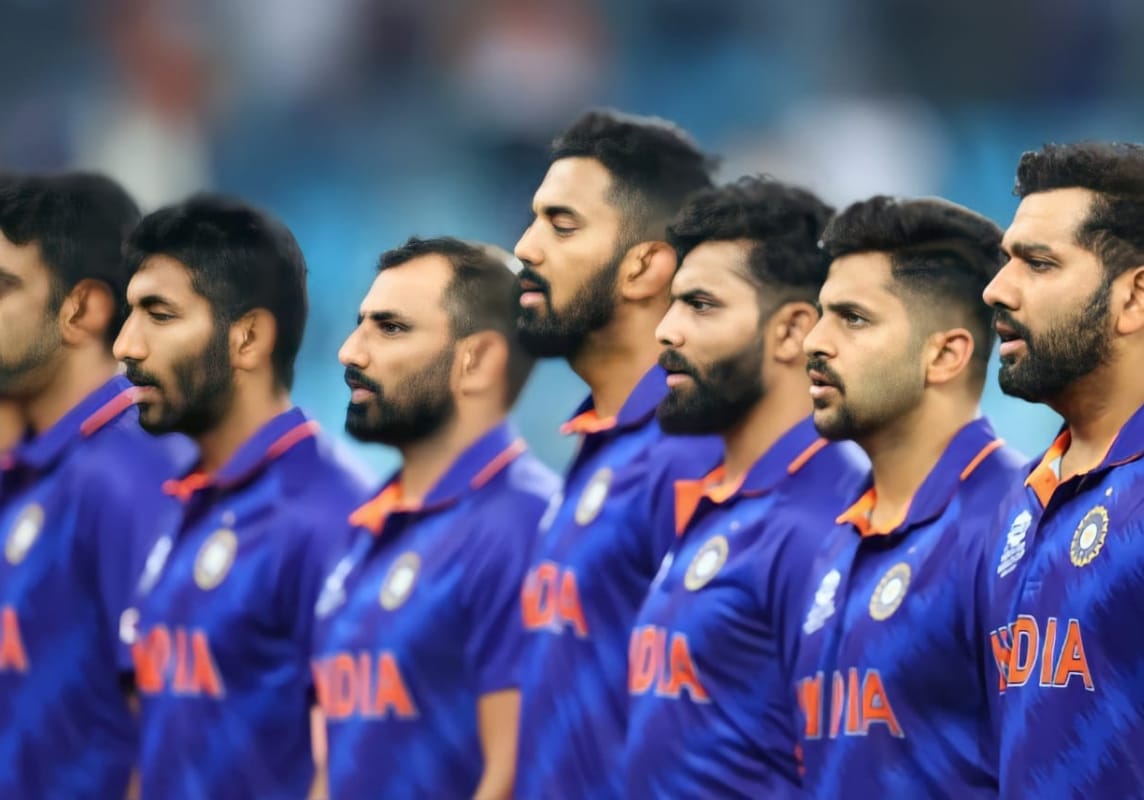 Now while the team may not need this drama, it’s not that Kohli and Ganguly are going to be in the same dressing room, sharing bus rides and breakfast buffets. There aren’t going to be too many Indian reporters on tour, all commentators know how and where bread is to be buttered and given that the series will be played behind closed doors, the hecklers have been taken care of too.

But what makes things even more complicated for Kohli is the fact that South Africa and its team are not the easiest hosts and adversaries to bat yourself into form. The stat being beaten over Kohli’s head is the absence of any international century since Nov 22, 2019. For most other batsmen it would be fine because anyway, he averages 43.26 in ODIs and 59.76 in T20Is with 15 fifties in that period too. The problem is that centuries to Kohli had become like fuel to jet engines, his prolific rate of churning out hundreds is what had made him the rare, multi-format superstar.

That November 2019 century versus Bangladesh in an Eden Gardens Test, was his 70th international century. Of the 70 hundreds, Kohli had motored to 41 as captain, wearing the responsibility of the job like superheroes do capes. It put him one behind Ricky Ponting’s 71, which is the second-highest total of international centuries in the history of cricket. Beyond Ponting, 29 centuries ahead is Sachin Tendulkar’s 100 hundreds, which Kohli was being widely predicted to overtake.

While Kohli’s white-ball numbers are fine the Test format, which he himself treasures deeply, are worrying. Since that Test vs Bangladesh, Kohli has scored 599 runs from 23 innings (average 26.04) with five fifties. And now he’s pissed off the BCCI President. In order to stall what looks like a vivisection of his captaincy career, Kohli needs what are called Daddy runs in South Africa to re-seize control of his career and his position at the top of the tree.

ESPNCricinfo have called it Kohli’s biggest gambit, and it is a very Kohli type thing to do. To put his skills as a long-form batsman and his hold on the Indian captaincy under the cosh in the only country India where have unable to win a Test series. It’s one hell of a script for a sports movie, except this is real and it’s happening to the biggest name in world cricket.

Once there was another India captain who had such a long slump – who went two years without international centuries, playing around the same numbers of total matches. 54 to Kohli’s 51, with 12 international fifties to Kohli’s 20 in the same period, a reflection of Kohli’s prolific white-ball turnover. It’s their Test stats that are seriously creepy – 13 Tests and five fifties for both, 599 runs for Kohli from 23 innings @26.04 (SR:43.62), 580 from 18 innings @32.33 (SR:54.05), for the other captain. Who happens to be Sourav Ganguly.

These happen to be just cricket numbers playing karmic tricks because there are of course a gazillion points of difference between the two men, their times, their fortunes. It would be funny if only the confidence around Indian batting wasn’t so darn precarious on the eve of a monumental series. Shortly after Ganguly scored a 100 after two years (against Zimbabwe in Bulawayo), he lost his Test captaincy (the BCCI backing the new coach who wanted him evaporated).

But he was to return, with flaming Phoenix metaphors flying around, playing 61 more matches for India (29 Tests 32 ODIs), scoring 3386 more international runs (2000 in Tests) and four more centuries. But the key difference here is that Ganguly was never the premier batsman of his team. Kohli is. This is why his roll of the dice on the eve of a series against South Africa contains consequences far wider and deeper than we can understand or even imagine right now.

Vidhi Writes: Inside the Constitutional Reality of Centrally Sponsored Schemes in India
Why Is India In A Dire Need For Better Criminal Justice Statistics