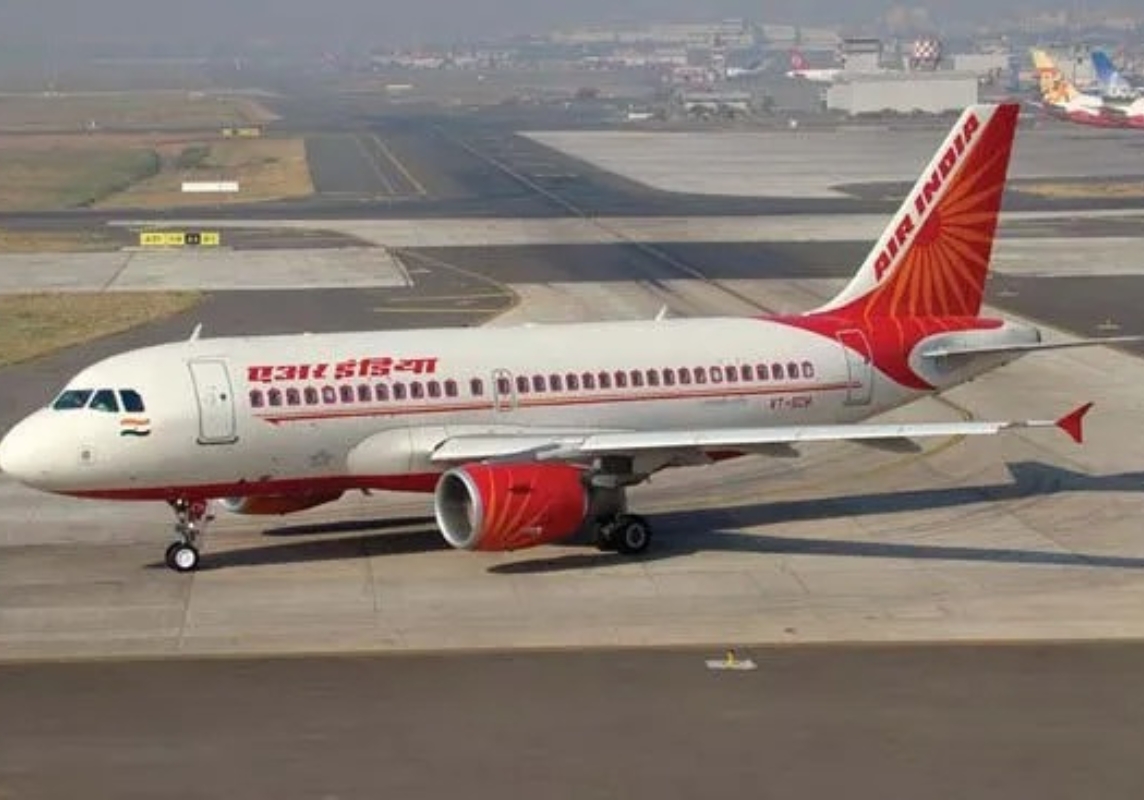 Airport floors took the hard pound of heels; pounding as bold as the confident man in the old ‘Moods’ advertisement. Leather bags as if polished recently, and hand bags vie for attention.

There was dignified silence around the few shops that catered to a book reader or a window shopper. At the restaurant, fork/knives clanked. The furious roar of engines signalled either arrival (nearing in) or departure of planes (furthering out).

‘Up ahead in the distance’ whether on the jet bridge or atop the ladder, the voice of happy air hostesses welcoming ‘passengers’ (not guests) was like a BGM to the plane’s seemingly never ending whine.

Inside the aircraft an air of quiet sophistication overtook the senses, with colourful carpets, upholstery, seat covers and the folded tray table.

Food trolleys rolled in mouthwatering gourmet cuisines with metal cutlery, and created a near-synchronised rhythm beating the noise from fully throttled engines up in the air. Conversations and the occasional loud peal of laughter got interrupted by the sound of the flush system from the ‘nearest lavatory behind you’.

Warm goodbyes, and the customary ‘see you next time’ brought an end to the flying experience, until the next available opportunity.

All that, was in the past. As Vir Sanghvi says, today air travel has been ‘democratised’. And there are consequences. I’m no elitist, neither am I from the elite class.

Cut to today’s “lean, clean” mode of flying in a “machine”!! Brand promises and (low) price structures that lure “everyone (can) to fly” have created a different animal in today’s airport and airplanes.

Cars jostling for space at the drop off location can be mistaken for a busy roundabout amidst disorderly traffic in the middle of town.

Hard soles have almost been replaced with flip flops that flip and flop according to the pace of one’s scampering. Loud calls from group leaders pretending to have flown a thousand times to those lost in the maze of an airport, resemble a sudden clatter of unused vessels in a kitchen.

At Security Check, a head of the family has half a dozen home-printed boarding passes stapled… but hello, each member needs to show the respective boarding pass to proceed. Immediately there’s a confusion that rivals the one in the Congress party… the suit-clad bloke and the hapless old couple go: “why did I choose this line”?

‘Puma’ has glorified the traditional flip flops and they are now a crowd. ‘Crocs’ has a number of cousins. Backpacks with unbuckled straps flap around, at times ‘whipping’ passersby. Eyes bulge out as heavy trolleys bags that have wheels(!), are carried around (some of them are a case to question the check-in staff – did they not see it?).

Thanks to bank cards, “now almost everyone can enter lounges”. Resembling at times an ‘A2B’ restaurant, an ‘Empire’ outlet at midnight (Bangalore’s famed eat outs), or the celebrated ‘Manohar’ chaat house in Bhopal, they are no longer ‘business! lounges’. Every TDH* is here.

Some hurry and scurry to grab more food than what can be placed on their pieces of ceramic (have they not seen food before?), almost tipping over tired pairs of stretched out legs.

While some couples engage in the longest version of ‘who will blink/talk first’, at another corner an entire family group is busy eating, drinking and making merry.

Sometimes children come out of your ears, and at other times noisy men clutter around in a group, take the lion’s share of space (and food!) laid out aesthetically. They talk and laugh with mouths brimming with rice and curry (joy-full). In between they pick their teeth using finger nails, rub them on their pants, then slide their phone and howl out at their wives or vendors (it doesn’t sound any different). When you think they’re over with their gluttony, one of them arrives with a new “dish” from the buffet and “kindly” shares it with the others. Without being pejorative, this is a scene straight out of an Indian Railway’s Sleeper Class travel experience.

Mothers run behind kids who drop ‘gulab jamun’ on the floor, pasting it onto the carpet! Nerdy, bespectacled guys with open laptops debrief their colleagues … but hey, why should an entire airport lounge know your sales target, the next year’s budget or strategy?

They all then head to the ‘lean and clean machine’ (not aircraft). 9 out of 10, “all-can-fly” citizens never bother to respond to the warm greeting from smiling stewards / stewardesses (almost the only thing that remains of treating men, women and “boys and girls” as human beings).

Meanwhile on the jet bridge, the new generation corporate traveller will invariably get a call on his foldable phone, to which the reply will be: “… yes, but I am going out of the country for the next few days and I am boarding a flight… can you call me ten days later?”. His friend asks him who that was, and laughs his lungs out when he knows it was a call from an insurance agent (“otherwise you never pick that call, no?”, goes the friend).

No one wants to hear the Captain’s announcement anymore. 180 heads bow to their phone. Many will update their wives – “boarded”! Captain can go to hell (like professor in college; who cares what s/he says).

Once airborne, the once popular-in-Indian-skies “sir, can I get you veg or non-veg?” is replaced with “do you want to purchase any item from our menu?” The sound of cutlery has been replaced with “as per guidelines from Ministry of Civil Aviation, there will be no service of food and beverage as this fight is less than two hours”**. The ‘mind your arms and legs’ recital however, continues.

To those who were vociferous in their support to the idea of LCC flying, one question: when food and beverage is taken off the flight’s service, cost of flying should have been reduced too, right? On the contrary we see insane fares. All of it can’t be fuel alone.

(Barely a minute before landing, a senior IAS officer (client) with whom I was travelling picked up a call on his cell phone. This was 6-7 years ago. Today, on an average half a dozen phones ring while on the runway for take off and during the few minutes before landing (“yes dad, we are just landing”!!)! Don’t members of crew hear it? It’s indeed dangerous. Or is it not, as it used to be”?).

Then there are folks who unbuckle seat belts even as the plane is ‘floating’ before touch down! Front-row passengers (the middle seat person) ready with bags on their laps on hearing the pilot saying “we’re descending”. Sometimes it takes a very patient “explanation” by the crew to convince them to have the bags back in the overhead compartment.

On landing, many phones ring in different ways, ranging from bhakti tunes and weird sounds, to great Eric Clapton or Bollywood licks, or plain vanilla factory tones. A hundred passengers answer: “just landed”. The aunty, uncle and the young techie … all alike, go: ‘paanch minat’. Only that the plane’s (parked at a far stand) door would not have been open yet!

And finally, we have the ultimate cynic roaming the swanky terminal buildings. He (almost certainly I’ve not seen a woman do this) will question the need for a world class airport, which to him looks like a shopping mall with a jet bridge! He will curse the system for having him arrive at the airport many hours in advance rather than just a few minutes, as before. Maybe he never heard of 9/11.

Today’s air travel is a pale shadow of how it used to be just even a decade ago.

The only thing that remains, is that soft ‘ding’ that signals a message from the cockpit to the cabin crew, or a passenger calling the attention of a member of Crew to ask, “how much more time to land”! And that is not enough.

I want the taste of that sharp dash of hot coffee through the thick froth – that good old charm of flying. The onus is both on the airline as well as the passenger.

There’s a silver line – the “joy of flying” is on its way back (we are still waiting). Hopefully, the “new feeling of flying”, will get better with the “wings of change” (now we learn it is being merged!), and not just pretensions of (my) “coming first”.

Written in May 2022, modified in the light of the recent incidents on Air India, SmileThaiAirways, Go Air and Indigo Airlines.