Whose Football Is It Anyway?

Confused about what’s happening with FIFA and the All India Football Federation? About how suddenly on the Monday night of the Amrit Mahotsav of Azaadi, India suddenly becomes the bad boy of international football, now stripped its leagues, international matches or its global women’s u-17 event? 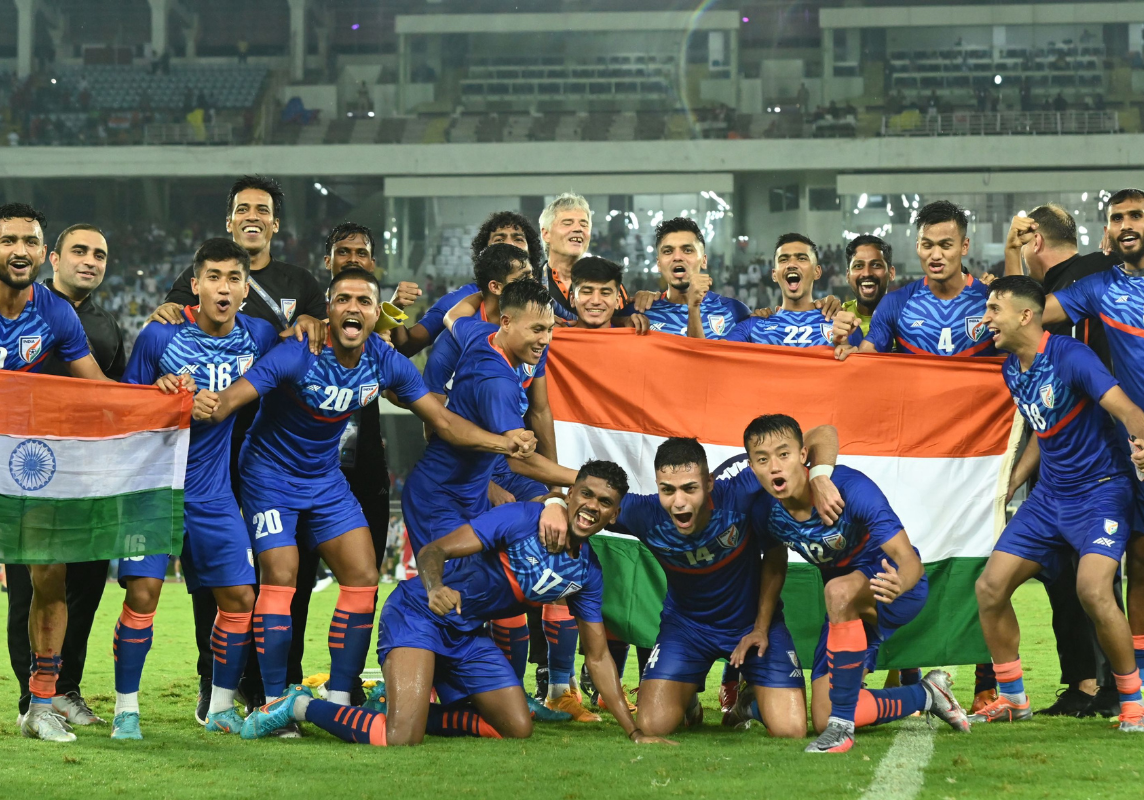 Well, what if you were told that this was a condition, no, sorry punishment, slowly engineered by the very folk who were once in charge of Indian football? For more than a decade, just because they didn’t want to step down from their posts? Or wanted their posts back, either way, same-same. This after going way over their legally-designated tenures? Not possible, say you. There’s no one who could sink so low that they would be willing to deliberately cast their own sport into the outer darkness.

Er, not been paying attention to Indian sports administrators, have you? The majority for whom their sport is not something to nourish but rather to feed on. With cross-political party alliances to keep every possible side on their side and in their pockets to swing into action at times like this. That’s what’s happened to Indian football – cannibalised by the very officials it made famous.

Just because FIFA has banned the AIFF doesn’t mean FIFA is acting on high principle. Or either that AIFF has been so traumatised by third-party interference that it needs rescuing. FIFA, remember, is staging its World Cup this year in Qatar, whose football federation is not, shall we say, the most independent, third-party-interference-free football association on the planet. That the third party in the agreement between FIFA and Qatar football happens to be the entire Qatari government, which happens to be the Qatari royal family, can easily be set aside.

As happens in many things India, this mega flare arose from elections. Or rather lack of. Praful Patel, one-time and now still-wanting-to-be AIFF president, has served three four-year terms as Prez plus and stretched the third, election-free, by another two years. That’s 12 years plus Covid, a total tenure of 14 years. Under no dexterous arithmetic is 14 somehow less than 12, the maximum term limit fixed by the government’s 2011 Sports code which applies to all national sports federations (who take your taxpayer cash to fund their budgets).

This delay in holding elections is what led the Supreme Court in May to appoint a Committee of Administrators and take over the functioning of the AIFF. The Court was responding to a petition and not displaying suo moto sporting enthusiasm. Whenever any national sports federation (NSF) has its governance questioned by a court its first response is an outrage. About its ‘autonomy’ being threatened. Which is basically slang for, ‘kindly do us the favour of ignoring us as we break our own rules and because our office bearers’ egos need to be fed or they will shrivel up and die.’

If and when this first salvo about ‘outraging the modesty of our autonomy’ is ignored, they up the public panic ante. Your resolute interference, milords, will make our international daddies very angry and we will be fined/ banned/ thrown to the wolves and left to die. This is meant to dial down on the Court’s attention and/ or strictures and work towards diluting the NSF’s blatant transgressions or ignore them.

In the course of the three-month-long AIFF v COA & Sports Ministry saga, this is the pressure that was being sought to be exercised. What the FIFA ban announced last night indicates that while the current AIFF dispensation has done little to enhance the image or improve the standing of Indian football on the field, it certainly appears to have friends in high places. Who will stand up for rules-dodging over any push for administrative reform.It is what has happened. Now everyone at the top of Indian football is happy to see Indian football left whimpering before FIFA in the eyes of the world. Patel is a part of the FIFA Council regardless of having over-served his third term.

What the AIFFs old grandees seek is what all Indian sports administrator grandees seek: uninterrupted power with zero responsibility or accountability. If only the COA were dismantled, if only the court would turn away, if only the AIFF didn’t have to put in place a new constitution with age and tenure limits on office-bearers and include footballers in decision-making bodies.

In a curious twist, FIFA’s letter informing the AIFF of its ban states that the Bureau of the FIFA Council (made up of the FIFA boss Gianni Infantino and seven continental heads) “decided on August 14 to suspend the AIFF with immediate effect due to flagrant violations of the FIFA Statutes.” Which is all very knee-tremble-generating-stern. But it is understood that on August 15, the sports ministry had a three-hour meeting with the COA, in which they informed the COA that FIFA had assured them that they were still looking into the matter. The chronology is not adding up. Plus another pieces of gossip emerging is that the Sports Ministry transferred out its sports secretary from these complicated negotiations. Strangely one of the points of difference between the FIFA rep and the Indian government/ COA (assuming they’re on the same side) was about the inclusion of players in decision-making. Surely it’s not the Platini effect still playing itself out?

There appeared to be a volte-face at the ministry level. Earlier the additional solicitor general & the MYAS joint secretary had pushed for a minimum number of 25% footballers with voting rights in the General Body. Following the replacements of both the ASG & the joint secretary, however, players now don’t seem to be any part of the equation anymore.

While these are the back and forths of high-office, let’s understand the direct result of the suspension. Indian women’s club champions, Gokulam Kerala FC reached Uzbekistan to compete in the AFC Women’s Club Championship, their first match scheduled for August 23. Twitter was first abuzz that the team was flying home, but it was later discovered that they had remained in Tashkent waiting to find out what to do next. ATK Mohun Bagan’s Sept 7 AFC Interzonal semi-final in Kolkata stands suspended.

When presented with a choice between keeping a sporting calendar moving or striking a blow to ensure their governance can remain muddy and opaque, what would Indian sports officials – in this case, Indian football’s grand poobahs – choose? The answer merits neither guesses nor prizes.