While the BJP has won two national elections on its own strength, it is the fragmentation of the opposition that enabled it to convert a minority of votes into a majority of seats. This is an old, established mechanism in Indian politics by which the fragmentation of the party system and the distribution of votes between parties determine the degree of disproportionality induced by the First-Past-the-Post electoral system. 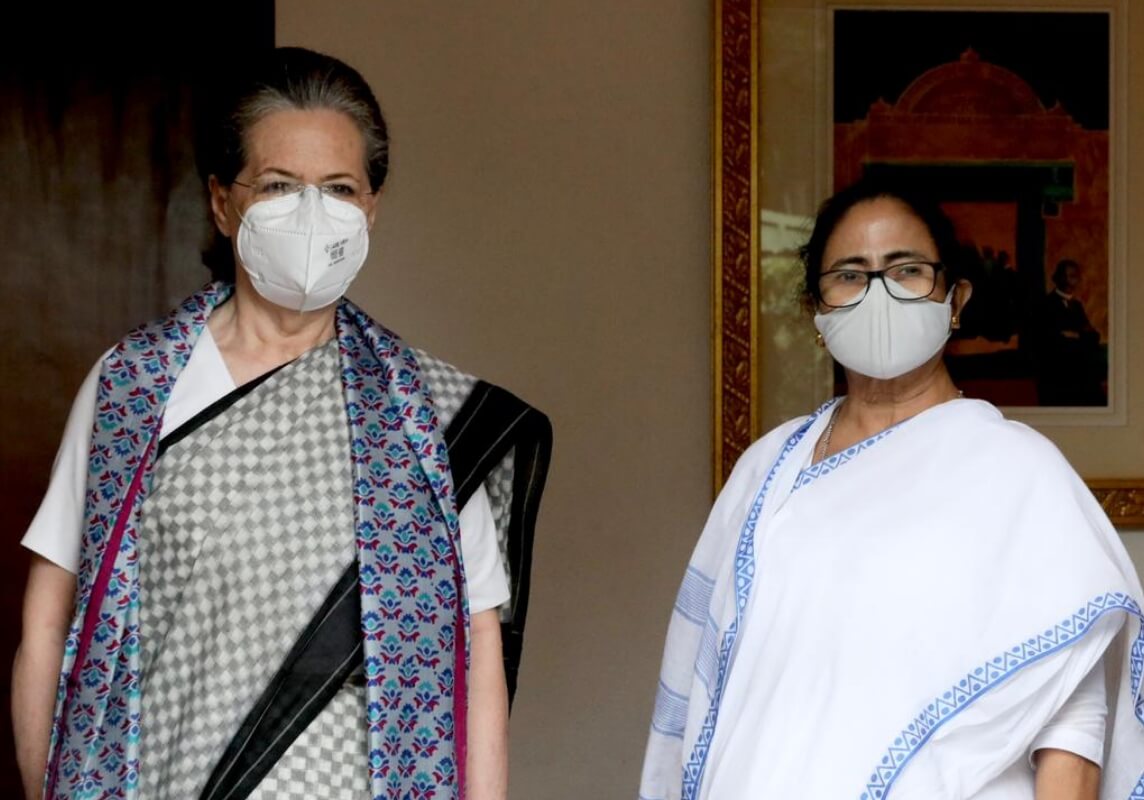 In the face of this known fact, it should be obvious to opposition parties that reducing fragmentation can only be achieved through opposition consolidation.

And yet, instead of working towards this objective, the opposition space remains as divided as ever. The Congress and regional parties contest separately in Uttar Pradesh, against reason. The Trinamool co-opts Congress defectors, including a former Chief minister, to run in the Goa state election, objectively helping the BJP retain power in that state. A few meetings of opposition parties took place during the last Parliament session but failed to produce any significant outcome.

Why aren’t opposition parties working more together? A first simple answer is that few find it to be in their immediate and regional interest to do so. To make sense of this statement, political geography can give us clues.

To begin with, there are ten states (fifteen if one includes small states and Union Territories such as Arunachal Pradesh, Goa, Chandigarh, Dadra and Nagar Haveli and Daman and Diu) in which the BJP and the Congress face each other, without third-party competition.

Barring Karnataka and Jharkhand, where there are regional parties supporting the Congress, there is no significant presence of other state-based parties who could lend it support in a national election. In 2019, the BJP won 90% of all seats in these states and territories, compared to 84% in 2014.

This means that regional partners in a national coalition have little to offer to the Congress in the states where it faces the BJP on its own. Those outside the BJP who wish to write off the Congress Party need to think about what they would replace it with in these bipolar states. 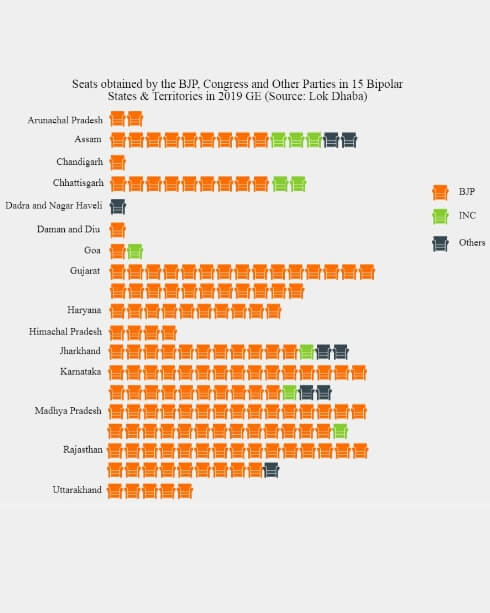 In other states, where regional parties are challenging (or being challenged by) the BJP, the Congress could arguably contribute to an opposition alliance.

It already does so in state-level alliances in Tamil Nadu and Bihar and could do it as well in a national election in West Bengal, Uttar Pradesh, Telangana, or across the North-East – the few states in which it has not disappeared as yet. In Kerala and Maharashtra, the Congress is already part of large party alliances.

However, several regional parties are reluctant to engage in a partnership with the Congress, as they fear that tying up with a party in decline may drag their overall performance down.

This ‘drag-down effect’, however, is more pronounced in state elections than in national ones, in which the Congress performs comparatively better. 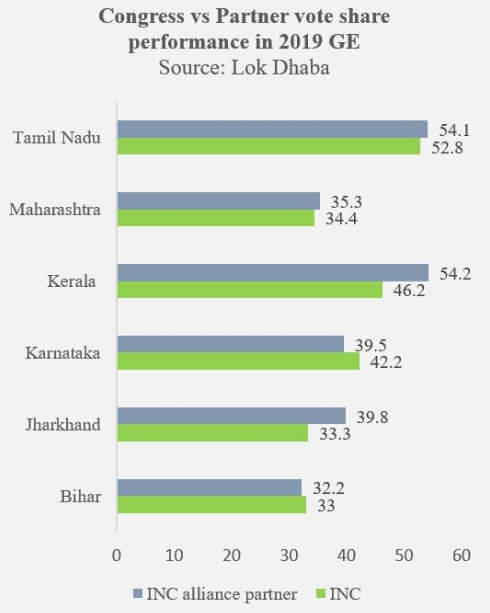 It would therefore be in regional parties’ interest to include the Congress in whatever plans they draw up for the 2024 election, keeping in mind that the success of these alliances also depends on the Congress’ acceptance of playing the role of junior partner – a status imposed by facts that it still refuses to endorse or even acknowledge. But as long as regional parties see the Congress as a liability on their own turf, they are not likely to engage in national negotiations.

A third option lies in resurrecting the third front, an alliance of regional parties that exclude both the Congress and the BJP. This idea worked, electorally speaking, when both the Congress and the BJP were in a weak position. Regional parties have a strong presence in roughly 20 states and territories, which amount to 370 seats in the Lok Sabha.

In 2019, the BJP won 147 of those seats (principally in Uttar Pradesh, Bihar and Maharashtra), against 180 for regional and other parties, and 43 for the Congress (principally in Kerala, Punjab and Tamil Nadu). Even if regional parties improved their performance in those states – which would require the BJP to be defeated at least in Uttar Pradesh – it still would not add up to a number sufficient to get close to a majority.

The conundrum for opposition consolidation is that collective interest cannot be achieved by simply making a sum of parties’ regional interests. Choices will have to be made. Regional parties will need to put some of their regional interests aside to prioritize a collective national interest. Whether they like it or not, their numbers will not add up without the support of the Congress.

The Congress also needs to sacrifice some of its own ambitions in states dominated by regional parties and concentrate its resources in states where it must confront the BJP on its own.

We are now near the half-way mark of the BJP’s second national mandate; some will say that this leaves plenty of time for the opposition to come together. This is forgetting that building opposition unity does not merely consist of signing seat-sharing agreements a few months ahead of an election. It requires coordination and agreement on ideas, strategy, issues.

It requires personal chemistry between party leaders and ground-level party organization coordination, wherever it is needed. It also requires opposition parties to act accordingly between elections, beyond reacting to the latest scandal or sensational story dominating the news cycle. Time is running short for stringing all this together.

The author is an Assistant Professor of Political Science and Co-Director of the Trivedi Centre for Political Data. Views are personal.

Mohammed Shami And The Silence Of “New India”
Commercial Surrogacy Ban: Are We Moving Towards a Regressive or Progressive India?