Why Wimbledon is Wrong to Ban Russians

When Wimbledon announced with ‘deep regret’ to ‘decline entries’ of Russian and Belarussian players from its 2022 edition, its reasoning sounded as if had been written by a bureaucrat in Whitehall rather than someone with tennis on the mind. Yet, also managing to contain the undeniable stamp of Wimbledon’s own inflated sense of self. 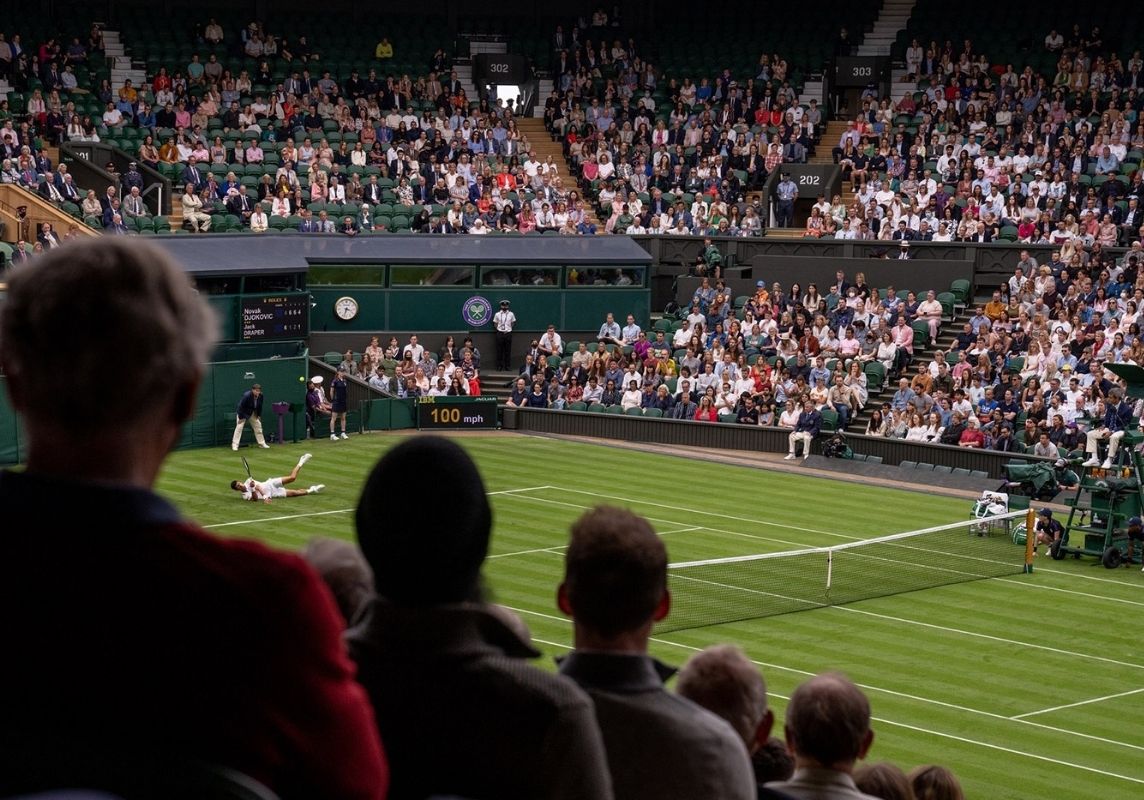 These are their words: “Given the profile of The Championships in the United Kingdom and around the world, it is our responsibility to play our part in the widespread efforts of Government, industry, sporting and creative institutions to limit Russia’s global influence through the strongest means possible.”

Even if your eyes have missed the precious ‘given the profile of….’ the next few words – ‘it is our responsibility to play our part in the widespread efforts of government, etc.” could have been a dictation handed out to a tennis person, if not quite at gunpoint, then at least with the tightening of a starched collar. Before we move onto Wimbledon’s taking on responsibility in the ‘widespread efforts of government, industry, sporting and creative institutions,’ a step back.

If we began holding individual athletes responsible for the actions of their governments or potentates, international sports could grind to a halt. Never mind the state’s internal suppression of their own citizen’s rights – a separate topic of discussion – you could argue that athletes from countries who have spent the past decade bombing others for spurious reasons should not be allowed entries into world events either.

For the same reasons as cited by Wimbledon, “not allowing the sport to be used to promote the ­­­______ (FILL IN YOUR CHOICE) regime.” When the Boston Marathon banned Russian and Belarusian athletes from competing, New York Times columnist Bret Stephens wrote, “If we’re going to ban Russian artists and athletes for the invasion of Ukraine, why not their Chinese counterparts for Beijing’s depredations in Xinjiang? Why shouldn’t other countries do the same thing to American musicians and athletes the next time an American president deploys forces to someplace where they hadn’t been invited?” Indeed.

Not only are Russians and Belarusians banned from competing at Wimbledon, the quasi-sarkari diktat extends across all British grass court events held in the run-up to Wimbledon for both seniors and juniors. The men and women have three such events each, junior boys and girls two each. Wimbledon got the biggest headlines and faced heavy criticism from the men’s and women’s tours, while the Lawn Tennis Association, the ruling body of British tennis, got off quietly for shutting the doors on Russian and Belarusian players. It was like Wimbledon and the LTA had fallen into a quick step with the loudest rhetoric generated by their government.

Particularly British sports minister Nigel Huddlestone who said, “Absolutely nobody is flying the flag for Russia should be allowed or enabled… We need some potential assurance that they are not supporters of Putin, and we are considering what requirements we may need to try and get some assurances along those lines.” Before Bertie Wooster could say, ‘Oh, my sainted aunt, Nigel, just listen to yourself,’ Wimbledon and LTA slipped into righteous brothers mode.

In the world rankings, Russia has four men and four women in the top 50. Belarus has one man in the top 100 and three women in the top 50, including Wimbledon 2021 semi-finalist Aryna Sabalenka. In the latest ITF juniors rankings, Russia has one boy and six girls in the top 50 who could have been direct entries into the Wimbledon juniors draw. Among these gifted young people, already the older pros are playing without their country’ flags or nationalities mentioned next to their names, nor are their anthems played anywhere. Russian football teams are banned en masse from any part in European competition. You would think that is censure enough, every day, everywhere for athletes far removed from the chain of command around the Ukraine war.

After the Wimbledon decision, Ukraine’s leading tennis pro Elena Svitolina stepped in, saying that Russians who condemn Putin and the war should be ‘allowed’ to play. On Thursday, she told BBC Five Live, “We don’t want them banned completely… If players don’t speak out against the Russian government, then it is the right thing to ban them.” The understandably distraught Ukrainian athletes, she said, “just want them to speak up if they are with us and the rest of the world or the Russian government… If they didn’t choose, didn’t vote for this government, then it’s fair they should be allowed to play and compete.”

This argument, dangerous by itself, cannot be countered by saying sport and politics should not mix because they undeniably do. Sport is used by politics to its own end, and sport too takes full advantage of politicking. What Svitolina wants the sport to do is adopt a position of exclusion. Who decides which athlete must speak out about which conflict?

A day after Russia attacked Ukraine, world no. 8 Andriy Rublev wrote the words “No war, please” on a television camera after his match at an event in Dubai. “I wasn’t even thinking about… where it will go, I just wrote what I feel in that moment.” In Putin’s Russia, protesting against the war has led to thousands of detentions, including one of a woman holding up a sign that said, “Dva Slova” (“Two Words” in Russian) and a minute later of a pro-war supporter saying, “I’m comfortable with the fact that….” Rublev’s writing “no war please” on camera – in English, what’s more – would be an arrestable offence in the eyes of the Russian regime, particularly now that 23.8m people have seen the clip.

This is not scaremongering; it is reality, particularly in countries where the sport is a national and nationalist project. In 2020, Belarus arrested and detained dozens of athletes for signing a letter calling for crackdowns against anti-government demonstrators to be stopped. These included, among others, Olympic champions and WNBA star Yelena Leuchanka. Australian tennis pro Jon Milman saw Wimbledon’s decision for what it was, on his Twitter account, “Money means everything there if you’re going to ban athletes then also give all your profits in aid. Then we’d know you’re being serious.”

Tennis knows an ace down the line when it sees one.

Rahul Returns: What Could Be Dravid’s Stamp in the Dressing Room
Inside Sudarshan: The Channel That Passes Bigotry As News