How the Women Tore up Wimbledon Scripts and Busted Tennis Clichés

This is being written hours before the men’s final but we can safely conclude that Wimbledon2022 has been quite a narrative-buster. 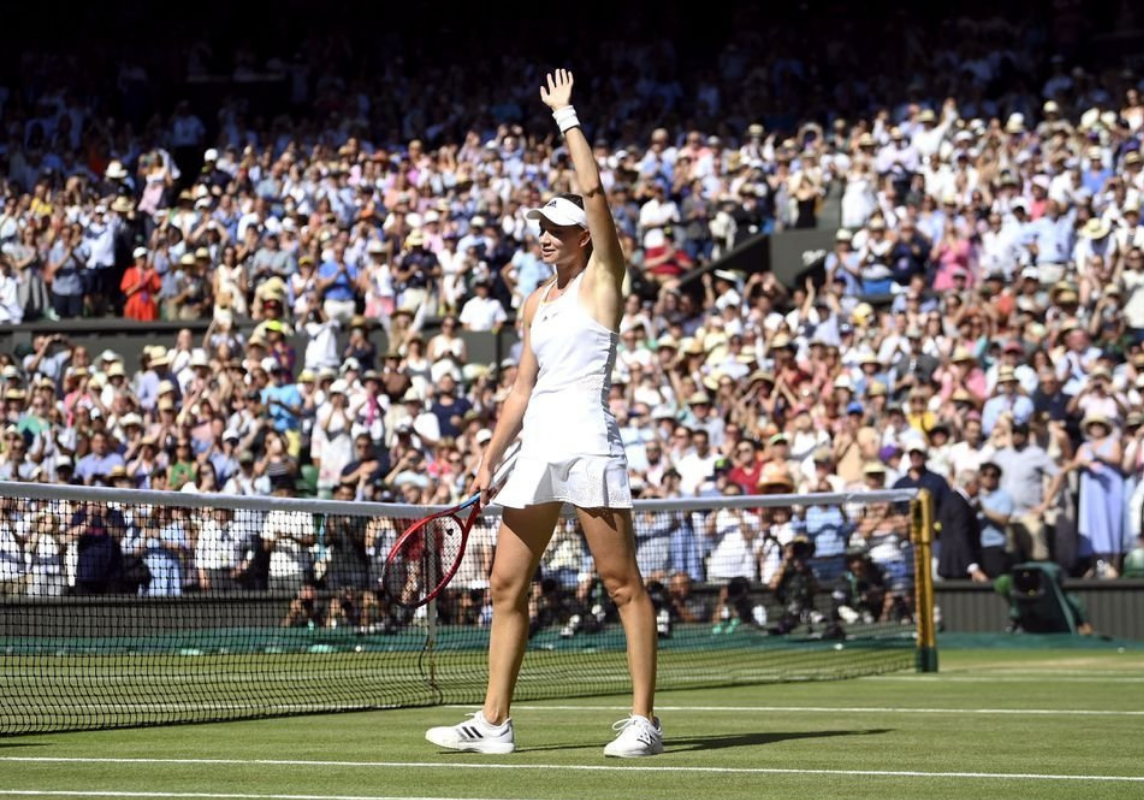 Women’s champion Elena Rybakina seeded No. 23, tore through not just the draw, but what would have been the Wimbledon establishment script as well. Following the war on Ukraine, Wimbledon and the rest of British tennis banned Russian and Belarussian players, seniors and juniors, from competing in their events this year as one of the tools limiting “Russia’s global influence through the strongest means possible.”

Rybakina could be at Wimbledon because of her new, four-year-old Kazakh nationality after the Kazakh Tennis Federation offered to support and promote her career in exchange for representing their country. Rybakina’s roots remain deeply Russian and the only time she turned teary after her win was in the post-match briefing when she was asked about her parents. She couldn’t have them in her family box on Saturday because of course they are Russian and their country’s influence needs limiting.

My pal and Times of India tennis editor Prajwal Hegde is at Wimbledon and tells me that as Rybakina progressed through the second week she faced question after question from the international media about her identity and nationality. “Do you feel Kazakh or Russian, or how do you feel?” “Do you wish peace in Ukraine”? There were questions about whether she was getting messages from the Russians, whether they had contacted her. She handled the unending barrage with composure and replied, “I know my answer is not something you are going to like but I really wish the Russian players were here.” Her name was usually prefixed with the words “Russian-born” or “Moscow-born.” Nobody, she was to remind the middle-aged reporters around her, chooses where they are born.

Rybakina’s opponent in the final, world No. 2 Ons Jabeur of Tunisia had an inspirational run as the first Arab and the first African woman in a Grand Slam final – she too was to generate her own script-shredder. Jabeur’s semi-final against her German friend, Tatjana Maria was an athletic tableau for the ages – ferocity, power, strength, skill, dexterity, and magic shot through with a gossamer of grace.

At the end of the Jabeur-Maria semi-final, the winner drew the loser back onto the court and urged the crowd salute her. In that instant, the paraphernalia around elite sport fell away. All that remained was the core of the contest and the generosity of the competitors who had shared it with each other before they did with the world.

Prajwal, who has travelled the tennis tour more than any other Indian journalist said, “On one side you have Ons and Tatjana and on the other, you have Kyrgios and Tsitsipas, and then you have the world saying the male players can be friends and women can’t.” The cliches abound: how men can compete hard on the court and then hang out for a beer with their rivals but the women can’t. About how the women having fewer friends on tour than the men. Cat-fighting yadda yadda yadda.

Prajwal says, “The Ons-Tatjana match just trashed all the stereotyping because it is not what it is.” Jabar, called the Minister of Happiness in Tunisia, is considered the happiest person in the locker room. “I don’t know one person who says a bad thing about her, I don’t think there is anyone else like that on tour.” That’s both tours – WTA and ATP, women and men.

In a sport which has been through history regulated, run and dominated by men, it is easy to churn out and control the narrative. The Rafa-Roger bromance is hailed with dewy-eyed celebration while the friendship between Serena Williams-Caroline Wozniacki friendship got termed “unlikely.” The female experience as a tennis pro is not just a replica of the male experience, only in skirts. Prajwal reminds us when a young woman hits the tour, “she always has somebody with her and inevitably that is all she is exposed to.”

Last June, the men’s and women’s tours released a joint statement on the possibility of a future merger. A Bloomberg report said that the ATP generates three times the revenue than the WTA with the natural assumption that any post-merger commercial benefit would help the women more than the men. When talking to CNN about the possibility of a merger, former Wimbledon and US Open champ Andy Murray said he had talked to male players being willing to make less money just as long as they didn’t have to be on par with women players. “That’s the mentalities you are working with… there will be challenges.”

Whatever the financial implications of the merger, at the moment, what the Fortnight has left us with is a stirring awareness of the variety, range and diversity of the women’s game. And the fact that the one factor where the women can easily school the men would be around image management. Plain manners, if you like.

In the men’s game, flexed with the muscle of money and marketability, Gen Next remains unsuccessful in its attempt to knock the trio of ageing gods off their perch, with a 6ft4in GenNexter complaining he was bullied on the court. The Wimbledon men’s final was played by a gifted, foul-mouthed boor accused of bullying the 6ft4in fellow before which he had spat at a spectator. Standing between him and the title was one of the ageing gods who is an odds-on favourite to win. Tut, tut.