2021: The Year That Destroyed But Also Built India

2021 was supposed to be the year India bounced back. The year before had seen the country’s economy crash and its borders intruded, but the new year had brought forth new hope. India was recovering and Prime Minister Modi in January 2021 claimed the country had won its battle against Covid-19. Those words came undone as the country saw an unprecedented crisis. India was pushed to its knees. 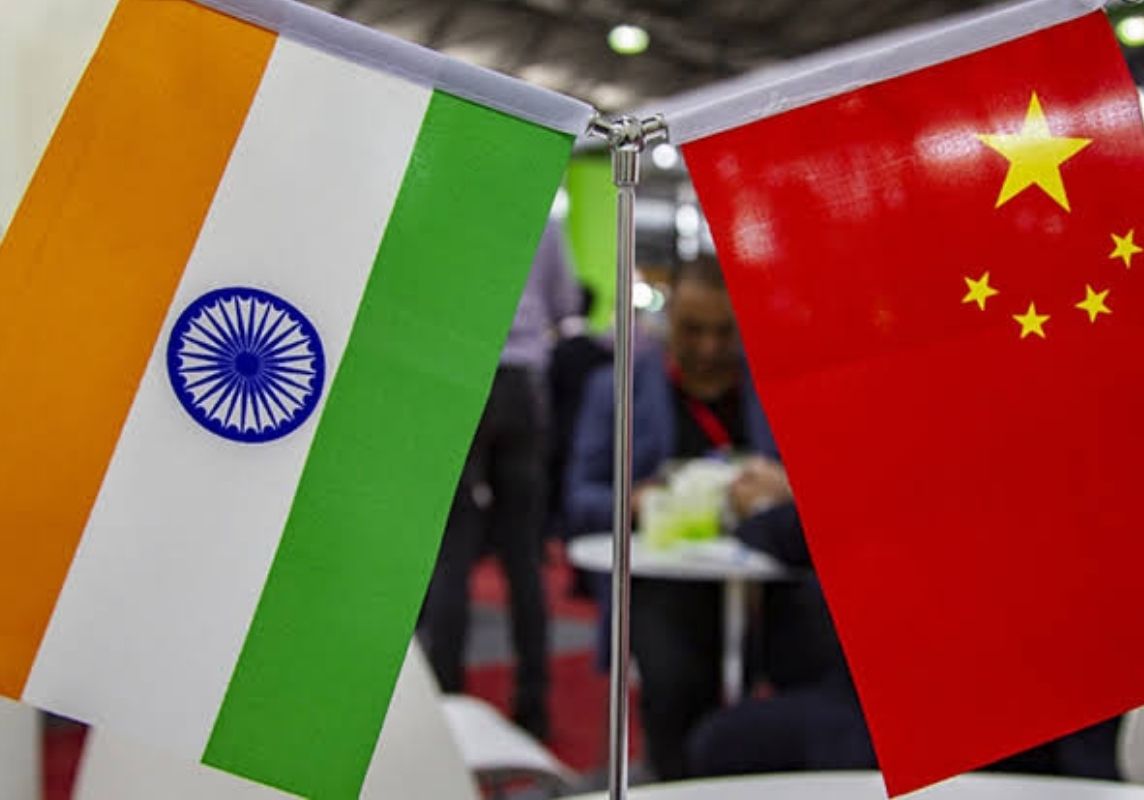 But, it got back up and gathered pace. Come the Tokyo 2020 Olympics, occurring a year later than scheduled, brought joy to the people. Medals came in record numbers and foundations for future superstars were laid.

Here are ten important events from 2021 which helped define the year:

China had started to assert itself in the Galwan Valley during 2020, but in 2021, it began to force its way into India’s other frontier. Images released by The Pentagon (US Department of Defense) of villages established by the Chinese inside the Indian border state of Arunachal Pradesh took social media by storm. While the Indian government denied any such reports, it refused to hold any discussions in the parliament during the session citing national security.

In Galwan, China and India have met for several rounds of talk but to no avail. The Indian government has said that the only option is ‘complete disengagement and immediate restoration of the status quo.’ The Chinese, on the other hand, have seemingly continued to ignore India’s demands.

22-year-old Climate change activist Disha Ravi found herself in the eyes of government fire and was arrested in an alleged toolkit case charging her for conspiracy and sedition. After being held in judicial custody, a Delhi Court granted her bail saying that the evidence against her was ‘sketchy’ and asserting that citizens could not be jailed for disagreeing with the government.

Ravi was arrested from Bengaluru after the police claimed that she along with two others wanted to create unrest as part of a global conspiracy. This is the same police force that registered a FIR against 19-year-old Swedish climate change activist Greta Thunberg on sedition charges.

2021 was a sombre year for India as Covid-19 ripped through the country leading to over 400,000 official deaths and uncountable number of unofficial deaths. Funeral pyres were burning day and night – each funeral a story of an irreplaceable personal loss and national shame.

Lack of beds and oxygen meant so many could never receive treatment and Covid-19 laid bare the real scale of financial and social inequality in the country. The Prime Minister remained silent on the massacre but boasted of the crowd that had come to listen to him at rallies in West Bengal.

As 2021 rolled around, the Modi-led BJP started making their way into West Bengal hoping to decimate Mamta Banerjee’s fortress. The entire machinery – from the Prime Minister to the Home Minister to the BJP’s National President – everyone was in the history-laden state. 15 years on, there were doubts over Mamta Banerjee who faced anti-incumbency but come 2 May, 2021, it was ‘Didi’ who emerged victorious.

She had not only retained Bengal, but done so with aplomb winning more seats in 2021 than she had in 2016. It was a sign of things to come for the Mamta-led All India Trinamool Congress (AITMC) who are looking to expand their base into the Northeast and Goa in 2022.

In mid-2021, TheWire shocked the country when it revealed that the Pegasus spyware was used by the Indian government to spy on prominent persons – from the leaders of the opposition to journalists to Supreme Court judges.

Developed by the NSO Group, an Israeli technology and cyber-arms firm, the software can be secretly deployed on anyone’s device and accounted for a significant breach of privacy. The Supreme Court called the GoI into action who reasoned that revealing whether they used Pegasus or not would concern national security. The Supreme Court, unsatisfied by the government, ordered an independent probe. The committee has called all those who suspect of being under spied by Pegasus to report to it by January 7.

2021 will be remembered as a year where Petrol prices reached new heights – costing over INR 100 in most states across the country. Diesel was staying as well, with its own prices in the 90s. The ruling government added to the plight of a bad economy and joblessness by increasing prices on not only fuel, but also food items.

And the BJP suffered huge consequential losses as a result in the by-polls forcing it to backtrack. The government announced that petrol prices would be cut by INR 5 and diesel by INR 10. While the BJP did its best to make it sound like a gift, opposition parties were quick to point out that it wasn’t enough.

The Tokyo Paralympics were similarly another ground-breaking event for India where it won 19 medals. Bhavina Patel won a silver in Table Tennis – India’s first ever, while Pramod Bhagat became India’s first-ever champion in Badminton.

India’s loss-making aircraft carrier was finally bought by Tata Sons Pvt., its original owners back when it was founded in 1932, for INR 18,000 crores. This ended years-long attempts to privatize the airline. Experts say this move will also help keep the airline afloat. This is the third airline brand added to Tata’s list after Vistara and AirAsia giving it access to lucrative landing spots across the globe. The company will also have to retain all of the current employees for at least a year.

The second wave pushed India’s vaccination capacity to the brink with so many registrations but very few vaccinations. The government had miscalculated and was focused on improving its image globally, exporting countless numbers of doses which could have helped in curbing the trouble brewing at home during the second wave.

By peak summer, production was ramped up massively and so did the vaccination drive. India became the second nation after China to administer 100 crore doses in October with the goal of fully vaccinating all of its adult population by the end of 2021.

In 2022, India looks to the next stage in the vaccination drive as it looks to inoculate the under-18 population and provide a booster to the vulnerable before opening it up for the rest.

After 21 years, the Miss Universe title returned to India as 21-year-old Harnaaz Kaur Sandhu beat out contestants from 80 other countries for the crown. Becoming only the third Indian to win the title after Sushmita Sen and Lara Dutta, Sandhu made India proud on the global stage with her succinct and thought-provoking answers.

In the final round, upon being asked what advice she would give to young women on ways to deal with pressure, Sandhu replied, “The biggest pressure the youth of today is facing is to believe in themselves, to know that you are unique and that’s what makes you beautiful. Stop comparing yourselves with others and let’s talk about more important things that’s happening worldwide. This is what you need to understand. Come out, speak for yourselves because you are the leader of your life, you are the voice of your own. I believed in myself and that’s why I am standing here today.”

‘Why Should Sexuality Be a Bar to Practice Patriotism,’ says Filmmaker Onir
10 Important Moments From The Farmers Protest