We all have preconceived notions about what it means to be a woman. These notions mainly stem from societal expectations, gender norms and the ‘phallocentric’ structure of our language.

The books on this list explore the inevitability of a woman’s clash with the patriarchal structure of society and its stringent standards. Underneath the desire to free women from a long history of oppression, these books provide a very wholesome understanding of what it means to be a feminist, forcing you to think, reflect, question, and unlearn everything you have internalized while growing up. 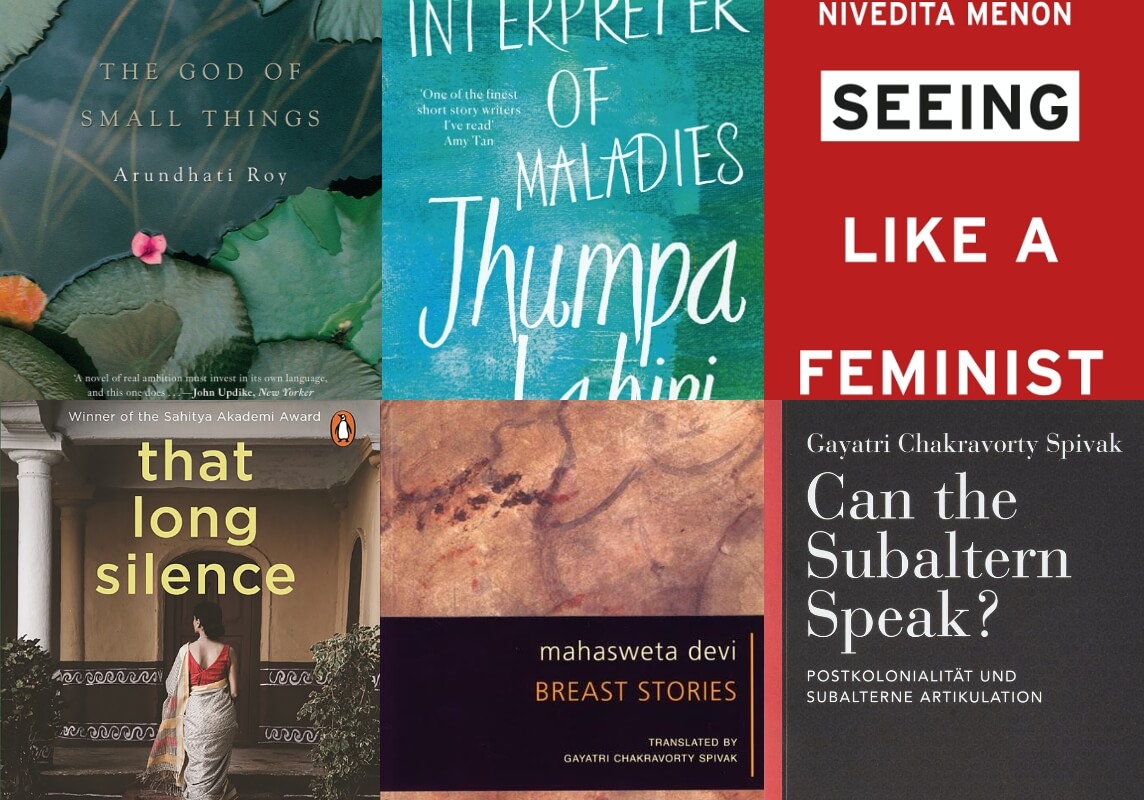 That Long Silence by Shashi Deshpande

Shashi Deshpande’s Sahitya Akademi Award-winning novel ‘That Long Silence’ (1989) explores not only the conditioning of a married woman but also her resistance to both patriarchal society and her inner world.

Through her protagonist Jaya, Deshpande presents how Indian women are in an ambience of orthodoxies and irrational customs that no longer allow them to develop their own individuality.

The novel concludes with a notable resurgence of faith in oneself that gives hope and frees women of a mental wall inside of which they are trapped.

Can the Subaltern Speak? by Gayatri Chakravorty Spivak

Gayatri Spivak’s work is centred on the concept of agency, or the ability of individuals to make their own judgments. In the book, ‘Can the Subaltern Speak?’ Spivak contends that a woman is a disenfranchised member of society who is unable to speak. In a figurative sense, a woman may speak, but her words will never be appreciated when establishing any discourse.

The book questions the way Western cultures explore foreign cultures. Spivak examines this dynamic through the lens of the Indian Sati tradition of widow suicide. Spivak also takes a stand against a type of oppression and marginalisation that is especially intellectual in nature and is situated within contemporary challenges.

Nivedita Menon’s ‘Seeing Like a Feminist’ (2012) explores problems ranging from caste politics to control over women’s clothes. It does not look at it from a linear perspective but rather as a gradual evolution of our social and political system.

Menon proposes a fresh approach (using examples from many social realities) to examine the constructed system that attempts to box women in and limit their expansion.

The book will educate you on the breadth and inclusivity of feminism, and the humanitarian writing style will cause you to see the world through the lens of a feminist.

Breast stories is a collection of three stories Draupadi, Behind the Bodice, and Breast Giver. The breast, which is considered a symbol of purity and motherhood, is actually a symbol of the exploitation of women from marginalized communities.

The book examines body politics, women’s labour, and exploitation through the portrayal of characters who face sexual harassment and discrimination as a result of a male-dominated society.

My Story by Kamala Das

The flamboyant Kamala Das, a Nobel laureate and prominent writer of prose and poetry in Malayalam and English, wrote her autobiography in 1973. She offers her readers vital insight into many critical themes that continue to be central to the lives of women everywhere today by speaking eloquently and truthfully of her hardships and joys.

The God of Small Things by Arundhati Roy

Roy’s debut and the Booker Prize-winning novel, ‘The God of Small Things’, transcends the conventional understanding of feminism. Through the generations of female characters such as Ammu, Mammachi, Baby Kochamma and Rahel, the story depicts the struggle of a woman in search of identity, place, respect and, most importantly, a life free of shackles and restraints in a male-dominated society.

There are other factors, such as caste, race, gender, and so on, that cause a person to be doubly marginalized, and reading the book from a multi-dimensional lens will help you comprehend intersectional feminism.

Amrita Pritam challenged gender roles when it was unheard of and her writings are a liberating revelation in themselves. Women were the worst victims of partition because of the patriarchal nature of society.

They faced male dominance, humiliation, exploitation even after partition. ‘Pinjar’ delves at a variety of gender-related topics, from gender-based discrimination to considering a woman’s virginity as a sign of the family’s honour.

Pinjar is set during the partition period but is still relevant now since the idea of linking a woman’s virginity with a man’s honour survives even today when a rape victim is blamed for “being raped” and is considered a social outcast.

The Interpreter of Maladies by Jhumpa Lahiri

“The cosmetics that had seemed superfluous were necessary now, not to improve her but to define her somehow.”

‘Interpreter of Maladies’ (1999) is a collection of nine short stories that won the Pulitzer Prize in 2000. There is a battle to come to terms with one’s own identities in Lahiri’s writing, yet her female characters handle their new, fragile identities through their own distinct ways and voices.

She beautifully writes about human experiences blurring the lines between fiction and reality with the help of her characters.

Lihaaf (The Quilt) by Ismat Chugtai

Ismat Chugtai is a progressive feminist author who highlighted themes such as women’s sexuality, which were considered taboo at the time and were constantly a source of contention. She wrote for the women whose voices had been silenced, portraying their wants and desires.

Chugtai addressed the homoerotic issue in Lihaaf, where her protagonist Begum Jan, although adhering to patriarchal conventions, takes ownership of her life and navigates her way through the patriarchal framework to express and gratify her sexual desires.

It is still important in contemporary India, which is caught between the fundamental and traditional notions of identity established by society.

The Palace of Illusions by Chitra Banerjee Divakaruni

In a male-dominated literary canon, the roles and authority of women’s work were rarely credited and seldom studied. ‘The Palace of Illusions’ transports you to the world of the Indian epic Mahabharata from a female point of view.

While the original masculine tale makes Panchali a minor character dependent on her father, then on her husband, Divakaruni, in her modernised retelling, places her at the centre of her story.

By making Panchali the protagonist, Divakaruni allows Panchali to express her own ideas and truth about her own life, allowing her to emerge as a compelling figure. It challenges the authority of power exercised on women through masculine literature.

We the Women: The Global Townhall 2022 Is Here!
Understanding the 16 Days of Activism Against Gender-Based Violence