Destigmatizing Periods in the Blood(y) Times

Do you remember the first time you stained your skirt, how you felt, and, most importantly, how the people around you reacted? Well, I remember having a look of terror and feeling a whirlwind of emotions, including embarrassment from my classmates, shame from my teachers, and disgust and anger at myself for being a woman. 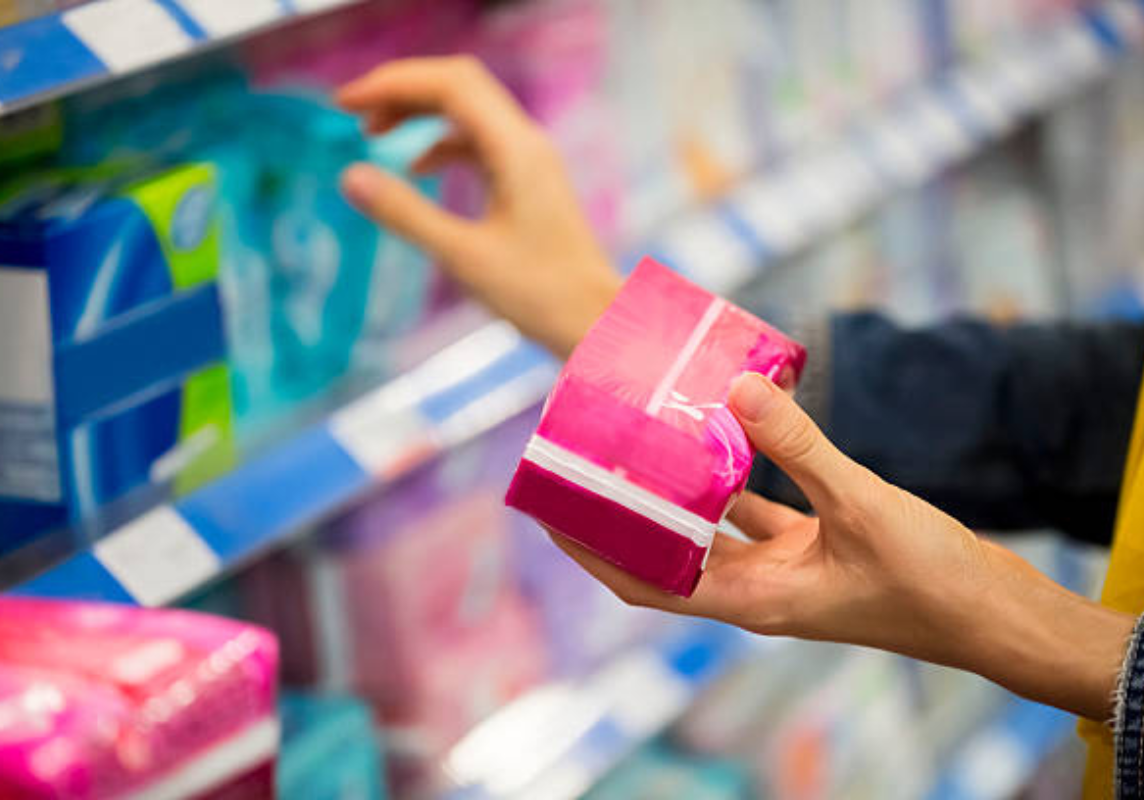 Menstruation, which is a natural biological process, is still shrouded in secrecy in our society. Barriers, stigmas, and norms associated with menstruation reinforce discriminatory practices and gender inequalities at home, schools and workplaces. The period has had a long history of being stubbornly stigmatized in the name of religious and social practices. This stigma led to menstruators’ exclusion from key social activities ranging from considering period impure and keeping menstruating women out of the kitchen at home to restricting them in public spaces at the Sabarimala temple in Kerala.

The right to sanitary products and dignified menstruation is fundamental to equality. Scotland made history when it became the first country in the world to make period products available to everyone. Because sanitary products were not accessible to everyone, those who couldn’t afford them were financially burdened, leading to period poverty. The Period Products Act now requires local governments and educational institutions to make free items available to those in need.

However, in other developing countries, including India, the experience of menstruating is still treated with shame and disgust, which mainly stems from a lack of education about menstruation and reproductive health in schools and at home. Many girls even drop out of school or are forced to stay at home because they can’t access sanitary products — a 2016 report on sanitation facilities for women across India reveals that around 63 million adolescent girls live in homes without toilet facilities, and 23% of girls drop out of school when they start menstruating.

Shivani Swamy, program manager at GiveHer5,  a social initiative aimed at eradicating period poverty in India, said that even though the term ‘period poverty’ is becoming mainstream in media, it is still something relatively unknown or under advertisement or spoken about in urban settings.

She stated that they have seen pushback and challenges on the ground, particularly with menopausal women or older women who have years of conditioning and are not used to the change. As a result, they target young people aged 11 or 12 or at school so that they are taught the right thing and informed about menstrual hygiene from the beginning by breaking down the taboo and superstitions like not touching pickles or entering temples during periods. 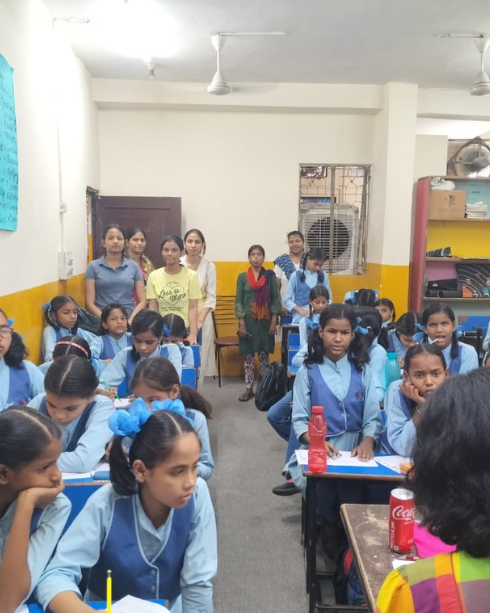 Menstruating Stories We All Experience

“Please check my skirt from the back as I walk forward.“

Mrinalini, 26, shared her experience, which all menstruators can relate to. She said she has been scared her entire school life about staining her school uniform, “During my periods, my mom used to worriedly wait for me outside our house when I got home from school, thinking I had embarrassed myself again today.”

Growing up, she always had this notion that period was something to be ashamed of.  She would usually skip school during her periods out of fear of being embarrassed and mocked by her classmates. Her lack of awareness, she believes, contributed to her feelings of fear and anxiety.

“Make sure to hide it from your brother and father.”

Aastha, 30, said that there was no conversation about periods at home in front of the male members of the family, “When I said the word “pad” in front of my brother, my mother looked at me as if I had almost committed the crime. At that point, I realized how deeply rooted the subject is in the patriarchal structure of society.”

“Wrap it in a black carry bag.”

“My periods and womanhood were celebrated”

My periods came very late, and I was really bummed out because all of my friends had already gotten it. But when it came, my family celebrated them as I was now an adult, and it was a sign of my maturation as a woman.

The padman is known for pioneering the manufacturing of low-cost sanitary napkins in India and also launching a menstrual hygiene movement in the rural areas where it was the need of the hour. The idea of making sanitary napkins first struck him a decade ago when he once saw his wife trying to steal a piece of dirty cloth into the bathroom during menstruation.

According to the National Family Health Survey 2015-2016, out of the 336 million menstruating women in India, about 121 million (roughly 36%) women use sanitary napkins, locally or commercially produced.

Poor menstrual hygiene and care are the fifth leading causes of death in women. It has resulted in the deaths of 8 lakh women worldwide. According to statistics, 80% of women in India cannot afford safe sanitary products, and 88% of these women resort to harmful products like newspapers, ash, husk, and sand. These can lead to harmful urinary and reproductive tract infections and long-term health complications. 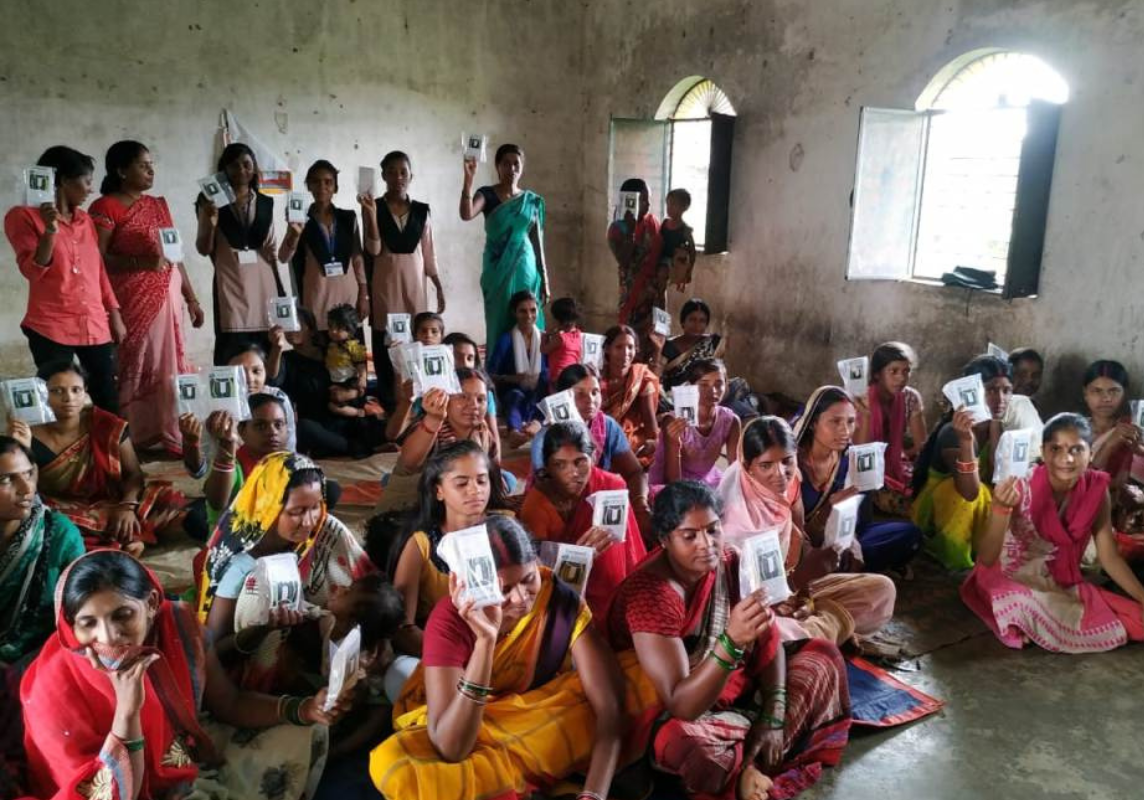 To eradicate period poverty in India, Giveher5, which uses a network of NGO partners to reach the remotest of areas and continuously strives to give girls “5 of those days” back, partnered with a company called Livinguard which has developed the reusable, washable antibacterial period panties called Saafkins for women that would otherwise resort to unhygienic and harmful alternatives. “In rural areas, the big challenge was acceptability and the kind of convenience factor of the product, but these were addressed with Saafkins. We form relationships with the community that the product can be used for 1 year, are sustainable and easily adapted so they can experience it and reach out to us again.”

Sometimes people are open about their requirements, but their experiences influence how much they are willing to discuss – though it is also heavily dependent on the NGO and the mode of operation.

In 2018, India repealed a 12% tax on sanitary products as it was making the product even more unaffordable in a country where people already lack access. Campaigners argued that menstrual hygiene products were not a luxury and that period was not something a woman could opt out of.

The Menstrual Benefit Bill, 2017 was also introduced by Shri Ninong Ering, Member of Parliament, as a private member’s bill before the Lok Sabha with a motive to facilitate women with certain menstrual benefits at workplaces or in institutions of education. However, the act of granting period leave to women and transgender women has raised a debate amongst the various organizations within the country. Some welcome the step as a much-needed reform, while others imagine that this would project women in a weaker light and lead to further gender discrimination.

While these initiatives are a step forward in empowering women about menstruation, there is still a long way to go before menstrual health and hygiene are a reality for every woman in the country.

Coming On Their Own: Shefali Shah & Vidya Balan On Battling Ageism and Sexism