There are a great many incidents, situations and deep-set societal positions which result in a great deal of conscious and subconscious discomfort, arising out of the woodwork on a staggeringly frequent basis. Oftentimes, the response is to ignore and endure. However the larger question that begs an answer is whether there’s a need to handle things differently.

Tahira Kashyap faced one such incident of casual sexism and being the proverbial straw that broke the camel’s back, she found that the issue could not be addressed in silence. Shortly thereafter, she penned an open letter on Instagram, narrating the sequence of events, questioning the environment and circumstances which allowed it to be perpetuated.

The post itself was prompted by the happenings at a family gathering, where a distant relative remarked about how she ought to be feeding her husband more greens. According to Tahira, it is the subconscious and casual stereotyping which is the real problem, no matter how good the person who utters the hurtful words may be.

Of course, there are several other such incidents from our day-to-day lives which are rampant and perpetuate unhealthy notions of societal dynamics. 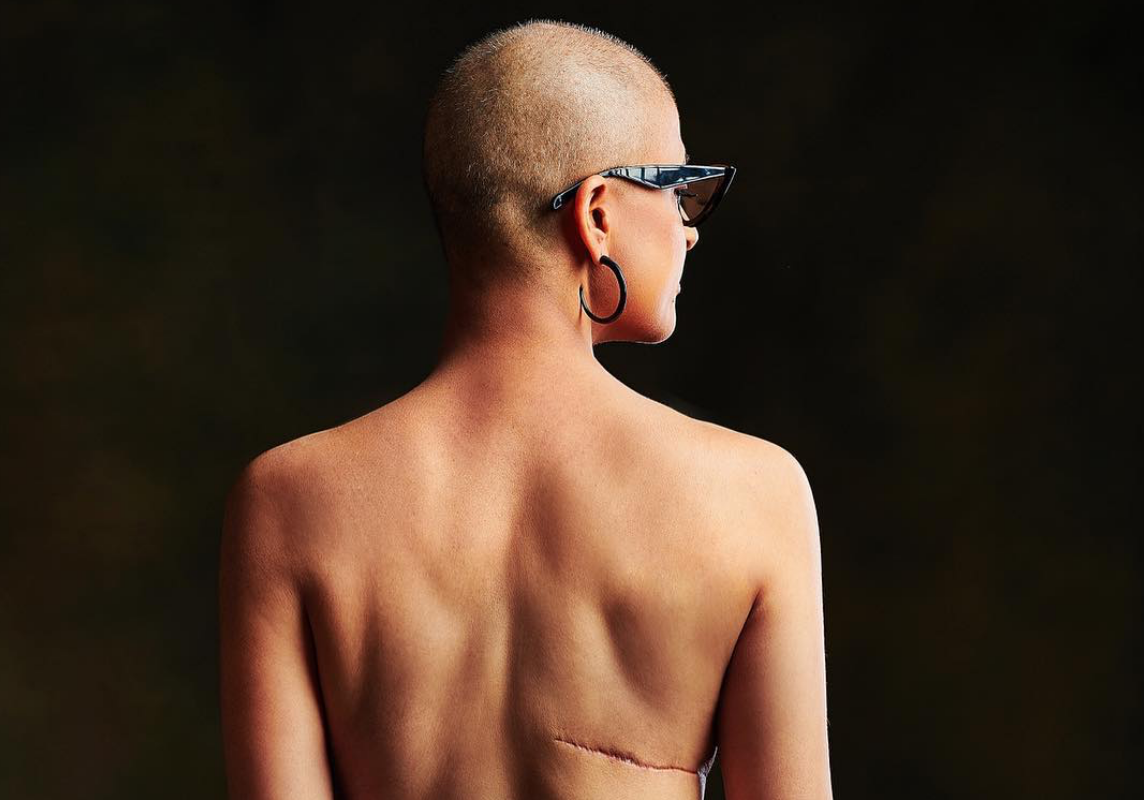 Sexism has permeated deep into our being and we have become more and more aligned towards tolerating or ignoring sexist behaviour; even going so far as to try and laugh it off. Indeed, Tahira recalled an incident narrated by her aunt, where two boys stalking them on a motorcycle stopped directly in front of her and groped her breast before casually riding away.

Significantly, her aunt’s reaction even years later was to laugh at the incident. However, it is evident that the evolution of this laughter has a far more painful and serious meaning. It is a defence mechanism in the face of the adversity faced.

Tahira extolls the need to break out of this shell, even if doing so requires paying the price of causing unpleasant situations. “Even before puberty, I was bottom-pinched.” Being abused by people close to them, is the sad reality that grips almost every single girl as she grows up.

In an interview with Barkha Dutt, Tahira narrated how she was not an exception. She spoke about how difficult it was even for her, who was fortunate enough to be within a progressive family, to talk about it. The entire incident was overwhelming, and she could only open up about the abuse she suffered as a child, after she had become a mother herself.

She said that “Keeping quiet and enduring in silence is unreal.” The security of the female child is paramount and girls should not feel guilty or pressurised, or feel like they have invited the abuse on themselves. She also stressed how absolutely crucial it was to have open communication within the family, as part of the remedy.

Another problem is the many means and forms that have perpetuated various stereotypes which exist today. Indeed, Indian cinema and other media have played a huge role in shaping this cultural mindset.

Casual sexism and other connotations abound in the lyrics, dance sequences and attire associated with various songs and films; to the point where we no longer even notice their surreptitious existence; but we should. In most cases, Tahira feels that the makers and producers themselves don’t know or recognise that they are continuing a cycle of oppression. 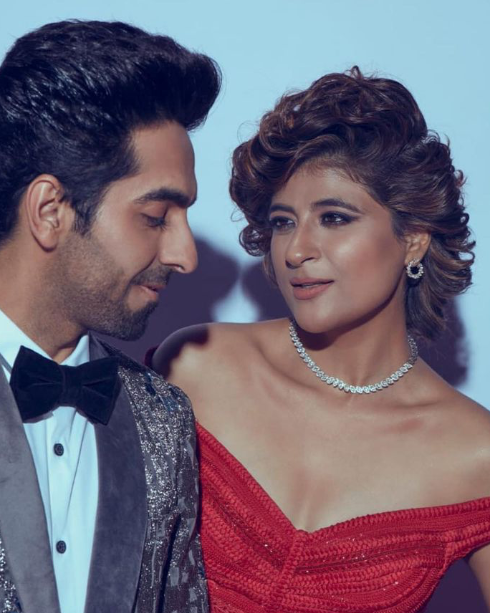 The need of the hour is contextual understanding. If we do wish to depict something, the way to do so is not to glorify it, especially when it concerns stereotypes. This includes the need for all of us to be mindful of the jokes that we crack and the context in which they are being made.

The truth is that women alone have to face several challenges in their day-to-day lives, such as thyroid and PCOD / PCOS issues, while the general mindset of society requires them having to prove themselves over and over again in a way that is not demanded of a man.

What makes this struggle even harder is the fact that in today’s society, a lot of women are very patriarchal as well. Hence, one aim of the open letter is to raise questions and provoke thought about subconsciously imbibed patriarchal ideas, by reversing the gender in the statements or situations which are envisioned, such as the notion that the kitchen of the house may be designed for the men of the house to cook together.

All of us need to at least question the notion that women need to thank their husbands or other family members for being allowed to do things, which a man would not need to do.

Another source of the problem exists through the concept of beauty being put on a pedestal, which is not an achievable mould for everyone. Those who cannot fit into the typecast mould end up facing deep complexes and issues because they are made to feel low.

The need to fit into the stereotypical notions of what is considered “beautiful” results in mental and physical burdens, and is something that actually affects both men and women today.

There is no easy fix or solution to the problems which plague us today. Tahira goes on to explain that part of the solution is for us to head towards being a more compassionate society and to accept everybody regarding the emotions that are experienced.

This feeling is not limited to girls, but includes anybody who has suffered. There is a need to create an environment where the victim can feel free and are able to express themselves about what they have faced. 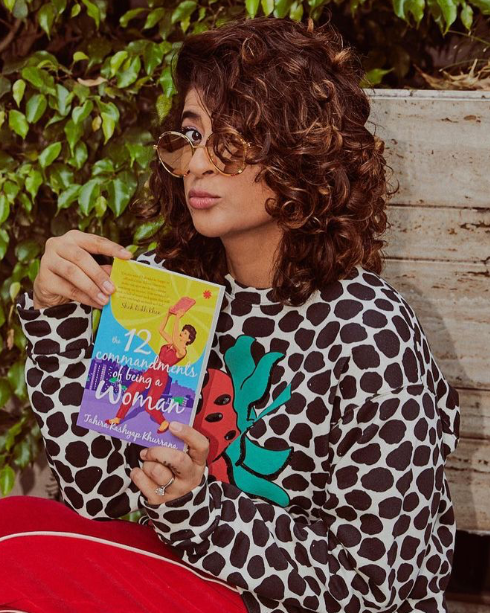 Unfortunately, what stands as a gigantic obstacle is the present form of social media and various online fora, which has become a hotbed of toxicity. For example, a woman who talks about gender issues is automatically typecast as being frustrated, or old, or haggard, or that she hasn’t had sex. Rape and murder comments soon follow and the vivid threats posted online resonate terribly with the real life experiences that victims have already undergone.

Tahira goes on to say that the thought process has to change from the very beginning, and it starts with the next generation of children who need to be able to have open conversations with their parents, guardians and well-wishers. It is our duty to not make allowances or differences, or to discriminate regarding their behaviour based on the gender of the child.

There is a need to widen our horizons. At the same time, the older generation should also engage in open communication to try and bridge the inevitable generation gaps which exist in their ways of thinking. In this communication, the idea that there are expectations based on gender roles are part of the change that must be brought about.

Indeed, open communication is the key to resolving many of the differences of opinion and disputes that exist today across every layer and group of society. It is imperative to understand that women don’t want to be put on a pedestal or superhuman or be granted superior rights – they only want their own space in the same way as is afforded to many of their male counterparts today, and we can start that by first looking at the way we may be introducing or perpetuating casual sexism in our day-to-day lives.

“How You Treat Fame is How Fame Will Treat You,” says Madhuri Dixit to Mojo Story
The Gendered Dimensions of the Ukraine-Russia War